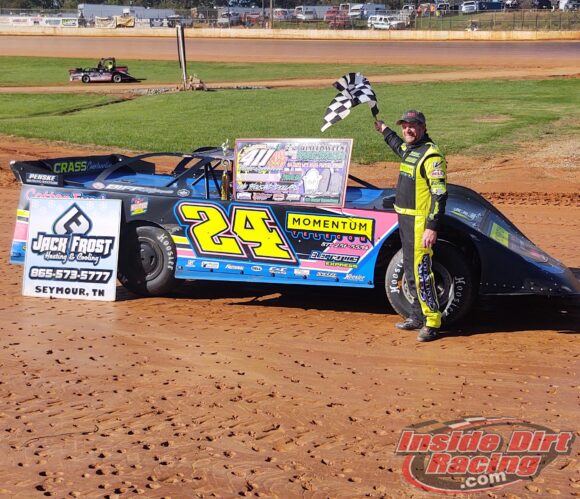 Cameron Weaver was fastest in CLM qualifying with a lap of 15.603 seconds around the 3/8 clay oval to top Greg Martin, Jed Emert, Zach Sise, Eli Beets and Anthony White.

Martin used his outside front row starting position to seize the early lead of the race when the green flag waved. Weaver, Emert, Sise and Beets trailed behind the front runner on the initial lap. However, a yellow flag waved at the end of the first lap to slow the action.

Martin reassumed control of the race when it returned to green flag competition. At the back of the top-5, Beets and Sise fought over fourth and fifth. At the front of the pack, Weaver closed in on Martin in hopes of challenging for the lead on lap 9.

With the race running caution free since lap 1, the top-3 of Martin, Weaver and Emert broke away from the rest of the field. Further back in the field, Beets was looking to move forward in the running order as he closed in to challenge Sise for fourth.

On lap 20, Beets made the move around Sise but Sise quickly employed a crossover move to retake the position one lap later. But a second caution flag waved on lap 21 when Layne Clifton lost a wheel.

On the restart, Beets was finally able to secure fourth as he moved by Sise. But ultimately, Martin maintained control of the race as he made his way to the finish line to score the win. 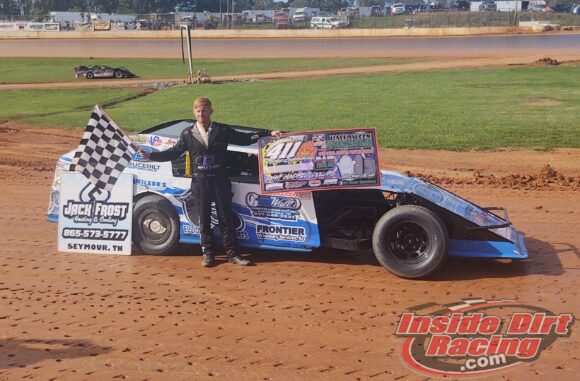 Clayton Miller was the Modified winner

Miller took the early lead over Barber, Brown, Hamby and Bunch at the start of the 20-lap feature. However, the first of multiple cautions slowed the action at the end of the first circuit. On the restart, Brown roared to second while Nantz moved in to challenge Bunch for fifth in a battle that would be waged throughout much of the feature.

By lap 8, Miller had built a lead of almost a full straightaway but that would be erased by a caution flag.

Nantz continued to march toward the front when he passed by Hamby for the final position in the top-5 on lap 12. But once again, Miller set about the task of pulling away from his pursuers.

Nantz eventually would take fourth away from Bunch with just three laps remaining. But no one would be able to threaten Miller as he cruised under the checkered flag for the victory.