Home Blogs Podcasts Did Kasey Kahne give a clue regarding his 2018 situation?

Did Kasey Kahne give a clue regarding his 2018 situation? 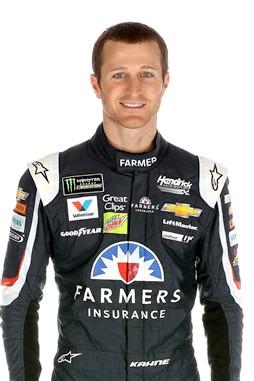 Speculation has run wild over the past few days and weeks regarding the futures of numerous NASCAR Monster Energy Cup drivers. Among those pilots whose future is in question is Kasey Kahne, driver of the Hendrick Motorsports No. 5 Chevrolet.

After being involved in an early race crash and falling by the wayside well before the halfway mark of the Quaker State 400 at the Kentucky Speedway on Saturday night, Kahne may have offered a hint as to where he will be in 2018 if he indeed does depart HMS.

Furniture Row Racing driver Martin Truex, Jr. was leading the event in the closing laps when Kahne took to Twitter to make what seemed to be an interesting, if not surprising, post for a driver who steers a car produced by a different manufacturer and prepared by different team from that of the race leader.

Kahne tweeted, “Damn that 78 is fast! I sure hope he still wins this thing. Totally screwed by caution because everyone does opposite of what 78 decides”

Why would a Chevy driver make a post cheering on a Toyota driver, especially when HMS teammate Chase Elliott remained on the lead lap with Truex?

Perhaps the simple explanation is that Kahne and Truex are friends and he was rooting on his buddy during a time in which Truex’s girlfriend, Sherry Pollex, was hospitalized after a recurrence of her cancer.

Or, perhaps Kahne was offering a clue that he is headed for the No. 77 car that serves as a teammate to the No. 78 driven by Truex. Speculation has it that current No. 77 driver Erik Jones is bound for Joe Gibbs Racing to replace Matt Kenseth following Kenseth’s revelation in Kentucky that he does not believe he will be back at JGR in 2018. If so, the No. 77 at Furniture Row could be open for next season.

When asked later if Jones would be leaving his team at the end of the current season, owner Barney Visser said that he did not have any definite plans for his second team regarding the 2018 campaign. He also offered that those plans would very much revolve around financing.

Throughout his career, Kahne has proven to be highly marketable, which could make him very desirable for any team owner in need of sponsorship.

Obviously, this is all speculation. But it remains very interesting that Kahne would issue a tweet favoring a driver from another team.