The second season for the XR Super Series will include at least 12 events with three of those features paying $100,000-to-win. Of particular interest to fans and competitors in the east Tennessee region is that Volunteer Speedway in Bulls Gap, Tennessee will be the site of one of those six-figure payouts.

The 2023 XR season will kick off at Florida’s All-Tech Raceway on Monday, February 20th with a $20,000-to-win affair. But it will be the second set of races that will bring the tour to Bulls Gap with a pair of $5,000-to-win lead-in features set to take place on Friday, March 24th setting the stage for the $100,000 show slated for March 25th. The other massive paydays will be handed out in April at Nebraska’s Off Road Speedway and in November in Las Vegas.

Other events with strong payouts are slated for Kokomo(IN) Speedway as well as Gondik Law Speedway in Wisconsin.

Here is the schedule released by the XR Super Series: 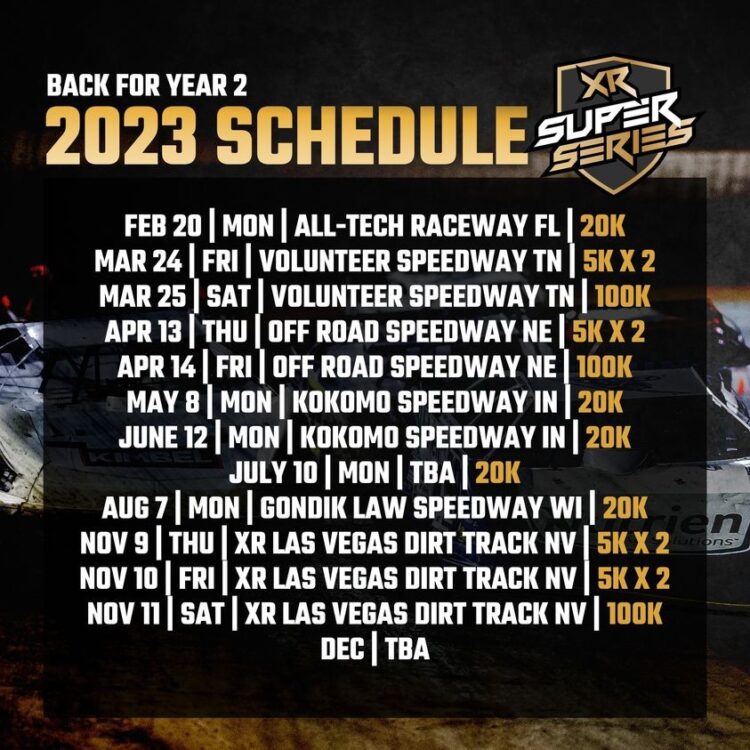