Here are some observations from Saturday night’s running of the World 100 at Eldora Speedway:

The race was won by Jonathan Davenport. 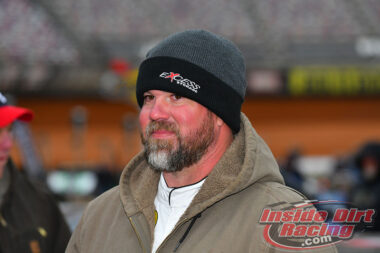 Davenport Reaching Historic Status: A few years ago, the achievements of legendary drivers Scott Bloomquist and Billy Moyer seemed unreachable, particularly in this current era of increased numbers of drivers and cars capable of winning races. But Jonathan Davenport is well on his way to reaching those numbers put up by the Hall of Fame members.

Specifically, Moyer’s total of six World 100 Globes seemed like a number that would not be surpassed. Now, Davenport is only one win away from tying that remarkable feat.

Saturday’s win was Davenport’s fifth World 100 to go along with one Dirt Late Model Dream victory. And of course, there have been scores of other crown jewel wins and other triumphs that have paid significant amounts. And consider that ‘Superman’ is only 38 years old which, if like Bloomquist and Moyer, he remains competitive to the age of 50 and even beyond, he could add many more historic wins.

“It’s crazy, it really is,” Davenport said in victory lane following Saturday’s main event. “I don’t know what it is about this place but I just love it. Ever since I figured out what I need with my race car, it’s just helped me learn even more. It’s just unbelievable to have my name up there with Scott and Billy and (Jeff)Purvis, any of those guys. I was not expecting this at all.”

Tachometers Disconnected: Prior to the start of the World 100 feature, it was announced that DIRTcar and Eldora Speedway officials had mandated that the tachometers in each of the cars to have qualified for the race be disconnected. Veteran racer and FloRacing.com commentator Randy Weaver speculated that it was likely a move meant to take away some sort of unapproved advantage such as traction control.

Later, Weaver would add that rumors often circulate throughout any dirt racing pit area regarding what some might be doing to gain an advantage. He pointed out that even if the disconnection of tachometers did not take away any advantage, the move by officials at least took away the speculation that there might have been something illegal going on related to that instrument.

Perhaps the purpose of the mandate was to simply let competitors know that officials suspect something and they are willing to take drastic measures to combat whatever it might be.

B-main Additions: Early in the evening on Saturday, it was announced that Eldora Speedway owner Tony Stewart had decided to increase the field for the World 100 to 28 cars rather than the customary 24. As a result, the two B-main races would each add four cars to the feature rather than the typical two transfers per B-main.

Ordinarily, there are six heats with the top-3 from each moving on to the feature then two B-mains accounting for two more entrants from each in past years. Two provisional starters have historically brought the total to 24 machines on the starting grid.

Stewart and the track thus increased the total purse for the event by a little more than $20,000 since the payout included $5,200-to-start incentive. 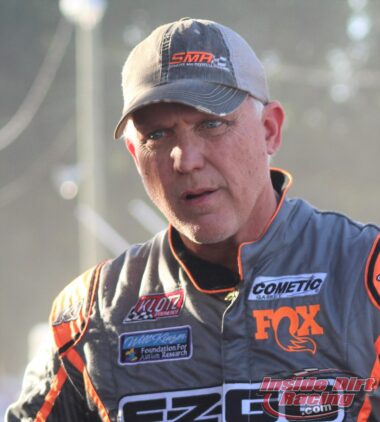 Benefitting from that move were veterans and former Eldora winners Dale McDowell and Scott Bloomquist from the first B-main along with Spencer Hughes and Stormy Scott who finished third and fourth respectively in the second B-main.

McDowell triumphed in one of this year’s $12,000-to-win preliminary features on Friday night.