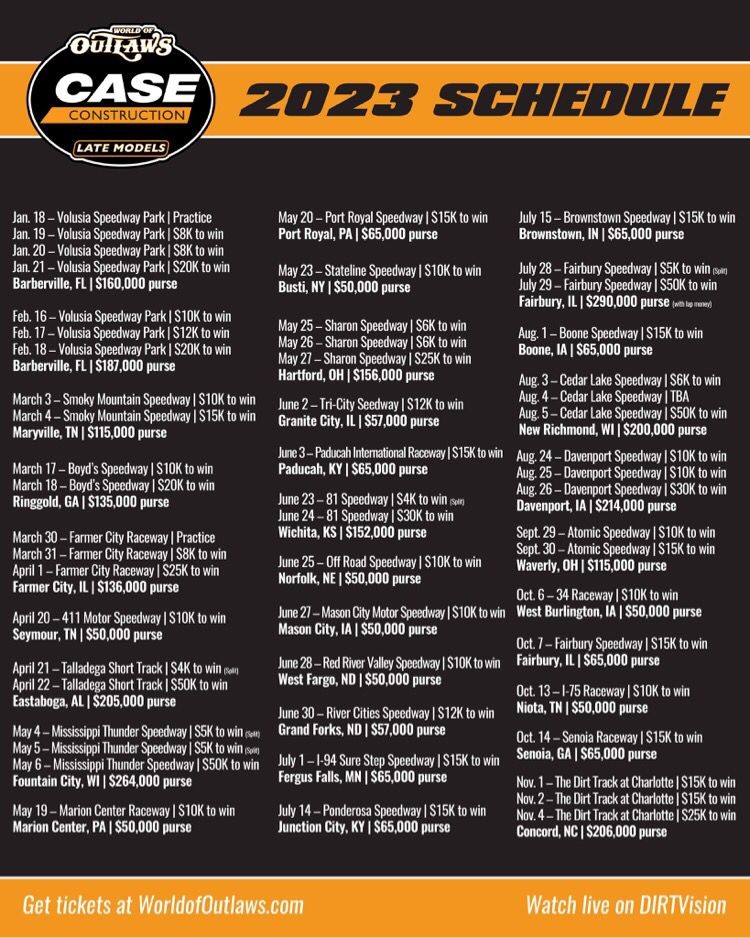 The World of Outlaws CASE Construction Late Model Series has released its 2023 schedule and that slate features a number of events set to play out within the region located around the home base of InsideDirtRacing.com. No fewer than seven feature events are slated play out on tracks easily reached by a two hour or less drive from Knoxville, Tennessee.

The tour will kick off in a familiar location as once again the drivers and teams of the WoO Late Model Series will begin their season at Volusia Speedway Park, making two separate trips to that location. A pair of $8,000-to-win events will get the season underway at the Barberville, Florida facility on January 19th and 20th which will be immediately followed with a $20,000-to-win race on January 21st.

The national touring series will make its first journey to Tennessee on March 3rd and 4th for $10,000 and $15,000-to-win races held respectively at the newly reconfigured Smoky Mountain Speedway in Maryville, Tennessee. Two weeks later, the WoO Late Models will venture just slightly outside the state of Tennessee when it rolls into the Boyd’s Speedway in Ringgold, Georgia for a pair of races paying out $10,000-to-win on March 17th then $20,000-to-win on March 18th.

Seymour, Tennessee’s 411 Motor Speedway will play host to the stars and cars of the World of Outlaws Late Model Series on on April 20th when it offers up a $10,000-to-win show. That race will be followed up by three straight nights at the Talladega(AL) Short Track with a monster $50,000-to-win feature set for April 22nd.

Not terribly far from Knoxville, Ponderosa Speedway in Junction City, Kentucky will provide a mid-summer racing venue for the tour on July 14th with a $15,000-to-win event.

The series will dip back into the region for the final time on October 13th with a $10,000 race at the I-75 Raceway in Sweetwater, Tennessee which will be part of a double header weekend with Senoia(GA) Raceway the following day.

As usual, The World of Outlaws will end their 2023 campaign at The Dirt Track at Charlotte with a three-night set of races to be held between the dates of November 1-4. Once again, a pair of crown jewel events will populate the WoO schedule with the popular Prairie Dirt Classic at Fairbury(IL) Speedway serving as one of the highlights of the season on the weekend of July 28th and 29th along with the USA Nationals at Wisconsin’s Cedar Lake Speedway on August 3-5.

All totaled, nine separate features out of the 53 races on the slate are set to pay out $25,000 or more to their eventual winners. 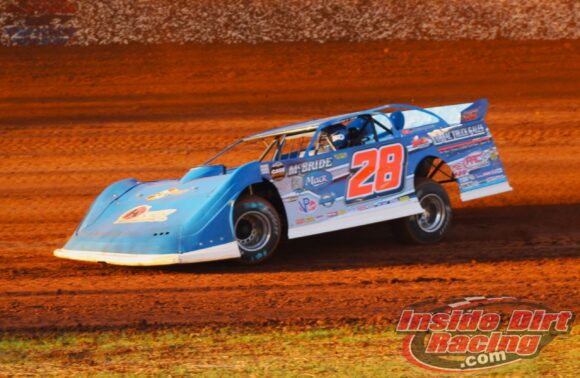