Home Features Where did that nickname come from?

It seems as if every dirt racing driver has a nickname. It’s readily apparent where some of them came from such as ‘T-Mac’ for Tim McCreadie and ‘Mac Daddy’ for Dale McDowell. But others may not be quite so obvious. So, we asked several Dirt Late Model stars where the nickname came from.

Here are their answers: 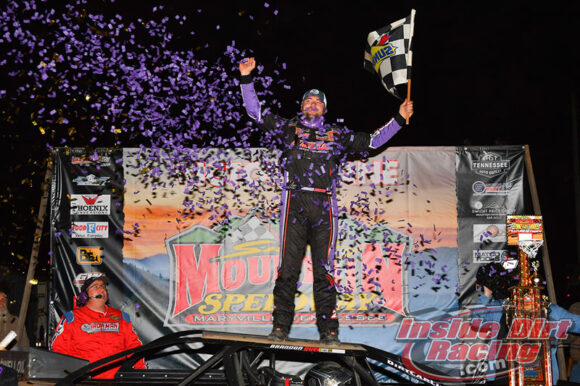 “Big Sexy” Brandon Overton– “The first person I really ever drove for, George Trull, he used to just hang out at the shop in Evans while we worked on the car. I was short and fat and they just started calling me that. Then everybody who came over there heard him say it and they just started calling me that. I was about 13 and since then, I’ve had it.”

Chris “Smokey” Madden– “Just around the shop years ago when I first started racing, I always talked about Smokey and the Bandit, it was my favorite movie. They just started calling me Smokey in the shop and it’s stuck with me ever since. That’s been my nickname pretty much ever since I’ve been doing this for 25 years.” 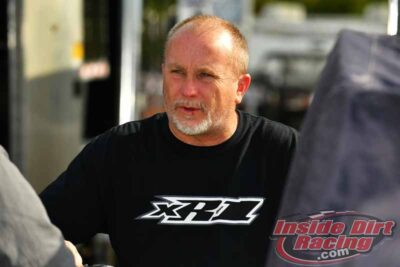 “The Newport Nightmare” Jimmy Owens (from Newport, Tennessee)- “Somebody has been calling me that forever. I think Ozzie Altman started calling me the Nightmare down at Brunswick when I was driving Scott Russell’s Modified down there when it was the big track. We had raced a lot of pavement, my brother had, and we had that old Modified set up like a pavement car and it had a 15 degree Clements motor in it. We put it on them pretty bad and that’s where the Nightmare came from.”

“Killer” Kyle Bronson– “An announcer over in Ocala(Florida), we were winning quite a bit of Modified races there, and he just started calling me that around 2012. It worked out pretty good, I guess.”

“The Hurricane” Earl Pearson– “It’s been years ago, about 2008, I had two guys on my crew and we were racing at Eldora. When I left home to go up there to race there was a hurricane that was coming straight to Florida and it was named Earl. We raced the race and ran really good that night, I don’t know where we finished. And we got back on the TV and was watching it(hurricane coverage) and it came right to the coast and turned and went back out.” 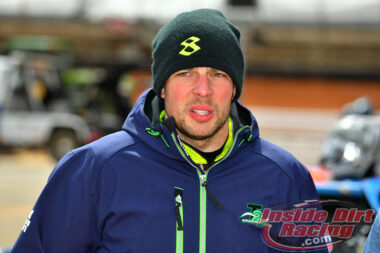 “The High Side Tickler” Kyle Strickler– “It started when I was driving for Harris Auto Racing and all my buddies out there in Boone, Iowa. It used to be the ‘High Side Flyer’ and those guys brought me a car back and Tom Hughley was one of the guys who was helping me out then and he drove the car back. We were having a few adult beverages and I used to make a drink we called the ‘Strickler Tickler’, a liquor drink, and after we got some of that in us Tom decided to write High Side Tickler on a piece of masking tape and put it on the race car. That was kind of the end of the ‘High Side Flyer’. We went to the Harris Clash at Knoxville Raceway and we told the announcer about it and he started announcing me as that. Fans were coming out of the stands wanting to buy apparel for the ”High Side Tickler. We realized we were on to something there. There’s so many racers in this industry and you’ve got to do something to stand out from the crowd.”

“Superman” Jonathan Davenport– “I really don’t know to be honest with you. I think it came from one night when we were at Tri-County for a Tennessee Thunder race. My graphics guy just started putting the Superman ‘S’ on the roof of my car. It was actually in with his graphics logo. After he put it on my roof the announcers just started calling me that and we just rolled with it.”

Turn 2 Blog: Just how much money can Chris Madden win?