Home Blogs What are we supposed to do now?

What are we supposed to do now? 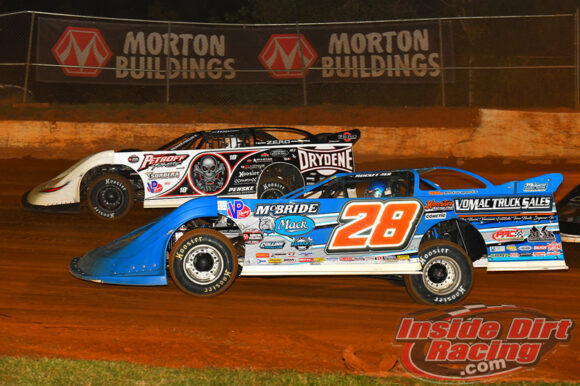 You can never have too much racing action, can you?

The three week span between late January and early February ranks as one of my favorite times of the year. It’s a racing extravaganza, and for someone who has as much passion for the sport as I do, it’s has the same significance as Christmas to a child. But the end of that time of year invariably brings about a bit of a letdown.

Where did all the racing go?

Looking back on my racing calendar, I just realized that I watched some sort of a race over 20 of the past 23 days. Thanks to the television networks and the streaming services that cover the sport as well as a couple of trips to the track, events involving Dirt Late Models, Pavement Late Models, Sprint Cars, Modifieds, and NASCAR have been keeping me busy and entertained.

But now those races are all gone until the weekend. The weekend!?! That’s four full days away.

Seriously, though, the time of year when the grind of the “real” season begins with weekend after weekend of racing sandwiching around untold hours in the shop and countless miles logged from one track to the next. While racing night after night during SpeedWeeks is tough, the amount of travel for race teams is somewhat minimal with multiple events often taking place at the same venue before moving to another locale within the same state.

While some may think that those who race for a living are in fact living the dream, this is no easy life. Frequently, weeks can be spent away from home and family. Sometimes the reward of victory may soothe the exhaustion and the homesickness, but the sting of defeat will amplify those feelings all the more.

As a fan, I appreciate the fact that racers and promoters are willing to do what they do to bring enjoyment to the lives of fans. Having something we can look forward to on the weekends is what gives many of us the ability to get through the work week.

While I realize those involved cannot keep up the frenetic pace of January and February all the time, I will still miss the fact that I was coming home almost everyday this past month knowing that one or more races would be keeping me entertained that night.

So, what are we supposed to do now?

I will be back at a racetrack this Sunday(Feb. 21) for the DIRTcar Xtreme Racing Series event at Cherokee Speedway in Gaffney, SC. This website will be providing live updates and full coverage of that event.