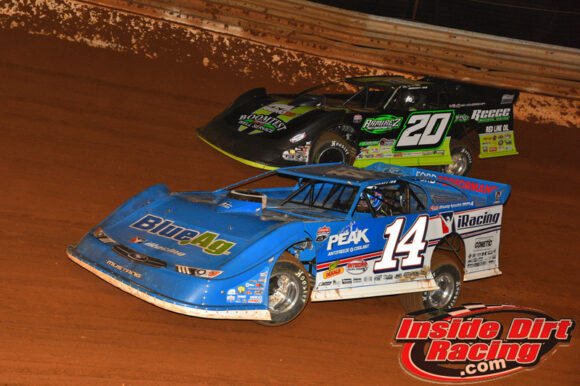 Why would a dirt racing promoter want to host a national touring series when he/she could simply stage an unsanctioned race paying the same $10,000-15,000-to-win purse without having to hand over a sanctioning fee to either the World of Outlaws Late Model Series or the Lucas Oil Late Model Dirt Series?

Well, there are multiple reasons why the promoter of a major Dirt Late Model race might want to bring in a national series rather than attempt to go it alone. The guaranteed appearance of star drivers and the number of cars those tours bring would be key reasons for enlisting a series instead of going the unsanctioned route.

Further, letting the series handle the duties of officiating the event and benefiting from the promotional value provided by national tours can also help to prevent potential headaches and bring in more fans, and thus more revenue to a track.

Perhaps nothing in terms of race promotion sells more tickets than star drivers. Fans knowing for a fact that drivers such as Jonathan Davenport, Jimmy Owens, Brandon Sheppard or Scott Bloomquist will be in competition is certain to encourage many to not only attend a race at a nearby facility but also to make a trek of hours to occupy a seat at a particular venue. The guarantee of getting to watch a favorite driver or even one that is not liked can not only push fans to the gates but might also entice them to upgrade from a regular grandstand ticket to a pit pass which would, of course, result in greater revenue for the track.

And along with more fans buying pit passes, the national tours bring drivers with them. Obviously, those who run the series on a full-time basis will journey to every show run under that particular sanction. Those drivers and their crew members will have to buy pit passes when they enter the gate which will increase the track’s financial intake.

It is interesting to note that over the past five years the number of drivers who actually run a series from beginning to end on either the WoO Late Models Series or the LOLMDS has remained very consistent. With that being the case, promoters can be assured that a certain number of racers will follow along with the series which will help their car counts for that race once the regional competitors are factored in. 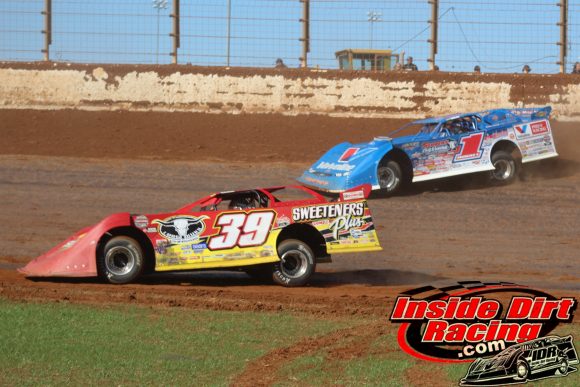 Since 2015, the World of Outlaws Late Model Series has averaged having 10 full-time drivers each season. Currently, nine drivers and their teams have made it to each race contested on that tour during this campaign. While that may not seem like a high number, it has to be considered that the outright dominance shown so far this year by Brandon Sheppard might have discouraged some from sticking with the entire schedule.

The Lucas Oil Late Model Dirt Series has averaged just over 11 full-time drivers during that same time period. In 2019, a total of twelve racers have ventured to each event. That number has been hindered by the fact two regulars on the series, Scott Bloomquist and Don O’Neal, missed multiple races due to injury. The Clint Bowyer Racing team that prepares cars for O’Neal has made every race, however, as they enlisted Michael Norris to handle their car during the former champion’s absence.

LOLMDS reached a high water mark for drivers on tour in 2018 with 13 but that number was also hampered by an injury as Hudson O’Neal dropped off the series about two-thirds of the way through due to shoulder surgery.

As can be seen, the national tours average keeping about 21 drivers in total on the road with them each season. With the expense of such an undertaking as well as the time and travel involved, that number would seem to be a noteworthy one in modern times.

As was mentioned above, having series officials on the scene of a race rather than having to manage the competitors alone surely must help the promoter avoid headaches. Further, each of the two national series promote heavily through their websites, social media, signage and otherwise which will serve to benefit the track as well.

This weekend both national series will be in action which means promoters will have the opportunity to take advantage of all the benefits mentioned above.

The World of Outlaws Late Model Series has a three-race weekend planned with events scheduled for Lavonia Speedway in Georgia, South Carolina’s Cherokee Speedway, and 411 Motor Speedway in Tennessee. Those races are set to begin on Thursday and will run through Saturday.

The Lucas Oil Late Model Dirt Series will stage a two-race weekend with a Friday night show at Raceway 7 in Ohio then the Pittsburgh Pa. Motor Speedway the following night.