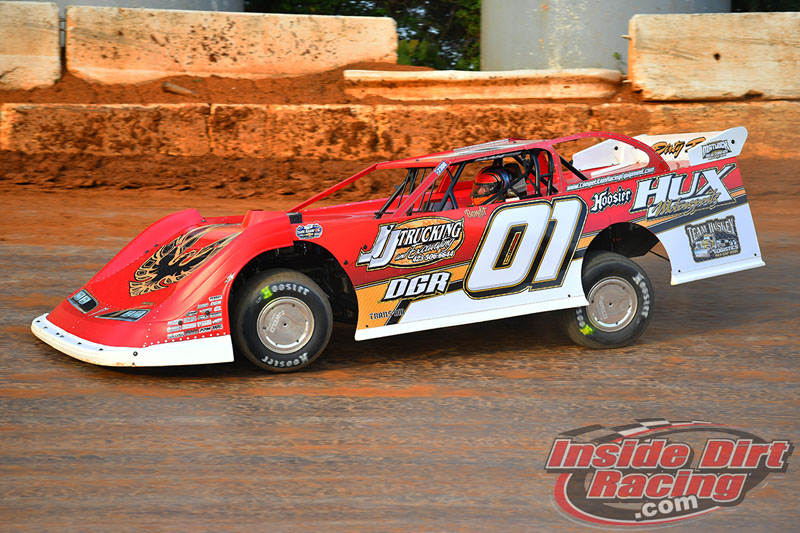 Jason Welshan led all 71 laps in the J.T. Kerr Memorial

Jason Welshan has won a lot of races in his 25+ years of racing. But none was bigger than his win in the J.T. Memorial race at 411 Motor Speedway on Saturday night.

Fifty cars were signed in for the Crate Racin’ USA sanctioned race vying for the $10,040 first place prize. Welshan won his heat race to earn the outside pole for the 71-lap main event. Cameron Weaver, Ricky Weiss, and Hayden Cardwell were the other heat race winners. Weaver’s win netted him the pole for the feature.

When the race started, Welshan used the outside line to take the early lead over Weaver on lap one. Weaver tucked him behind Welshan as Cardwell and Mack McCarter battled for fourth. Those two would battle for several laps until McCarter took control of the position.

Following a lap 6 caution, Weaver came under fire from Weiss for second. The two traded the spot a few times before Weiss grabbed the position until another caution waved on lap 11 for the slowing car of Chase Elliott driving a CVR house car.

Weaver would retake second from Weiss on the next restart. Just outside the top five, Cory Hedgecock was moving through the field after starting the race from the 11th position. Hedgecock would take fourth from McCarter just before a lap 18 caution.

With each restart and battle for second, Welshan would move out to a comfortable lead. As the field turned in a lengthy green flag run, Weaver and Weiss were able to run down Welshan who was mired in slower traffic. Once Welshan got away from the slower traffic, Hedgecock used the run to take third from Weiss.

Hedgecock would continue his move forward by taking second from Weaver just before a caution came out on lap 43. Hedgecock tried to stay close to Welshan after the restart, but the handling on Hedgecock’s car began to go away. Weaver began pressuring Hedgecock for second.

Meanwhile, Weiss and McCarter battled for fourth for much of the second half of the race. The duo traded slide job after slide job in the best battle on the track. McCarter would finally take the position prior to the race’s final caution on lap 60.

On the restart, Welshan pulled away once again as Hedgecock tried to hold off Weaver for second. Welshan would cruise over the final 11 laps to seal the win. Weaver finished second and Hedgecock held on for third.

“I’ve won a lot of races in my career, but this is the first $10,000 to win race I’ve ever won,” Welshan said after the race. “The car was so good and I can’t thank everyone enough that helped me get this win.”

The win was an emotional win for Welshan, who was good friends by local racer Clyde Stanton who passed away last week”

“I lost a good friend last week,” and emotional Welshan said. “Clyde Stanton, we lost him last week. We were such good friends. I feel like Clyde was riding with me. Clyde, this win was for you.” 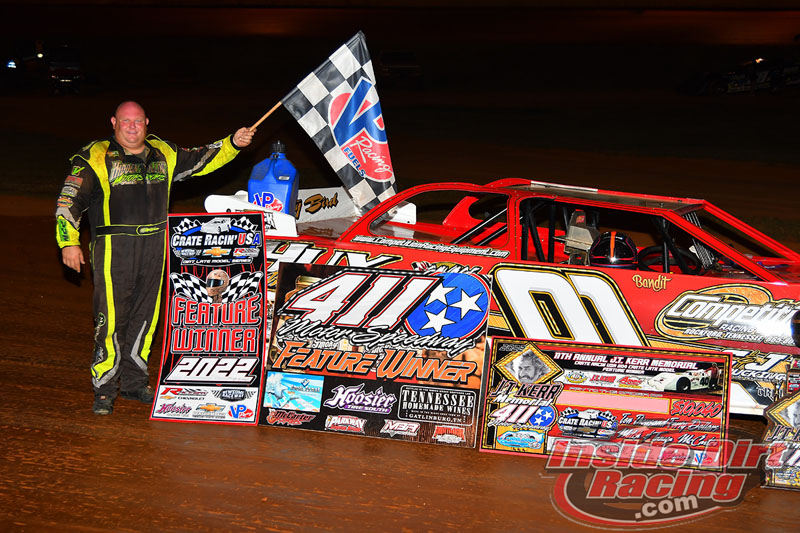 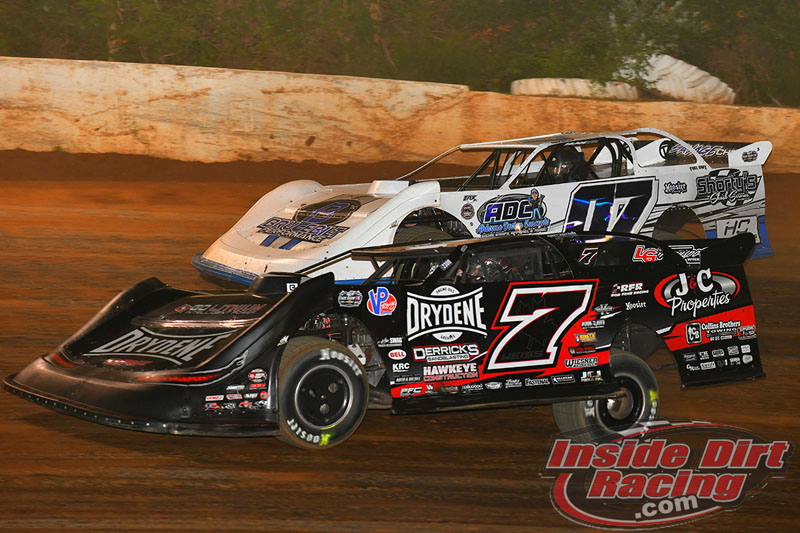 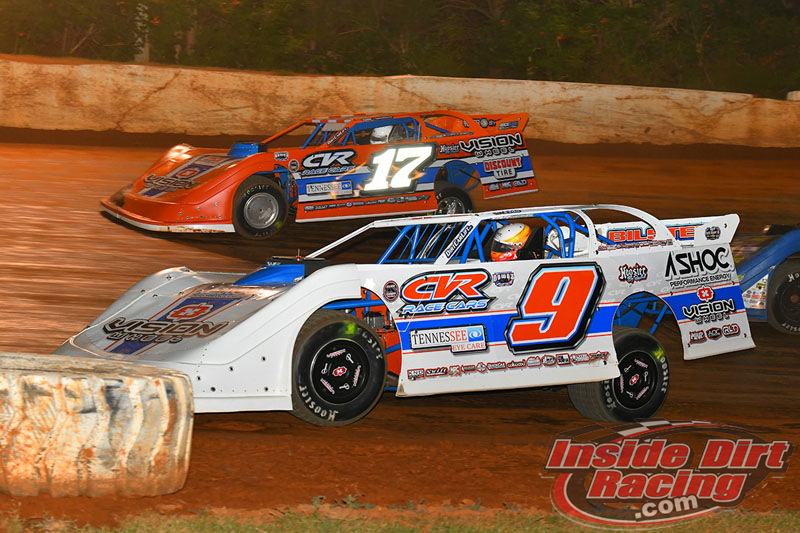 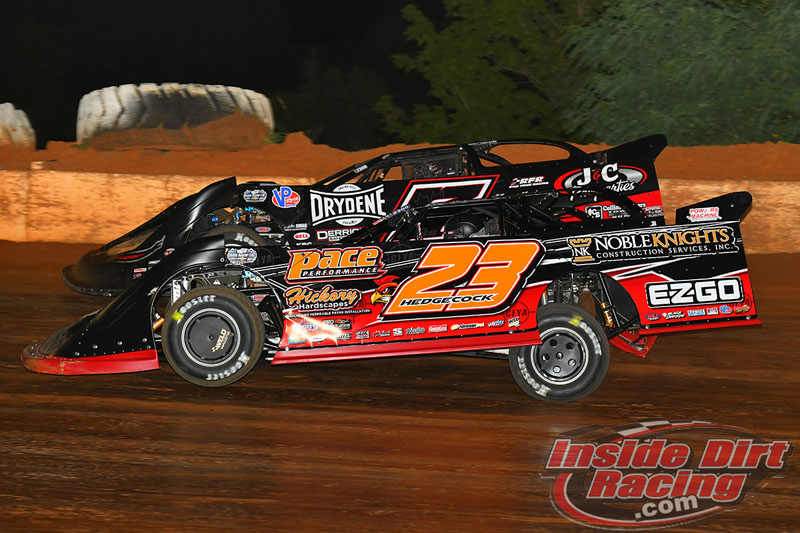 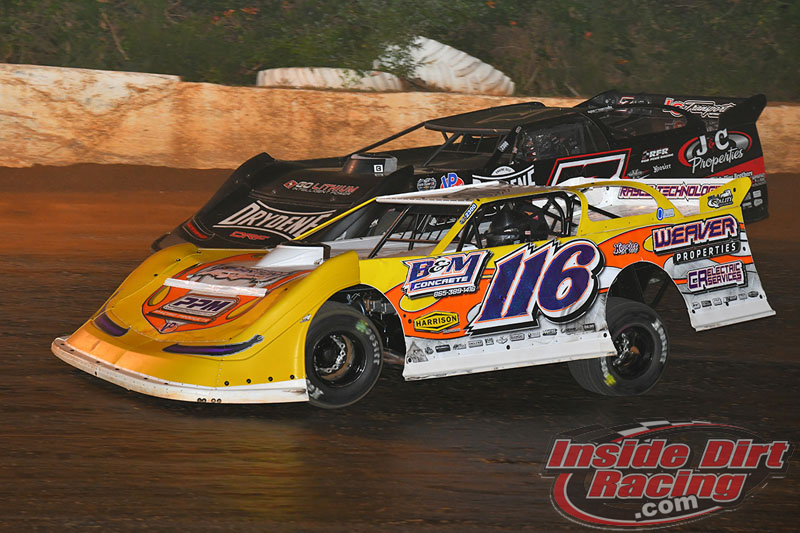 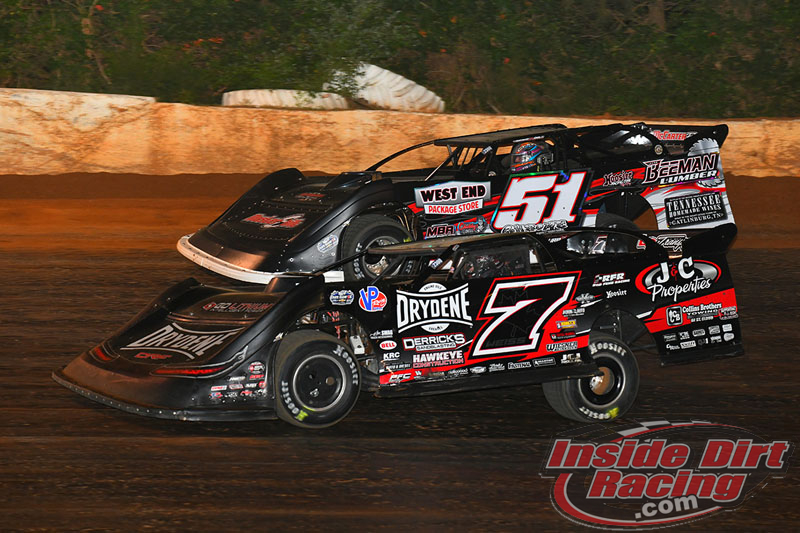 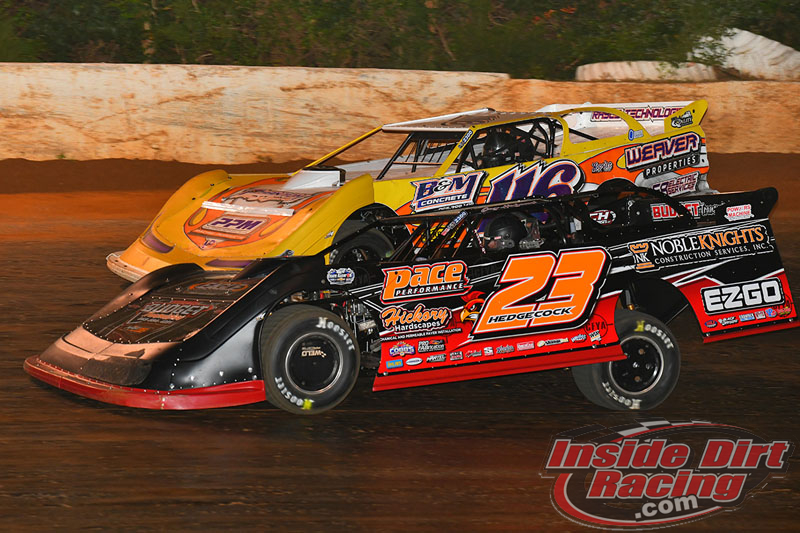