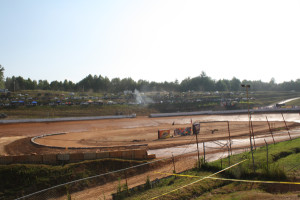 Wartburg Speedway will be under new leadership in 2014. Raymond Shepard has moved from the Spring City Raceway after running that track for the past two years to assume the roles of track manager and race director at Wartburg.

Shepard believes that the experience gained from his previous track as well as that of his time as a street stock racer over the past 14 years will help him in the running of Wartburg. 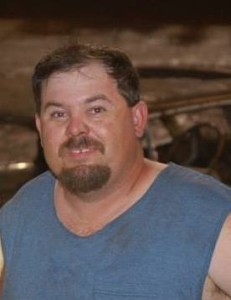 While promoting at Spring City, Shepard was involved in all aspects of running that facility. “I did track prep, made sure the concession stands were ready to go, mowing, watering the track and maintenance.”

But at Wartburg, Shepard will be free to concentrate on seeing that the track offers the best show possible. “Mike’s got his own guys,” Shepard said of the general maintenance needs of a race track. “But if they need help, I don’t care to step up and help them.”

So what are the plans for how the track will offer a great product for fans?

“I think we’re going to have some big races, big races for all the lower classes,” Shepard declared. “That’s the main thing. The classes that have grown, we’re going to try to help them out with some good races.

As far as the competitors are concerned, the new track manager believes they will be happy with what Wartburg will provide for them.

“As of right now, we’ll be running eight classes,” the man known as ‘Rightfoot Raymond’ pointed out. “We had meetings with four of the classes this past Saturday and everything went pretty good. We’re going to try to look at the purses in all classes and have good payouts for them.”

Shepard will be serving as race director each Saturday night and promises to give his best effort to see that each race is called fairly.

“When me and Kittrell started talking about this, I thought it was a pretty good deal,” he added. “He told me I could bring some of my own people. I’m bringing my own tech men in and my own scorekeepers.”

Among the officials who came with Shepard from Spring City are his wife Libby, Mike and James Messamore, Danny Ware and Jordon Gregory.

Wartburg Speedway has a lot going for it according to Shepard. “This is a good facility and it has good car counts and fan counts. The place is packed for the weekly show. You wouldn’t believe how early those fans get there for their spot in the tier parking.” 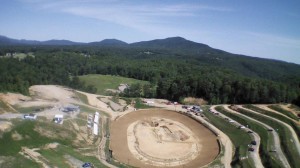 The quarter-mile track’s season will get underway in late March with a couple of test dates. The first weekly race is set for April 5th. Click here to view their entire schedule.

“I’m really looking forward to working with everyone there,” Shepard concluded. “I really want to thank Mike Kittrell and his family for this opportunity.”