Richard: The 2019 Dirt Late Model season is rapidly coming to an end. As a matter of fact, the Lucas Oil Late Model Dirt Series has closed out its schedule while the World of Outlaws Morton Buildings Late Model Series has one weekend remaining when it takes to the track at The Dirt Track at Charlotte for the World Finals in early November. Of course, there are still numerous regional tour races and unsanctioned events left to play out before we reach the official end of the year.

One thing that has been made abundantly clear throughout the course of 2019 is that Brandon Sheppard and the Rocket Chassis house car team have been dominant as that car has pulled into victory lane well over 20 times. And more, Illinois driver has already wrapped up his second WoO Late Models championship to go along with all of those victories.

Some like to point out that Sheppard piled up the wins that he achieved by running a national touring series that was lacking in competition compared to the LOLMDS. This was particularly pointed out when 2018 champion Mike Marlar opted from the beginning of the campaign not to run the full schedule and then Chris Madden, who had finished in the top-3 of the standings each of the past two seasons, dropped off the tour before the halfway point.

However, the counter to that argument is to show that Sheppard won four crown jewel races(Dirt Late Model Dream, Prairie Dirt Classic, Dirt Million, Dirt Track World Championship). In those races, everyone who is anyone showed up and the No. 1 car beat them all to earn close to $350,000 from those features alone.

There is no doubt that Sheppard has had an extraordinary season in 2019. How do you rank his accomplishments? 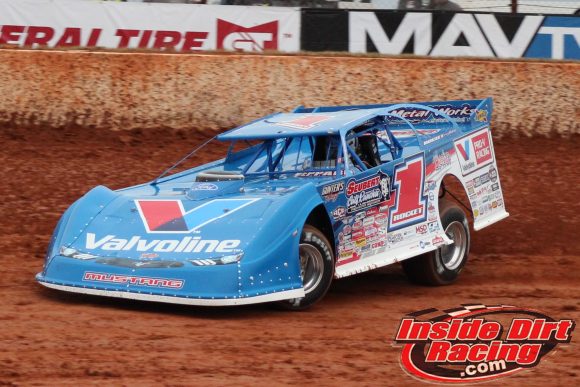 Michael: A lot of people like the use the 2015 run by Jonathan Davenport as the standard for a dominating season on a national level. Sheppard’s 2019 season tops that and it’s not even close.

There were 3 races this year that paid $100,000 or more to win. Sheppard won all 3 of those races. Some folks may want to poo-poo the fact the Outlaws don’t have the competition that Lucas has. I get that. I’m taking those out of the equation, to a degree. Winning close to 20 series races regardless of the competition is nothing to take lightly. As you said, the best of the best were in the 3 big money races he won. That speaks for itself. People should also keep in mind he nearly won the USA Nationals in August which would have been another $50,000.

Richard: Also don’t forget that Sheppard recently won a $15,000 race at Fairbury American Legion Speedway driving his family owned car rather than the Rocket house car so his big wins were not even limited to those he earned while driving for Mark Richards.

In terms of chassis brands, the 2019 season started off as if it might be a run of complete domination by Rocket Chassis led by Sheppard and Longhorn Chassis led by Jonathan Davenport.

And indeed, those two brands did score a great many victories along the way and collected the two national series titles as Davenport grabbed the LOLMDS crown. However, Sweet-Bloomquist Race Cars really came on strong during the middle of the season when Chris Madden piled up crown jewel wins during the month of August. And more, Shane Clanton led a charge for Capital Race Cars that saw him pick up significant wins from July through September in those Georgia-built race cars.

It’s always interesting to me to see which chassis bolts out of the gate with the early advantage after having learned something new over the winter and then watch the others catch up as that new information filters out to everyone else or the other brands find their own secret formula during the course of the season.

What has stood out to you so far regarding chassis brands in 2019? 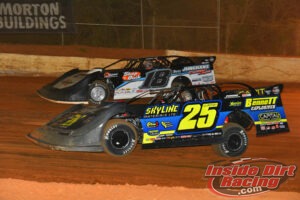 Michael: A few things stood out to me.

As you said, Rocket started out on fire and remained pretty hot throughout most of the season. Longhorn remained step-for-step with Rocket until the halfway point. Longhorn never faded out, but their success was more sporadic than was Rocket’s.

I really thought Capital was left for dead until Clanton started driving the Bruening car. I don’t know what they’ve found, but I suspect Marshall Green has been fielding more phone calls as of late from people wanting to place an order.

I think Stinger has made a bit of a comeback locally. Chase King racked up a number of wins. And Michael Page won another Dixie Shootout in a Stinger. Those guys have worked hard to get up off that mat and are seeing some positive results.

On a completely different note, it appears C.J. Rayburn is closing his shop for good. Sad to see somebody involved in the sport for so long having to sell everything and close the doors instead of a family member taking over or someone willing to buy it.

Richard: And finally, as the season closes out and we head into the off-season, or silly season, as it is often called we will no doubt be learning information of schedules, driver changes, chassis and engine changes, and teams opting to run or not run particular national or regional tours in 2020.

We know, for example, that some sort of change is coming to Dunn-Benson Motorsports after that operation parted ways with driver Devin Moran. Whether that team will remain on the LOLMDS tour or race regionally with another driver or even if it will continue at all is not yet known.

Another topic of interest is what becomes of Chris Madden. After splitting with Skyline Motorsports, he linked up with Scott Bloomquist and his business manager Cody Sommer to go on an incredible tear that saw him reel off several big victories. Will he remain in that ride and will he go on tour? Or, will he go in another direction?

And furthermore, will Scott Bloomquist himself rejoin one of the national tours or will he do as he did following his injury in which he ran a pick-and-choose type of schedule?

Of course, there will almost certainly be some drivers, teams, crew members, series, and sponsors that we are not even considering who will make moves.

What types of things are you looking for over the next few weeks and months? 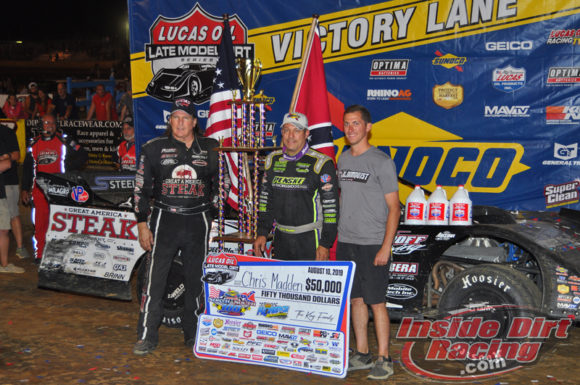 Michael: I am always looking for new schedules to find out where I may be going the following year. I’m curious to see what kind of driver changes remain. About a month ago, it looked as if there were going to be quite a few significant changes. Some of those are still in play, but others seem to going nowhere. I’m also waiting on our area tracks to release schedules to see what types of things they are planning, especially after the news Tazewell will no longer hold of Lucas Oil Late Model Dirt Series race.