Richard: While the national touring series may get the bulk of the attention in the Dirt Late Model world, the regional tours had a weekend that provided opportunities for young racers to begin making a name for themselves and for veteran campaigners to add to their legacies. The Ultimate Super Late Model Series and the Southern All Star Dirt Racing Series each staged events that had first time winners in the particular series. The Schaeffer’s Oil Spring Nationals had a veteran victor and a driver who was in need of a boost.

Former Ultimate champion Zack Mitchell scored a win in that series on Friday at the Laurens County(SC) Speedway but a first time winner came on Saturday night when Cla Knight took the checkered flag at Lancaster(SC) Speedway. It was the first win on this tour for the South Carolina native who now sits third in the overall standings.

Payton Freeman entered Saturday’s Southern All Stars feature as the points leader on that tour despite the fact that he had not yet won a race. That ended when the checkered flag waved and Freeman made his way to victory lane. It was his first series triumph and served to expand his points lead.

Dale McDowell added to his trophy collection on Friday night at Crossville(TN) Speedway. Then the Ray Cook-promoted tour produced a winner who was in need of a boost. Tanner English recently dropped from the Lucas Oil Late Model Dirt Series but scored the most lucrative win in the history of Clarksville(TN) Speedway on Saturday night.

While longtime winners adding to their already impressive totals is always newsworthy, fresh faces rolling into victory lane helps keep the sport fresh. It never hurts to see these young stars prevail, does it? 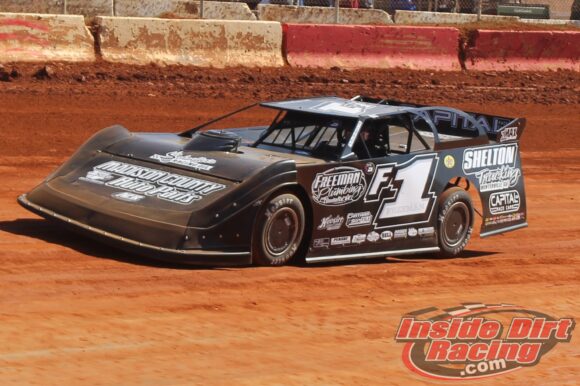 Payton Freeman picked up his first Southern All Stars win

Michael: It doesn’t hurt, it helps a lot. Just like in other sports, the young stars start to rise as the accomplished veterans begin to wind down their careers. Young stars create excitement for the fans, especially for the younger fans.

If you look at the national level, you see drivers like Brandon Overton, Bobby Pierce, Tyler Erb, Hudson O’Neal, and others that are having success and how there is an excitement around their success. And look at some of the young drivers in our area like Cory Hedgecock, Kyle Courtney, Jed Emert, and others. When any of them win, there are always lot of cheers from the stands. There’s just something exciting about a new group of drivers coming in and winning on a regular basis.

Richard: Sticking with the local and regional theme, we have now reached the portion of the calendar in which we can see who is going to race where. With fewer and fewer tracks running weekly shows there are not as many options regarding where competitors might race as there has been in the past. Having fewer options in terms of where to race, however, is not really the case in terms of regional series with no fewer than five Super Late Model regional tours staging races within a 2-3 hour drive of the Knoxville area. There is a race of some sort involving a touring series somewhere near our area pretty much every weekend.

With that said, Super Late Models on the regional level have had a tendency over the past few years to get a bit stretched out. It seems as if some of these series eventually boil down to as few as two to four drivers sticking to the tour and competing for a championship. And ultimately, these events often turn into many of the same drivers racing against each other from week to week under different series names.

Keep in mind, I am not complaining about the number of races. It’s just that it seems to boil down to there being weekly shows that just happen to be taking place on different tracks.

With numerous touring series for Supers and fewer tracks running on a weekly basis, do you feel like local and regional racing has become almost a travelling weekly show? 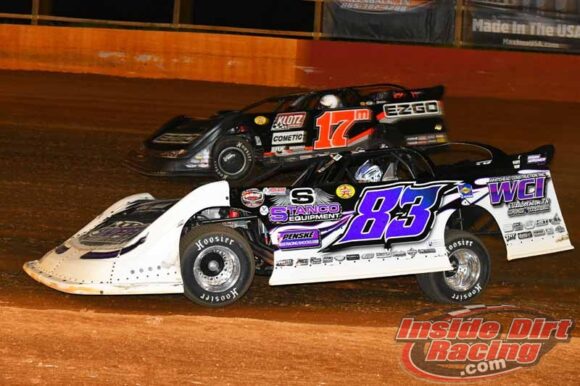 Michael: Oh yes. I’ve been saying that for some time. I know some folks want to blame certain tracks in our area for going to a special events format that has pretty much started a lot of these. What those folks tend to forgot is about the awful economy of 2008-09 took out a lot of racers and very few of them come back to racing. It was like that for tracks across our area. It was a necessity to scale back operations. The alternative was to close some of these tracks.

Another thing overlooked is this. It is very hard to have a weekly program with Super Late Models. Most tracks could only afford to pay around $2,000 to win for a weekly SLM program. Every driver, including the winner, would be losing money. It was imperative for SLM racing to evolve into a regional touring division.

You are right about one thing. There are too many regional series. Imagine how much better the car counts and the racing would be if we had at least two fewer of these in our area. But, it would also lead others to start their own if there was too much success. We see enough of that when a couple of tracks have success with a weekly division and others decide to cut into that piece of the pie.

Richard: I don’t really have an issue with the number of regional series. It’s just that there tends to be some extending of those tours beyond their original areas. Sometimes I think some of them have a hard time getting enough cars to truly follow their tour because teams are asked to travel five or six hours to some races for a $5,000-to-win show. Most teams would rather just stay closer to home when they know one of the other tours will be contesting a race closer in their area, even if it means foregoing a possible title.

The lure of a championship may be strong for some but the need to stay within a budget may be an even more powerful call.

Michael: You are right about the purses. They aren’t large enough for these regional series to draw a lot of cars to chase a championship. Some of them used to have banquets and pay pretty far back for those that finish in the top-10 in their points. But we rarely see that today.