Home Blogs Turn 2 Blog: Now on to “The Rest of the Season”

Turn 2 Blog: Now on to “The Rest of the Season”

Richard: Acclaimed political commentator Paul Harvey frequently used the phrase “The Rest of the Story” when delivering his news program over radio stations all across America. Well, now that Georgia-Florida SpeedWeeks have concluded, the phrase “The Rest of the Season” can now be applied to Dirt Late Model racing as we look forward the the meat and potatoes of the racing schedule.

SpeedWeeks offers up a buffet of racing which allows us to overindulge for a relatively short time with racing taking place every night over a span of two weeks or so. But now, the grind of a long season will set in for teams who plan to race on national, regional, and even local levels. Weekend after weekend which will entail, for some, countless hours on the road along with long days and nights in a shop preparing and maintaining cars for the next race.

On the national side of things, the World of Outlaws Morton Buildings Late Model Series, which just wrapped up their portion of SpeedWeeks this past Saturday night at Florida’s Volusia Speedway Park will hit the road at the beginning of March with a double-header weekend taking place right here in Tennessee with back-to-back races at Duck River Raceway Park and Smoky Mountain Speedway. After a couple of weekends off, that tour will then go to South Carolina’s Cherokee Speedway before once more returning to Tennessee at the Volunteer Speedway.

The Lucas Oil Late Model Dirt Series will wait a little longer to get back into the swing of things with races set for Ohio and Indiana in mid-March. Not long after, that series will also pay a visit to our home state at 411 Motor Speedway then on to Alabama’s Talladega Short Track at the beginning of April.

For these national teams, it is time for the travel and the grind to set in. There are some who perhaps gave false indicators regarding how competitive they might be during the relatively short time spent in Georgia and Florida but once everyone has to get out on the road is when we truly find out who the contenders and the pretenders are, isn’t it? 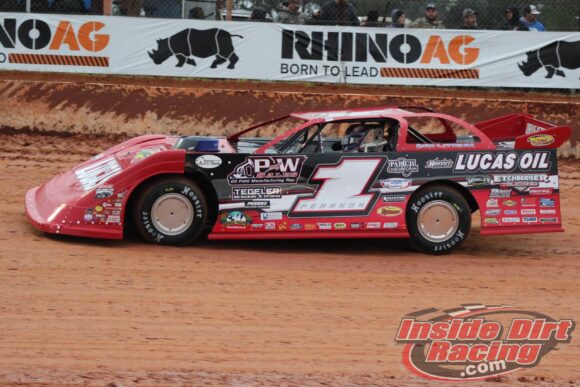 The 2020 season has not started well for Lucas Oil regular Earl Pearson, Jr.

Michael: While we can see some impressive performances that set the tone for the whole season, there isn’t a lot of carry over from SpeedWeeks. East Bay is the most unique of the tracks on the schedule and there is little carry over from those races. Volusia is just behind East Bay in uniqueness. Golden Isles is closer to what Lucas Oil teams will see this season when they visit other tracks in the South with red clay surfaces.

I do think there are some teams that left Florida with some real concerns. Earl Pearson Jr. had a tough stretch in his Black Diamond car. I’m sure the whole team is in re-group mode. The Sweet-Bloomquist cars didn’t turn a lot of heads. And MasterSbilt’s foray back into the national scene didn’t go very well.

Richard: As far as the regional racers are concerned, the time is approaching quickly for them to make some decisions. Some of those guys did take part in all or some of the SpeedWeeks events but now they will have to focus on events closer to home unless they were encouraged enough leaving Florida to give one of the national tours a shot for a little while longer.

A couple of key questions have to be decided soon for the teams of drivers such as Brandon Overton, Donald McIntosh, Casey Roberts, Chris Ferguson, Ross Bailes and numerous others. First, “Will we run a regional tour, or tours, at all?” and then “Which tour will we run if we decide to do so?”

Often times these decisions are made based on what kind of start the teams might get off to in the first race or two on a given series. Eventually, scheduling conflicts will come into play and a decision will have to be made. Factors such as the length of travel involved and variations in the rules from one series to another may also play a factor. And of course, there are the payouts of the races and the final series standings to consider as well.

Just here in our home region of Tennessee, Georgia, Kentucky and the Carolinas there are numerous choices. Southern All Stars, Carolina Clash, Ultimate Southeast, and the family of Southern Nationals and Iron-Man tours all offer appealing options for the competitors.

What factors are most important to regional competitors at this time of year in your opinion? 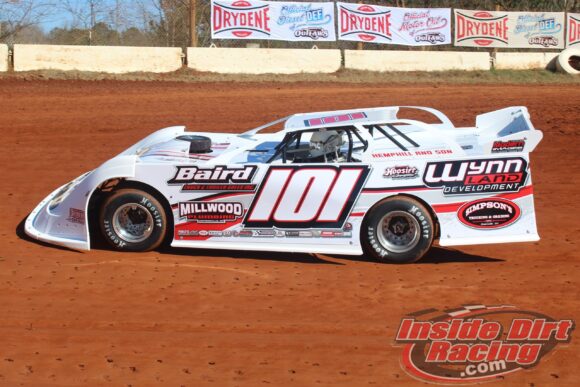 Michael: I believe many of them look at the schedules to see if there is a regional series that suits them. I do think there are a few that had no intention of running a particular series but found themselves in the points lead after a couple of months of racing and decided to stick with it. At the same time, I have seen racers with a sizable points lead in a series that had no intention of following that series and stuck to that by dropping out when they originally intended to do so.

It’s always interesting to watch some of the region’s top drivers to see what they do and where they might show up each season. Looking at last year, very few people expected Ross Bailes to enter some of the top races in the region, then win those races. We might see a similar driver do the same thing this year.

Richard: And last but not least, the folks who race at the local level in a variety of classes have to be getting those cars ready. Some tracks race all throughout the year while others take some time off. Either way, the time is fast approaching in which we will see the gates swing open at the facilities that offer up weekly or semi-weekly events for those who want to race but can’t do so on a larger scale.

The thing I find admirable about the local racer is that these drivers and the people who help them more often than not have full-time jobs then come home and spend hours each evening working on a Street Stock or a Sportsman Late Model or one of the other classes that they intend to do battle with on an upcoming Friday or Saturday night.

These racers are the backbone of the sport, aren’t they? 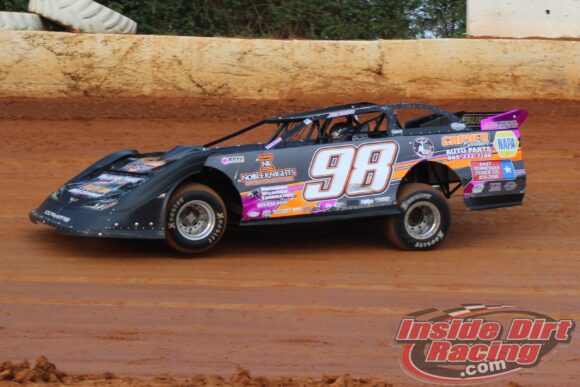 Michael: I find those people to be more dedicated to the sport than those who do it for a living. As you said, many have regular jobs in addition to their racing. And they’re usually spending their own hard-earned money just to be able to race. I think that’s one reason the tracks that run these extended schedules need to be careful and not burn those people out or cause too many of them to break their own bank. If those drivers are too burned out or too broke to race, there goes the dedicated support these tracks rely on.