Richard: As anyone who follows Dirt Late Model racing knows, there really is no such thing as an off-season. And that is now more true than ever with the appearance of the Super DIRTcar Xtreme Winter Series having races scheduled during December and January. Nonetheless, there are still driver moves being made, schedules being announced, and sponsors coming and going.

In particular, let’s take a look at some of the recent driver moves.

Already announced has been the addition of Darrell Lanigan to the Barry Wright Race Cars house car team, Brandon Overton taking the driver’s seat for Wells Motorsports, and Hudson O’Neal following in the family tradition started by his father Don as the new pilot of the MasterSbilt house car. 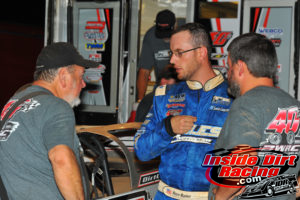 Of these moves, easily the one that caught me most off guard was that of Lanigan taking the BWRC ride. For several years now, Lanigan has built his own Club 29 Race Cars and he plans to continue to provide service for those who already have one of his cars but will no longer build new rides. Instead, the former World of Outlaws Morton Buildings Late Model Series champion will serve as the driver for the Cowpens, SC team fielded by veteran chassis guru Barry Wright and son Lance.

Wright has campaigned with the likes of Jonathan Davenport, Jimmy Owens, Chris Madden, and most recently, Ross Bailes over the past few seasons. Lanigan ran his own cars in 2019 after coming off a run in which he had driven cars for Clint Bowyer Racing on the Lucas Oil Late Model Dirt Series.

There’s no doubt the experience is in place with this team but it does seem as a somewhat unexpected pairing. Were you as caught off guard by this move as I was?

Michael: I was most certainly surprised by this move. Wright has been shuffling drivers in and out the last few years but he seemed to have settled on Ross Bailes. I suppose Wright is still in pursuit of a national schedule and a national title.

I have often said it is hard for a driver to race full time on a national scale and also build cars. There is so much strain on time and attention span that it’s hard to be equally focused on both chores at the same time. From that standpoint, it’s no surprise Lanigan is stepping away from building cars. But to pair with Wright is a real head scratcher. Maybe Lanigan will eventually become a partner in the operation. Time will tell if this goes beyond driving duties. 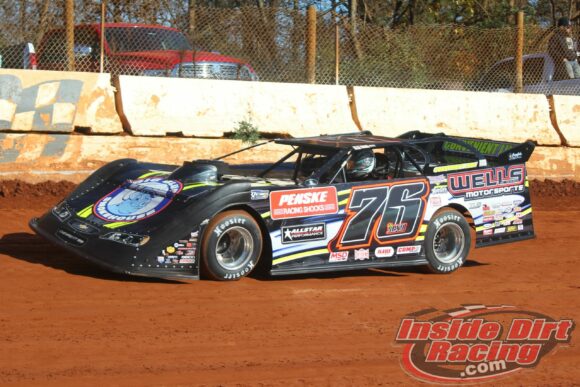 Brandon Overton has taken over the Wells Motorsports Longhorn

Richard: Let’s move on to another of the most talked about off-season moves.

Brandon Overton spent this past year turning the steering wheel for Joey Coulter’s Rum Runner Racing team after Coulter himself had to step away from full-time competition due to a move to Texas. And the season proved to be far from a failure as Overton collected numerous wins including four WoO Late Models features, a $20,000 Ultimate Southeast Series event at Virginia Motor Speedway, and the Southern Nationals championship. However, the driver and team parted ways at the end of the season with Coulter explaining that his team would not be racing as much in 2020 as it did this past year.

Now, Overton has joined forces with the David Wells-owned team that once fielded cars for Eric Wells to compete full-time on the World of Outlaws Late Model Series. In 2019, Wells Motorsports prepared Longhorn machines for Modified ace Kyle Strickler until that racer decided to field his own cars in a shop closer to his North Carolina home.

Wells Motorsports plans to make a run for the WoO Late Models championship in the coming campaign. It has been thought that Overton was seeking that sort of opportunity all along, which would explain why he could not stay with Rum Runner as that operation plans to trim their schedule down rather than go out on a national tour.

Overton seems to be one of those guys who is fast no matter what he drives. Is there any reason to believe otherwise in his new ride?

Michael: His track record seems to show he can win in about anything. He just has that kind of driving ability.

Overton won a lot of races driving a Longhorn for Chip Stone and Randy Weaver. That combination seemed to be a good fit. As long as the Wells Motorsports team has the resources in place to run a full WoO campaign, I see no reason why Overton won’t win even more races next year. 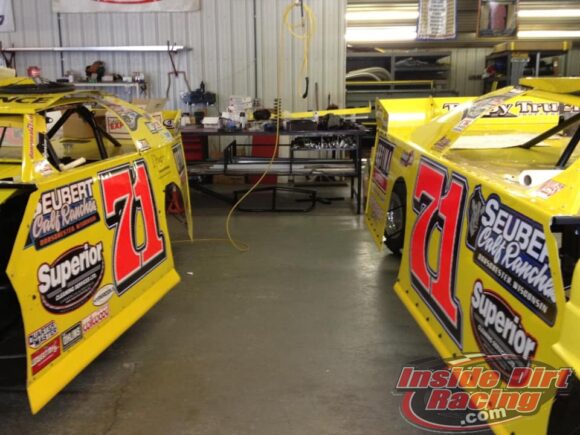 Richard: Another guy to have made a big move this off-season has been Hudson O’Neal. After his SSI Motorsports team shut down its operation, the second generation star was left without a ride. Then stepped in Tader Masters to offer the MasterSbilt house car ride.

O’Neal says the team’s plan is to go to the early races on the 2020 Lucas Oil Late Model Dirt Series schedule and then plan the rest from there. Masters had been hoping an opportunity would again arise to take a team back on the road as he did with Hudson’s father Don years ago. Instead, the younger O’Neal will handle the driving chores as the chassis builder that once stood among the top names in the sport will attempt a revival of sorts.

As we discussed earlier with the Lanigan-Wright pairing, there does not seem to be a synergy in that tandem considering that there is little apparent history there and both are chassis builders. Of course, we could very well be proven wrong as they could certainly win numerous races together considering it does appear there are resources in place to go on the road and be successful.

On the other hand, this Masters-O’Neal pairing feels just the opposite. There is a history in place albeit between Masters and O’Neal’s father, but it’s still a history. However, there are virtually no other MasterSbilt cars in major competition for this team to glean information from. Further, it remains to be seen just how much backing the team will have.

Hudson O’Neal is a very talented up-and-coming driver and Tader Masters definitely has the experience and know-how to succeed. However, with the unanswered questions mentioned above, this is the new pairing I have the most question marks about going into the next season. How do you see it?

Michael: The Masters brothers have produced some great cars over the years when they have been fully committed to running their house car on a national level. Unlike some other long running chassis brands, they might find a way to make a comeback and stay relevant.

The thing I like about this combo is if O’Neal can come out and have some early success, it will certainly help them sell more cars. Going from past experience, the Masters are great to work with because they go out of their way to help their customers.

I think competition is good for any form of racing. I’d certainly like to see the MasterSbilt chassis make a huge come back as well as some others. Having so few of them dominate makes things a little boring.