Home Blogs Turn 2 Blog: Co-sanctioning of Lucas and WoO Late Models as the NDRL goes away

Turn 2 Blog: Co-sanctioning of Lucas and WoO Late Models as the NDRL goes away 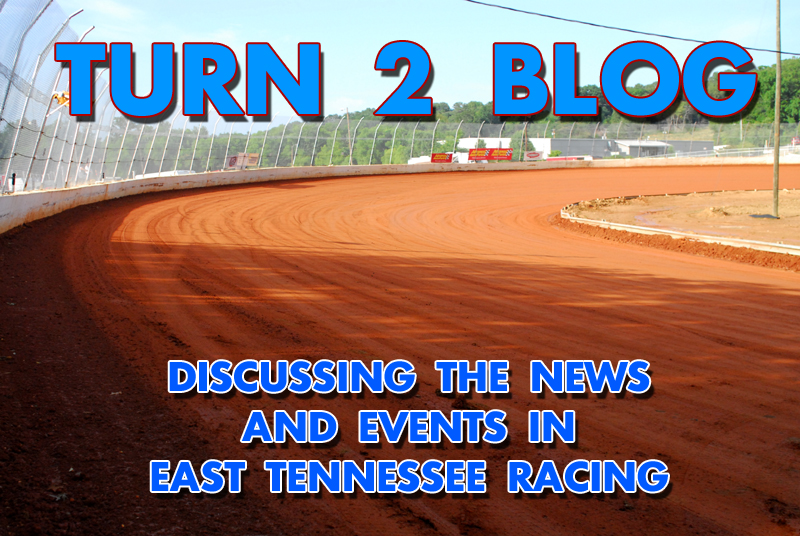 Richard: With the Lucas Oil Late Model Dirt Series having come through our region a couple of weeks ago, it seems like a good time to bring up a topic that has been talked about in the dirt racing world of late.

For a little while now a rumor has been circulating that two of Dirt Late Model racing’s biggest entities are considering the idea of co-sanctioning a race, or races. In particular, it seems as if the Lucas Oil Late Model Dirt Series and the World of Outlaws Late Models are at least kicking around the idea of uniting for the Show-me 100 next season. That race is held every year at the Lucas Oil Speedway in Missouri and typically serves as the first ‘crown jewel’ event of the season.

On first thought, it would seem as if this idea is a no-brainer. How could this be anything other than good?

Obviously, there would be the potential for almost ‘Dream-like’ car counts and star power. And with Lucas Oil’s major network partner, CBS, taping the race for later broadcast, that would be a major selling point. To know going in that the likes of Owens, Bloomquist, O’Neal, Lanigan, McCreadie, Eckert and Francis are going to be in the same place at the same time would be a very attractive situation.

But just to play devil’s advocate for a moment, there are some potential drawbacks as well.

Although the rules aren’t terribly different, there would be some issues to iron out. Tires and qualifying procedures are two things that immediately come to mind and would require attention. Point distribution and provisionals will be an issue as some regulars may fail to qualify for the feature.

Also, there would be the fact that one race would be taking place on a weekend when there are typically two races going on. That means fewer drivers get paid and fewer fans able see the sport’s top level in person. This year, the WoO Late Models ran a $20,000-to-win race at the Tyler County Speedway in West Virginia on the same Memorial Day weekend as the LOLMDS sanctioned Show-me 100.

What do you think of the idea of co-sanctioning?

Michael: I feel like co-sanctioning is a sign of admitting, without coming out and admitting it, your product isn’t as good and needs something else to give it a boost. That’s not to say LOLMDS product isn’t as good as WoOLMS or vice versa. I’m saying the race itself is looking for a boost. Even though the Show-me 100 gets national TV coverage, it doesn’t seem the same since it moved to Wheatland and since it became a sanctioned race. The Lucas folks are just looking for a bit more of a punch since it’s a big deal as far as television is concerned.

This is a by-product of having so many of the crown jewels being sanctioned by one series or the other. If you are the promoter, you are guaranteed to get one set of drivers. That’s good because you know who to advertise for that event. For many of these races, the other series has its own race scheduled or those drivers take advantage of a rare weekend off. For the fans at a crown jewel like the Show-me 100, you know you’re not getting all the best drivers the sport has to offer.

For a regional race, I don’t mind co-sanctioning as much because many of these regional series are doing good to draw a full field of cars and most series only have 3-5 regulars running for points.

Richard: I definitely believe that the desire to create a broader television market is driving this thought process. I’m not so sure that I would agree it’s an admission that the product isn’t as good.

As we have seen with NASCAR, when TV gets involved, they make a lot of demands and they bring in so much money that their demands have to be heard. It seems to me that the Lucas Oil/CBS folks simply want to be able to advertise to their audience in advance that they will not only see Jimmy Owens, Don O’Neal and Scott Bloomquist, but also Darrell Lanigan, Tim McCreadie and Rick Eckert to reach a wider market.

As far as the regional series are concerned, I believe co-sanctioning is something that is going to have to be considered to assure survival. As you say, some of these series only bring three or four full time drivers with them so combining their efforts with another series would seem to make sense on certain occasions.

Along with co-sanctioning would have to come some degree of rules unification. Is that something the different series’ are going to be willing to do?

Michael: I don’t know how each series would react to making the rules the same. Aside from different tire rules, the only reason there are as many regional series as there are these days is rules differences. I saw one instance where the Tennessee Thunder series and SRRS co-sanctioned a race several years ago and there was a lot of posturing back-and-forth over the rules. That only lasted for one race even though they had three scheduled for that season. Contrast that with a triple-sanctioned race at Wartburg Speedway several years ago and it worked. Each series agreed to tweak the rules accordingly and a number of drivers were on hand for the race. It’s all about who will and will not compromise.

That leads to people thinking some series should merge if they can work together in a co-sanctioned setting. The difference there is all drivers would be competing for one set of points as opposed to each series racing for their own points in one race. You know as well as I do, drivers these days are more likely to do their own thing or run another series than run for points while running 6th or 7th with a bunch of drivers all running the same series.

Richard: I’ve come to the conclusion that predicting what racers, or even sanctioning bodies, will do is far too difficult. Just when you think you’ve got it figured out, something changes.

And now, the dynamic in the area of sanctioning has changed once again with the announcement by John Kennedy that his National Dirt Racing League is going out of business. This makes the possibility of the LOLMDS and WoO Late Models co-sanctioning a race, or races, even more intriguing. Such an event would be very likely to attract the same type of talent pool seen at Eldora for that track’s two big races.

As you point out, the distribution of points for each series will be an important factor in determining who will show up and how all of this will work.

Michael: I would love to see more events where both Lucas and WoO drivers are at the same race. With all the points racing and traveling that takes place these days, it’s a rarity to see all those drivers at the same race, even Eldora.

Richard: Ultimately, I would be intrigued by a couple of races each year being co-sanctioned by Lucas and WoO. It would make for some great fields of cars and an opportunity to build on the rivalry between the two bodies.

It will definitely be interesting to see if this actually happens.