Who will be the 2023 Lucas Oil Late Model Dirt Series champion?

Richard: There’s an old saying that goes, “If you want to be the man, you’ve got to beat the man.” Well, on the Lucas Oil Late Model Dirt Series over the past two seasons, Tim McCreadie has been the man. Not only has he and his Paylor Motorsports team shown the ability to win races but they also, and perhaps most importantly when it comes to winning championships, have proven to be extremely consistent. They just don’t have a lot of bad nights.

I know many have pointed to Jonathan Davenport as a favorite since he announced that he will again run the tour on a full-time basis. And yes, he will be a top contender to not only win a lot of races but also to compete for the championship but he will be working with a new crew chief and returning to series racing for the first time in over a year. That will be just enough to give McCreadie an edge in my opinion.

Hudson O’Neal in his first full season driving the Rocket Chassis house car will certainly be in the mix as the season plays out but there will almost certainly be a period of adjustment with this new pairing. The same can be said of Devin Moran and the Double Down Motorsports operation as this will be a pairing that will likely produce wins but there will be period of adjustment along with the fact that Moran hasn’t raced a series in a while as well.

Predicting series championship battles can be tough because it can be difficult to say who will run the full schedule and who won’t. Some drivers and teams will announce their intentions to do so before the season starts then fall off after a month or two when things don’t go well. With that said, I expect the ever consistent Earl Pearson Jr. to be among the regulars who will score points. Tyler Erb and the Best Performance Motorsports team will win a few races and Ricky Thornton Jr. will be a factor as well.

Of course, the big unknown this season is how the new ‘Chase’ format will play out. Four drivers will race for the title ay Eldora Speedway in the Dirt Track World Championship at the end of the season. And of course, anything can happen once the series gets to that point. I look for McCreadie, Davenport, O’Neal and Thornton to be the four in the mix in that race.

Davenport has shown himself to be very tough to beat in big races at Eldora. But in the end, I am predicting that Tim McCreadie will make it three championships in a row. 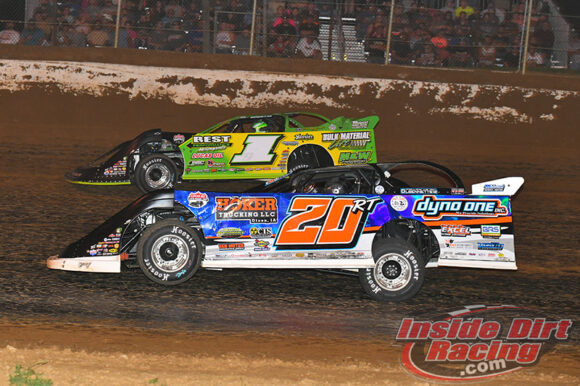 Michael: As you said, McCreadie has won the title two years in a row. But I feel like this season is wide open with their playoff-type format. A number of teams have made significant changes this offseason.

O’Neal going to the Rocket house car was the most intriguing move at the end of last season. I’m curious to see how quickly the team gels together.

I feel the Moran/Double Down pairing will be a strong force in ’23, especially when it comes to wins.

My pick is Jonathan Davenport. I know he has a new crew chief. I just feel like he on top of his game right now. Until that team shows me they have taken a step back, I’m sticking with Davenport as the man to beat nearly every where they go. My sleeper pick is Ricky Thornton Jr. He ended the year on a strong note and we’ll see if he can pick where he left off.

Who will be the World of Outlaws CASE Construction Late Model Series champion?

Richard: I don’t think anyone was disappointed to see Dennis Erb Jr. be crowned as the World of Outlaws CASE Construction Late Model Series champion in 2022. And it would be tough to bet against him in 2023 because he has the experience, he knows the tracks, and he always seems to finish races. That said, though, it looks as if he will have plenty of competition on this year’s tour.

Chris Madden has been in search of a national series championship for several years now and has come close on a couple of occasions. After running in the bigger races and winning several of them in 2022, ‘Smokey’ has decided to go back on tour for the 2023 season. This is a driver and team that can get hot and score several wins in a row but can also run consistently as well which will make him a title contender.

Brandon Sheppard has parted ways with the Rocket Chassis house car team where he had so much success over the past few seasons. He will now be driving a car for his family team that will also be a part of the Riggs Motorsports camp. He also made a move to Longhorn Chassis after running Rockets for the entirety of his career up to this point. There will be at least some period of adjustment involved.

A driver who really came on strong from the midseason to the end of the year in 2022 was Shane Clanton. The Capital Race Cars standard bearer has won this championship before and made a strong showing last season after dropping from the Lucas Oil Late Model Dirt Series to join up with the WoO Late Models midstream. If his team can maintain that level of strength, they will be factors.

With all that said, Chris Madden is my pick to earn his first national touring championship in 2023 with the World of Outlaws CASE Construction Late Model Series. 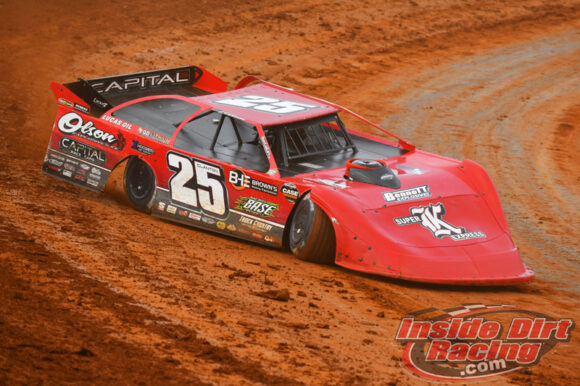 Shane Clanton will be in contention with the WoO Late Models

Michael: This one is a tough pick. In most years, most of us would pick Sheppard to win. He’s not in the Rocket house car now and is with a new team in a Longhorn. Sheppard will be strong in the races in the Midwest. But this year’s schedule is a bit more spread out across the country.

Madden should be the logical choice. His resume speaks for itself. Winning a national title is one of the few things he has not done in his career. But there always seems to be something that happens that prevents him from winning a title.

I’m going to go out on a limb and pick Tanner English to win this year’s title. He was close last year and might have a few more resources with the team he will be on. My sleeper pick is Ryan Gustin. He’s another driver that was stout to close out the season and I see some big things from him this year.

What driver who is not running one of the traditional national tours will be the biggest newsmaker on the track?

Richard: While there may not be a $1,000,000 race on the schedule in 2023, there are still plenty of big money events in the works and the possibility for a driver and team not running one of the big tours to win major money is still there. Between the two series mentioned above and the Castrol FloRacing Night in America Series and the XR Super Series as well as a number of unsanctioned events, several trips to the bank could be made.

And as was stated before, it can be hard to say who will run a full series and who won’t. Some teams who may not have originally expected to follow a tour might get off to such a great start during Georgia-Florida SpeedWeeks that they will almost have to continue on.

That said, Brandon Overton has shown himself to be a master at Eldora Speedway and that’s where the biggest money is typically on the line. Further, the No. 76 Longhorn is a threat to pull into victory lane just about anywhere it shows up. So, look for the Wells Motorsports team to earn some paychecks with lots of zeros on them in 2023 just as they always seem to do.

Another driver I am going to be watching this year who fits the description in the question is Bobby Pierce. Except for the time he spent with Dunn-Benson Motorsports a few years ago in which he drove Rockets, the Illinois driver has campaigned his father’s Bob Pierce Race Cars. This year he will transition to Longhorns. Of course, he is always a major player on the DIRTcar Summer Nationals and will likely be so again. After all that seat time in his new ride, I expect Pierce to be battling for top paydays in his new ride by the second half of the schedule.

There are several drivers out there whose plans are not fully known yet. If Jimmy Owens does not run a series schedule, he will be among those drivers who will be in contention to win big paychecks as an ‘outlaw’. Regional standouts such as Josh Rice, Chris Ferguson, Ross Bailes, Brian Shirley and Shannon Babb are among those who could pull of wins at tracks within their areas. 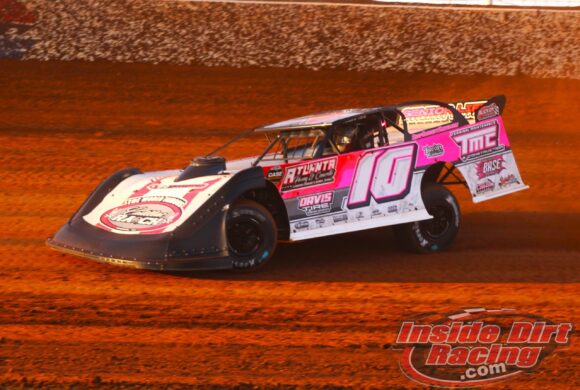 Michael: The Pierce move to Longhorn is an interesting move. I’m anxious to see how that plays out.

Garrett Smith captured everyone’s attention by winning The Dirt Track World Championship. He was running well even before that win. I’m curious to see if he can continue his progression into ’23.

When I think of a successful non-touring driver, the first name that comes to mind is Dale McDowell. He can win anywhere. With plenty of big paying races in and around Tennessee, I expect him to win his share of those races.

Did the 2022 Dirt Late Model season set the bar too high?