Richard: This past weekend provided Dirt Late Model fans with two shows that featured amazing fields of drivers. The World of Outlaws Morton Buildings Late Model Series race at Smoky Mountain Speedway on Saturday night very nearly had the quality of a crown jewel event. Likewise, the Southern All Stars Dirt Racing Series held on Sunday at Cherokee Speedway had many of the sport’s top stars.

With no other competition and the fact that it had been some time since many competitors had last raced during SpeedWeeks, drivers and teams were anxious to get back into action. And more, the weather was never in doubt.

Many of those same drivers made the trip to Gaffney, SC the next day for the March Madness event at Cherokee.

I drop all of those names to make the point that these two races found a sweet spot in the schedule that allowed for a perfect storm of sorts in terms of the quality of the field. It would be difficult to find a better driver lineup this side of places such as Eldora, Knoxville, or Florence, wouldn’t it? 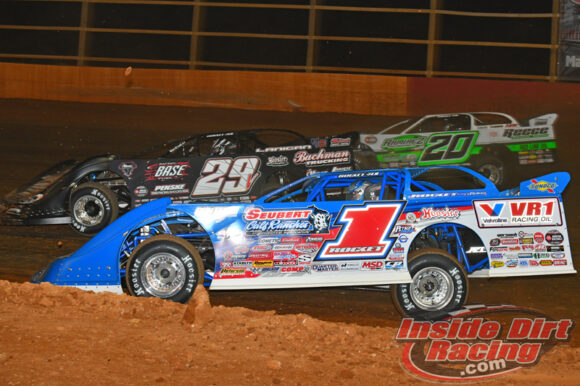 Michael: The race at Smoky Mountain would have had that crown jewel feel to it had a few other drivers made it. Bobby Pierce was scheduled to come, but then made the decision on Friday not to come. But yes, that was the biggest collection of top talent at that track since the big NDRA invitational race in the mid 80’s.

Regarding the schedule, I have long said scheduling is as much as about luck and timing as it is anything else. SMS has found a sweet spot on the schedule with this event. Having Duck River cancel early last week looked to be a concern as to who would show up. But many of those drivers went to Cherokee for the Southern All-Stars race. It worked out perfectly. The only thing this date needs is some warmer weather.

Richard: As for me, I love the fact that there are tracks and promoters who are willing to take the risk of scheduling big races early in the season. As you mentioned, weather is always a concern in March and into April. At the same time, however, the potential payoff comes in the form of having loaded fields due to the fact that none of the regional or national tours have hit the point of having races every weekend. Both Smoky Mountain and Cherokee hit the jackpot this past weekend.

I was a little surprised that more World of Outlaws regulars didn’t go ahead and make the trip to Cherokee on Sunday considering that a big $30,000-to-win show for that series is set for just three weeks away.

One thing that is obviously different about this season is the fact that other big races are on the horizon that have not been on the schedule before. The Bristol Dirt Nationals are set for the week of March 15-20 with a $50,000-to-win main Super Late Model event slated for the final day. And apart from that, the World of Outlaws Morton Buildings Late Model Series will hit the high banks of the dirt covered Bristol Motor Speedway on the weekend of April 9-10.

After a year in which so many of the bigger paying races were either cancelled or had purses reduced, it’s good to see teams get the opportunity to compete for large payouts, isn’t it?

Michael: The winner’s purses this year are going to be something else. In addition to the races at Bristol, I-80 Speedway in Nebraska has stepped up with not only a $53,000-to-win Silver Dollar Nationals race, but also offering a $30,000-to-win race a few days prior. Smoky Mountain is stepping up with a $12,000-to-win and a $20,000-to-win Lucas Oil races on back-to-back nights.

We are also seeing purse increases for series like Ray Cook’s Spring Nationals. He has several $10,000-to-win races on his schedule for this year.

Going back to your statement about the lack of World of Outlaws drivers at Cherokee, it looks like many of those chose to skip that race knowing they had a test session at Bristol the next night. I’m sure they wanted the available time to prepare and save some laps from their engines knowing they’d really be hammering them at the Bristol test. 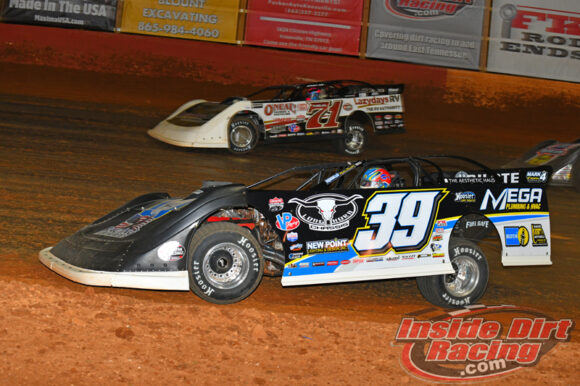 Richard: Speaking of Bristol and of purses, I’m really interested to see how many cars will actually roll through the gates next week in all classes. The purses are enticing enough, but at the same time, I wonder how many drivers and teams will show up for the sake of saying they raced at Bristol Motor Speedway. The U.S. Short Track Nationals events I have attended over the past few years for pavement racers have attracted good car counts in all classes.

I’m guessing that the car counts for this event, particularly in the classes other than Super Late Models, will be quite high. With this being the first time Bristol has been covered with dirt in two decades, there will be many who will want to take part for no other reason than to be on those historic high banks. We have no way of knowing at this time, but this could be a once in a lifetime opportunity for dirt racers.

Racers in a variety of classes will not only have the opportunity to earn nice paydays but to make history as well, right?

Michael: I’m not sure about the paydays considering the amount needing to be spent before even making one lap. But that doesn’t seem to be a deterrent to many of those. Like you said, it’s a rare opportunity.

One thing to monitor is how hard on equipment the track will be for some. There will be some tremendous speeds for all classes involved. The bigger the carnage, the more likely we’ll see some drivers be out of a race car for some time. That hasn’t been discussed much, except on social media, but there is a shortage of steel, especially for those in the racing business.

The lack of supply created by the early days of the pandemic has created a low supply of steel. Not only are chassis builders having a hard time getting steel to build or repair cars, but engine builders and others in the parts industry are having a hard time as well. I had one car owner tell me they are skipping Bristol because they have 3 engines waiting to be worked on they cannot get parts for. This bares watching if we start to see some teams decide not to go.