Richard: It seems like it was no time ago that the World of Outlaws Morton Buildings Late Model Series was wrapping up its 2020 season. The reason it seems like that is because it basically was no time ago. The World of Outlaws Last Call ran on November 4th & 5th to complete the disjointed campaign which saw Brandon Sheppard crowned as the series champion for the second consecutive season and the third time overall.

Beginning this Thursday, the WoO Late Models will kick off their 2021 tour with three consecutive nights at Volusia Speedway Park. Each of the feature events will pay $10,000-to-win and will precede a second trip to the Barberville, FL facility which will come just under one month later.

A number of questions arise as this national touring series sets up for what is slated to be a 55-race schedule.

The first question that comes to my mind is whether or not anyone will step up to challenge the dominance of Sheppard and the Rocket Chassis house car team. Over the past two seasons while winning consecutive titles the No. 1 machine has pulled into victory lane 32 times(18 in 2019 & 14 in 2020) out of 81 starts. It has been an incredible run of domination as the most wins by any other driver in a single season has been six by Brandon Overton this past season, and he is not a series regular.

Will Sheppard continue to rule the World of Outlaws roost this year?

Michael: I see little pathway, aside from illness or injury, why Sheppard will not continue his domination. As you stated, the stats speak for themselves. The Rocket 1 team has figured out most things pertaining to its cars and engine program. Other teams have tried, but they seem to miss a key ingredient or two to mount a serious challenge to Sheppard.

I will throw in one caveat. When any team builds a dominance and there looks to be nothing to get in in its way, something unexpected can happen in a given season. Even the University of Alabama’s football team doesn’t win every championship. But they’re going against many more teams than the dozen the Sheppard/Rocket team face each year. 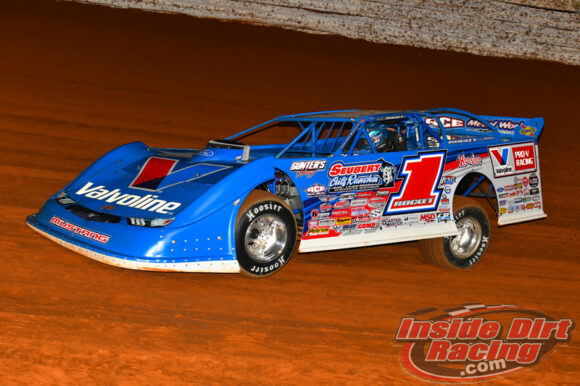 Richard: While I agree that there is little reason to believe that Sheppard won’t continue his dominating ways this season, you are correct to say the Rocket house car can’t win every race. So another question regarding this upcoming WoO Late Models season is who else will win some of the features in 2021.

One thing I’m going to be interested in watching is how Canadian Ricky Weiss does in the series. He has finished second and third in the final standings in each of the past two seasons but he and his team have made a major change going into 2021. Those achievements were done using Sweet-Bloomquist Race Cars but now the driver and his crew have opted to split from that brand in favor of building his own chassis.

While Weiss had a good thing going, he obviously felt as if he needed to do something different in order to get over the hurdle placed in front of him by Sheppard. It is going to be interesting watching his progress as he goes it alone, won’t it?

Michael: I have felt like Weiss is the one guy, of those we know running for the series title, that could give Sheppard a good run for his money. I think in order to do that, he needs to win more races. Finishing top 5 most races doesn’t cut it when the eventual series champion is winning double-digit numbers of races.

Any time a driver jumps into his own chassis, it’s a big hit or a big miss. My guess is if Weiss comes out with a big miss, he’ll have to jump into something else. But it won’t be in a Bloomquist car since that relationship soured over the past year. But if it’s a big hit, then look out.

Richard: Someone else who I believe will win races with the WoO Late Models in 2021 is Cade Dillard. This is a guy who has progressed steadily over the past couple of seasons shown by the fact that he finished third in the final standings last season with two feature wins and 24 top-10s compared to a seventh-place result in 2019 with no wins and 17 top-10s.

Like you said about a driver with a new chassis, Dillard is the only touring series contender using the MB Customs brand of car and being a lone warrior could be a hit or a miss. But it looks like he is on his way to making it be a hit.

The series also boasts an interesting crop of rookies set to go in 2021. Ross Bailes, Ryan Gustin, Tony Jackson, Jr., and Ryan Scott have all decided to enter the fray. As is always the case, we have to wait and see if all of these competitors will still be in the mix come May, but there could be some potential for an upset win or two, particularly when the tour visits the regions of the country where each driver hails from.

In particular, we know of the talent Bailes possesses having seen him win both a WoO Late Model feature and a Lucas Oil Late Model Dirt Series event in recent years. It would not be a surprise at all to me to see him collect a trophy for his Big Frog Motorsports team in the southeastern portion of the country. At the same time, Guston and Jackson could be legitimate threats to win in the Midwest with Scott looking to knock off the established stars in the northeast.

And as always, invaders from outside the tour will certainly play a role in the series. 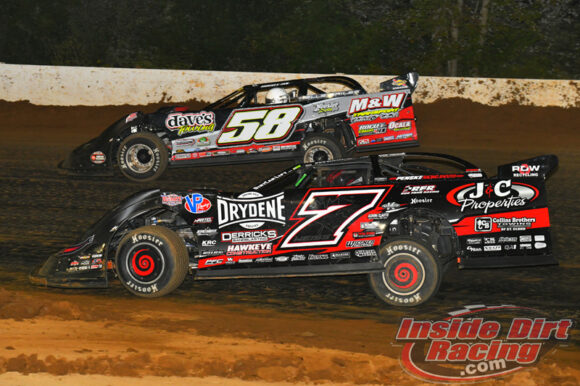 Michael: My driver to watch this year is Darrell Lanigan. He was very competitive in 2020. He had several good races going only to be sidelined by various mechanical issues. His team has switched to Rocket and he has won a lot of races in a Rocket.

Dennis Erb Jr. is another driver who could fly under the radar and make some noise. He had some stretches last year with some really good runs. One of the most impressive ones to me was his second place finish to Brandon Sheppard at Volunteer Speedway. He passed some good cars to get that finish.

Like you, the rookie field is an interesting mix. Tony Jackson Jr. is the most accomplished of that group and I’m interested to see how he fares running across the country. One thing is for sure, he always has a nice looking race car.

Richard: Finally, it’s time to make a prediction or two.

As Ric Flair often said, “If you want to be the man, you’ve got to beat the man!” That is perhaps no more true anywhere else than on the World of Outlaws Morton Buildings Late Model Series. Brandon Sheppard is the man and until I see someone beat him on a regular basis, I am going to pick him as both the series champion and the driver who will win the most races.

That said, I believe Dillard and Lanigan will be the drivers who will come closest to keeping pace while Jackson is my pick for Rookie of the Year.

Michael: I’m with you. Until I see someone beat Sheppard, I’m picking him to collect another title with Weiss and Lanigan as the two closest to him. I don’t know if Jackson will hang around to run the whole series, so I’ll go with Bailes to win Rookie of the Year.