Richard: Although we’ve had a winter full of racing, particularly here in the southeastern corner of the country, the time which many fans and competitors alike consider the real start of the racing season is upon us. Georgia-Florida SpeedWeeks are set to kick off when the Lucas Oil Late Model Dirt Series hits the track at Golden Isles Speedway near Brunswick, GA followed by that series trips to East Bay Raceway Park in Tampa for a week then a single event at All-Tech Raceway in Ellisville, FL to wrap up their portion of the racing extravaganza.

Following the LOLMDS in terms of Late Model competition will be the DIRTcar Nationals which will feature DIRTcar Late Models and the World of Outlaws Morton Buildings Late Model Series at Volusia Speedway Park for one week in Barberville, FL.

Squeezed in among those races will also be a pair of Late Model features paying $10,000 and $20,000 repectively at Screven Motor Speedway in Sylvania, GA.

Many teams, no matter which series they plan to run full-time, will hit most or all of these shows. With so much racing set to take place, SpeedWeeks provides racers with an opportunity to not only make some money but to also see where their teams stack up against what is certain to be some pretty stout competition.

Getting off to a good start here can certainly set a good tone for the remainder of the season. But at the same time, having a poor run in a few races is not something that cannot be overcome during the course of a long season.

How important is it to get off to a good start during SpeedWeeks? 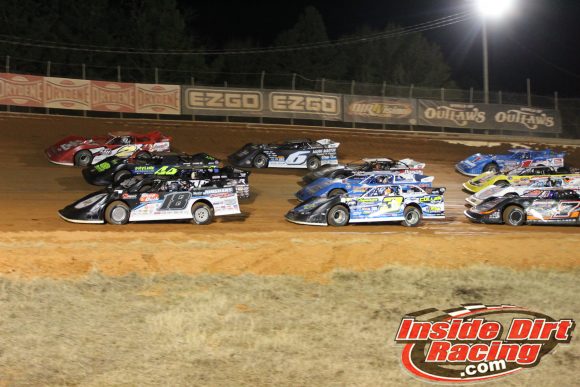 Screven will be a part of Georgia-Florida SpeedWeeks

Michael: I think getting off to a good start is important to a point. You see drivers like Tyler Erb, Shane Clanton, Josh Richards and others come out of the gate strong and are able to maintain that for a good part of the season if not the whole season. For contenders looking to dethrone Jonathan Davenport or Brandon Sheppard, getting off to a good start is critical, as it’s so hard to play catch up to those two because they can stretch a points lead out in a hurry.

On the flip side, we have seen the likes of Scott Bloomquist and Jimmy Owens not get off the great starts and still manage to win races and championships once they leave Florida. But it has been a few years since either of those managed to do that.

Going to East Bay for the Lucas Oil Series is so unique because the texture of the track’s surface, combined with the tides coming in, provides a place where teams can really hit on something for the whole week or be out in left field. I don’t think a team can really hang its head from bad performances at East Bay unless the whole week has been a complete disaster.

Richard: You’re absolutely right about guys like Davenport and Sheppard getting off to great starts. Last year both of those guys did exactly that and got so far ahead that they couldn’t be caught in their respective series.

The reason why I think those guys get off to great starts is the teams they drive for. Sheppard’s Rocket Chassis house car team and Davenport’s Lance Landers-owned team are always prepared. They come into the season ready to go fast. You rarely see either of them scrambling to make it into the lineup shoot or otherwise looking like they are rushed.

The key to running well early on in the season is getting everything well prepared during the off-season, isn’t it? 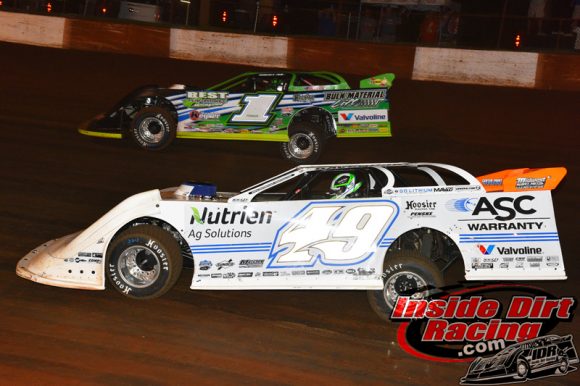 Michael: I think so. You make a good point about them rarely scrambling to get lined up. Preparation is key in any venture, even in racing. It doesn’t matter if it’s a race team, a race track, or a series, the better prepared ones are the ones that are the most successful.

I think it will be interesting to see how the teams that didn’t race much since their respective series’ season ended versus those that ran quite a bit afterwards. I see pros and cons for both. I want to see how it plays out to start the new season.

Richard: It will indeed be interesting to watch for any differences among those who carried on racing during the winter and those who did not.

One thing I find particularly intriguing about the three weeks spent in Georgia and Florida is the differing natures of the tracks that will be employed. Golden Isles can be prepped in multiple ways as I have seen it race in hammer-down conditions and I have seen set up to be slower. It is often a track that can develop multiple grooves with passing during the feature as was evidenced back in 2018 when Josh Richards drove the back to the front during a 60-lap feature to claim a win.

East Bay is perhaps the toughest test. As you mentioned above, the tides seem to affect how the track will race throughout a given night. Racers have to be ready to adapt and adjust on a night-by-night basis or even an hour-by-hour basis there. And finally, Volusia almost always seems to be a hammer-down wide open track which requires lots of horsepower and bravery.

Each one of these facilities offers a different challenge.

The driver and team who come out of SpeedWeeks in the best shape in terms of points and wins are those who can handle all of the conditions mentioned above and who can make the right changes when needed.

Michael: In previous years, we would have questioned how the Lucas series would fare without Bloomquist being a regular driver. We got a dose of that last season after his motorcycle accident. This year, he’s following WoO. Judging how last season fared for the series in races without him, the series is definitely bigger than one driver, even Bloomquist.

And now, many of the series’ races will be live on Lucas Oil Racing TV. Despite some criticism the series took in peeling off a few tracks from their schedule, the series looks to have a really big year in 2020.

Richard: One interesting aspect of SpeedWeeks I’m anxious to watch play out is the move by Screven Motor Speedway to have two unsanctioned races that will run at the same time as two of the LOLMDS nights at East Bay. In previous years the Screven weekend was sanctioned by WoO.

Obviously, none of the LOLMDS regulars are going to leave points-paying races to drive back up to these events.

However, with payouts of $10,000 and $20,000 on successive nights, I can see some WoO Late Models racers who don’t go to East Bay stopping off and taking a shot at those payouts. Also, there will be some who will come to these races who have no plans for any of the other Georgia-Florida events.

Events at Screven tend to be exactly that … events. There will be other features going on at the same time along with all sorts of other entertainment. This is a pretty big gamble by the track but it could serve as a game changer in terms of the way these type of SpeedWeeks are done if it works out regarding the running of high paying unsanctioned races.

As is always the case, weather and other factors could play a role. There are some challenges but this track is innovative. It’s an interesting move, isn’t it?

Michael: It is an interesting and risky move. I understand there is a rift between the Screven owner and WoO, that’s the reason for the race being unsanctioned. The track has drawn some of the region’s top racers along with the WoO regulars. I would expect some of the WoO regulars to be there, but not all of them. I guess the big question is whether the likes of Brandon Sheppard will leave East Bay to go back to Screven in a non-points race, only to return south to Volusia. We shall see.