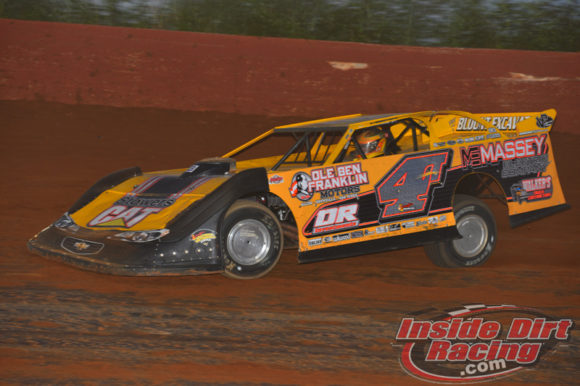 The Schaeffer’s Oil Fall Nationals took to the track on Friday night to contest its first ever race at Smoky Mountain Speedway. The Maryville, Tenn. track would provide the setting for a Maryville native to score the win and take home the top prize of $4,000.

Brandon Kinzer led the way in Group A qualifying with a lap of 16.751 seconds around the 4/10 mile clay oval to beat out Donald McIntosh, Pierce McCarter, Robby Moses and Jeff Neubert.

Dakotah Knuckles was fastest in Group B time-trials with a lap of 16.924 seconds to top Tommy Kerr, David Crabtree, David Payne and Austin Smith.

There would be no heat races as the 16-car field was lined up on the starting grid based solely on the results from time-trials.

At the start of the 40-lap feature it was Kinzer who took the early lead with Knuckles, McIntosh and Kerr following in his tire tracks. Those top-4 drivers quickly began to separated themselves from their pursuers by lap 3. At that point, the race settled into a high-speed chase as Kinzer led a string of cars setting a blistering pace. 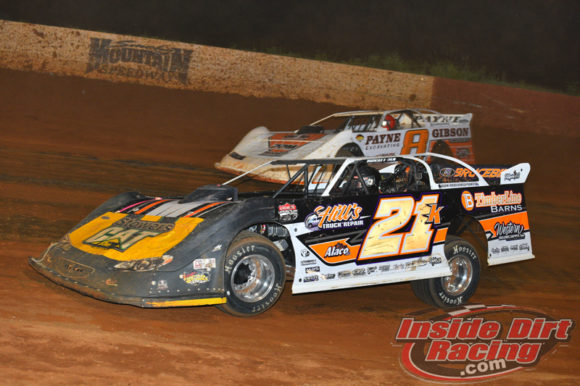 As the feature neared the halfway mark the action picked up. Knuckles, McIntosh and Kerr engaged in a fierce battle for positions 2-4. Eventually both McIntosh and Kerr moved around Knuckles to claim the second and third spots. Soon after, Moses entered the fray as he too swept by Knuckles to seize the fourth position.

Disaster struck for the third running McIntosh on lap 23 when his car spun at the exit of turn two to bring out the only yellow flag of the race. While he was able to continue, his No. 7 machine would have to restart the race from the tail of the field.

Following the lap 23 restart the now second-running Kerr began to work on Kinzer for the race lead as he continually looked to the low side of the track while Kinzer ran a higher line through the turns. Kerr’s efforts paid off on lap 31 as the No. 4T car moved around Kinzer’s No. 18 to assume leadership of the race. 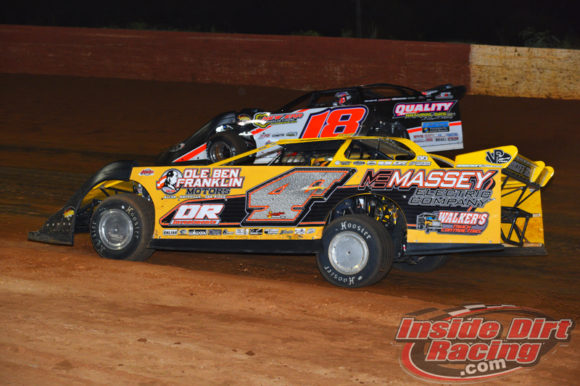 Kerr took the lead from Kinzer on lap 31

One lap later, Moses followed Kerr’s example and moved around Kinzer. As the laps clicked off, Moses drew closer and closer to Kerr. On lap 38 he even briefly dove under Kerr, but was unable take the spot.

Eventually, it would be Kerr who swept under the checkered flag and proved to the first Fall Nationals victor. 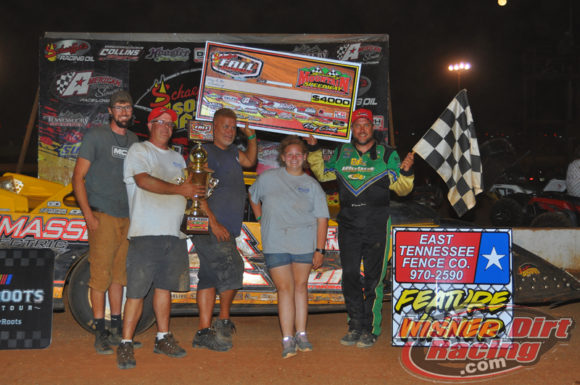