Tim McCreadie getting hot at just the right time? 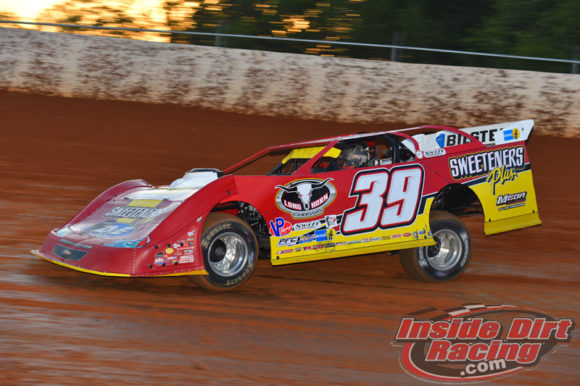 There are a number of drivers who can be counted among the favorites to win what many consider to be Dirt Late Model racing’s biggest prize. The World 100 will be contested this weekend at the Eldora Speedway in Rossburg, Ohio as the brightest stars in the sport will take to the track battling for the highly prized globe trophy and a check valued at $52,000.

Red hot Chris Madden will return to the track after recovering from a broken eye socket suffered two weeks ago. Brandon Sheppard is in the midst of an incredible season. Jonathan Davenport is not only having a great season but has plenty of experience at winning big races. Scott Bloomquist knows what it takes to win at Eldora Speedway. Former World 100 winners Jimmy Owens, Dale McDowell and Bobby Pierce must also be given consideration.

But one driver who absolutely cannot be forgotten coming into this year’s running of the crown jewel event is getting hot at just the right time. Tim McCreadie just completed this past racing weekend with a win in the Lucas Oil Late Model Dirt Series event at Ponderosa Speedway on Friday night followed by two third place efforts at Portsmouth Speedway and Tyler County Speedway on Saturday and Sunday respectively.

The Watertown, NY racer will come into this year’s version of the World 100 as the race’s defending champion. In 2018 McCreadie took the lead just before the halfway point in the feature and held back his pursuers for the remainder of the distance on his way to a $51,000 payday.

McCreadie has had a solid season so far in 2019. The 45-year-old driver currently sits third in the LOLMDS standings and has accumulated three wins to this point of the year with the biggest being the $30,000 World of Outlaws Late Model Series sanctioned Firecracker 100 at the Lernerville Speedway in Pennsylvania.

But more importantly, McCreadie appears to be getting hot at just the right time. As his three most recent finishes indicate, he is coming into a race that he knows he can win riding a crest of momentum.

This is a driver who has to be counted among the favorites this weekend at Eldora.