The Fitzgerald Glider Kits 300 at Bristol Motor Speedway was the first NASCAR-sanctioned event I had covered as a credentialed member of the media in several years. But even with my rather full schedule of dirt races, I do manage to follow the various NASCAR series with some degree of regularity. The result of my attendance this past Saturday did provide a new perspective in regard to the differing paths a driver might take to make it into and succeed on the NASCAR Xfinity Series. 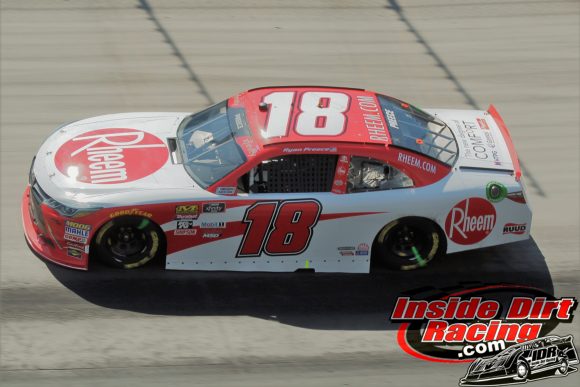 Driver Ryan Preece took a huge gamble with his racing career during the 2017 season. The Berlin, Conn. racer gave up the full-time ride he had driven the year before with JD Motorsports to use the money that would have funded an entire season with a middle-of-the-pack team to buy two races in a NASCAR Xfinity Series effort prepared by powerful Joe Gibbs Racing.

Preece raced a full Xfinity Series schedule during the 2016 season for team owner Johnny Davis. He only managed one top-10 result that year after finishing on the lead lap in just five of the 33 races held over the course of the season. Following that campaign, the driver who had collected a total of 20 checkered flags on the NASCAR Wheelen Modified Tour decided that he needed to be with a team that gave him a more realistic chance to win races.

Preece’s gamble paid off in a major way when he won the U.S. Cellular 250 at Iowa Speedway in July of last year. And as a result of that win along with an earlier runner-up finish at New Hampshire Motor Speedway, the then 26-year-old driver was offered more starts in the JGR ride going forward. Ultimately, the young driver ended 2017 with four top-5 finishes in just as many starts.

That offer once again paid dividends for both parties this past Saturday when Preece drove a Gibbs-owned Toyota into victory lane following the Fitzgerald Glider Kits 300 at Bristol Motor Speedway.

But aside from the Preece gamble that did indeed pay off, there are other ways to succeed in the NASCAR Xfinity Series. For some, building a team from the ground up is best option.

In that same NASCAR Xfinity Series event held on the high banks of Bristol Motor Speedway racer Ross Chastain scored a solid ninth place finish driving for the very JD Motorsports team that Preece had vacated at the end of 2016. That team has built itself into more of a contender than it once had been as their finish at BMS proved to be the third top-10 effort of the 2018 season. 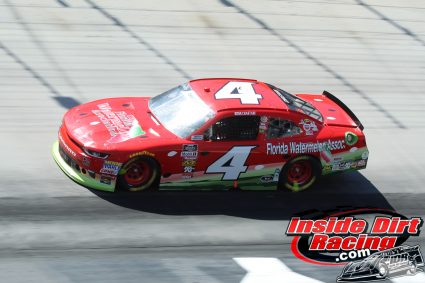 Ross Chastain finished in the top-10 at Bristol

While every driver and team wants to win, that ninth place result provided a high point for the team that is not a part of a Monster Energy NASCAR Cup Series organization.

Another driver and team that scored a season-high finish in Bristol was Ryan Sieg and his RSS Racing organization. After a weekend that saw them damage two cars, Sieg still came home 15th, proving to be the fourth consecutive race in which the 31-year-old driver had improved his finishing position.

Sieg took to Twitter to recognize his team’s hard work following Bristol and in preparation for the upcoming weekend in Richmond, Virginia.

“Major shout out to the RSS team. We have to park haulers Thursday morning at RIR. The guys have been up 20 hours a day working non stop since getting home from Bristol with two wrecked race cars. The team is literally sleeping at the shop for only few hours a day. Thank you guys!” @RyanSiegRacing said. 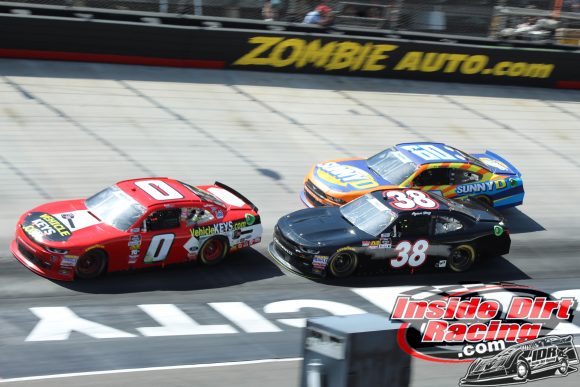 To further show that building from the ground up can be a successful venture, Jeremy Clements won the Johnsonville 180 NASCAR Xfinity Series race at Wisconsin’s Road America in 2017 with his family-owned team. In an earlier interview with InsideDirtRacing.com, the Spartanburg, SC driver outlined the struggle for a small team such as his in taking on the powerful Cup affiliated organizations.

“There’s a big difference there,” Clements said of the comparison between his team and those with Cup affiliations. “I’ve got four full-time employees and three of those travel. We have another guy who meets us at the track. We usually have five including my dad at the track. In the shop, we usually have four full-time guys. And then the pit crew comes in before the race. That’s a totally separate deal. 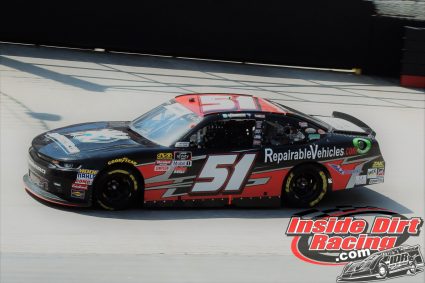 “In comparison, teams like Gibbs or RCR have hundreds of people at their shop and then at the track it seems like they’ve got twelve or fifteen people on each car,” Clements continued. “So it’s a big difference in manpower and they have multi-million dollar sponsors. They probably get more for two races than what we get for a full year.”

Preece obviously decided that the two races he could get with a powerful organization was better than a full season worth of races with a smaller team. Others such as Chastain, Sieg and Clements are part of operations that may not have the resources of a Joe Gibbs Racing but they are an important part of each NASCAR weekend.

There ultimately is no right or wrong answer for how a driver is to go about racing in the NASCAR Xfinity Series. Each may have a different definition of success, but both can indeed experience success in their own way.