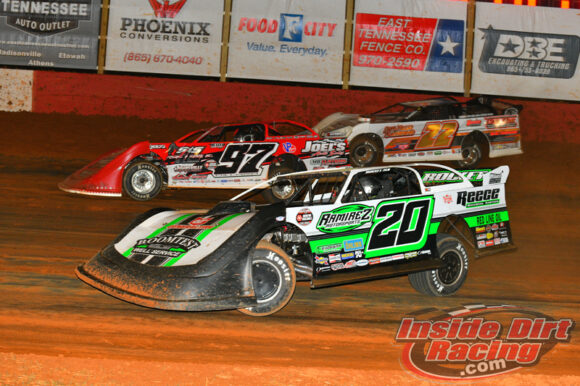 The sport of auto racing is in the midst of one of the greatest challenges it has ever faced. With the world-wide outbreak of COVID-19, virtually every form of the sport has been shut down for weeks with still more postponements and cancellations looming in the near future. No series from NASCAR to Formula 1 to all of the major dirt racing tours has gone unaffected. And that also holds true for most every local short track around the country whether their surface be covered in dirt or asphalt.

Perhaps only the financial mess of 2008 put a greater strain on racing as track closures, team reductions, and sponsorship loses resulted from the poor decisions made within the financial industry leading up to that situation.

But in the midst of the coronavirus outbreak, there are some reasons for at least a little optimism among those inside the racing community.

While there have been postponements within the dirt racing world, those numbers have not yet grown to be excessive. The quarantines, social distancing, and business disruptions that have either been requested or mandated by local, state, and national governments have come at a time in which the racing schedules already had some openings built in.

Following Georgia-Florida SpeedWeeks held each year in February, the dirt racing world – particularly the Dirt Late Model side of the sport – takes somewhat of a breather. This planned break allows teams to rebuild and reorganize as they prepare for the grueling stretches of spring, summer and fall. Had these calls for social distancing occurred later in the year, the impact on racing could have been far greater.

And more, this is a time of year in which a certain number of postponements and cancellations are largely expected. Rain, cold temperatures, and even snow typically interfere with the plans of tracks and series during March and into April so many of those entities either don’t schedule events during this time or leave holes in their schedules for the purpose of making up lost races resulting from weather related disruptions.

Another interesting thing that has emerged out of this hiatus from on-track racing is the movement of iRacing to the forefront of the racing industry. I would have never believed I would be saying this as little as three weeks ago but I have grown to enjoy watching virtual races take place both in the NASCAR version and in other competitive forms of the sport, including dirt racing.

I certainly knew there were people who took virtual racing very seriously but it had just never been something I had put a great deal of focus on prior to this outbreak and the resulting quarantines. Some have invested as much into their simulation rigs as other have invested into an actual Four Cylinder or Street Stock race car. And the visual appearance of this type of racing has improved by leaps and bounds over the past few years which provides a very realistic view.

While watching iRacing will never replace actually seeing cars go around a track at full speed for me, virtual racing has at least to some degree filled the void left by the lack of on-track action.

And lastly, at least for me, is the bright spot of actually beginning to see a light at the end of this dark tunnel we have been in for the past couple of weeks. This piece is certainly not meant to be political but President Trump is hopeful that the United States can get back to business by Easter(April 12). And while that date may be a bit overly optimistic for some regions of the country and for some particular industries, it as a least a date to shoot for.

As of now, there are races that are still on the calendar for the weekend following Easter Sunday. Obviously, the wise course of action is to take a wait-and-see approach over the next couple of weeks and see where we stand at that time. But at least there is hope of a return to some degree of normalcy within the foreseeable future.

Of course, keeping everyone safe from this sickness is the top priority for the sport of racing and every other form of entertainment. The relative importance of racing pales in comparison to the well being of the people who could be in danger of serious illness or even death from this outbreak. Still, however, racing is an important aspect of the lives of many people so the fact that their are a few bright spots to focus on within the sport provides hope to fans, officials, and competitors alike.