Early season races are always important. They often times set the tone for the initial portion of the season. Those events show who has had the most productive off-season and who needs to go back to the drawing board. They give drivers and teams chances to try new things. And, they provide an opportunity to do a little testing while getting paid for it.

The 17th annual Rio Grande Waste Services Wild West Shootout at New Mexico’s Vado Speedway Park will do all of the things mentioned in the opening paragraph. But the plain and simple reason this year version of the Wild West Shootout is important comes from a one-word answer, and that word is laps.

Of course, the money is important and no one is going to turn it down when the checks are written. For sure, five $10,000-to-win features followed by a $25,000 finale spread out over the course of nine days is nothing to sneeze at, even in this time of monster payouts. That said, though, several drivers and teams who are entered in the Wild West Shootout will arrive with some important questions to answer about themselves. And six full racing programs will go a long way toward doing that before the World of Outlaws CASE Construction Late Models Series and the Lucas Oil Late Model Dirt Series seasons kickoff during Georgia-Florida SpeedWeeks later this month. 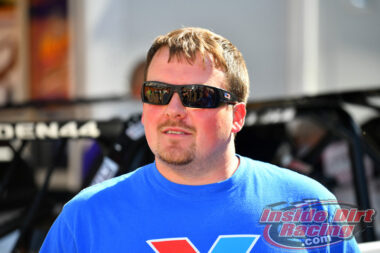 One team that will arrive in New Mexico with multiple questions to answer is the newly formed Sheppard Riggs Racing operation for driver Brandon Sheppard. The four-time WoO Late Models champion announced at the end of the 2022 season that he would be parting ways with the Rocket Chassis house car organization of Mark Richards to reunite with his family-owned team. In the meantime, the Sheppard crew merged their efforts with Riggs Motorsports to form Sheppard Riggs Racing.

Perhaps even bigger news came out of the Sheppard camp when it was revealed that the driver who will return to the World of Outlaws Late Model Series in 2023 will pilot a Longhorn Chassis rather than the Rocket Chassis with which he has had so much success.

How will Sheppard do in a Longhorn? Will the new team be ready to immediately contend at the top level of the sport?

The WoO Late Models will begin their nearly ten-month long journey toward their season finale in Charlotte on January 19th at Florida’s Volusia Speedway Park. But before that begins, Sheppard will have had the opportunity to turn some laps acclimating himself to his new car in the New Mexico desert and to answer those questions. 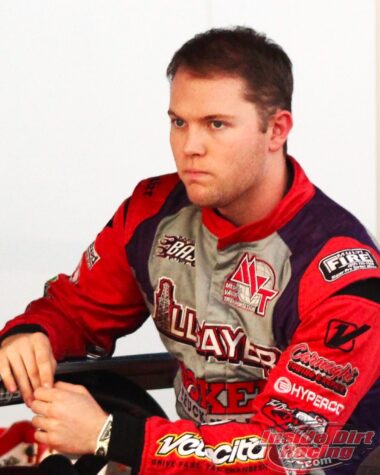 Speaking of drivers working to adapt to a new car, Bobby Pierce will also be moving from a familiar machine to a Longhorn as he leaves aside his Bob Pierce Race Cars ride beginning in the Wild West Shootout. The Oakwood, Illinois pilot has won a total of six WWS features but did not capture a checkered flag at Vado in 2022.

How quickly can Pierce adapt to his new Longhorn?

If the five-time DIRTcar Summer Nationals champion and former winner of the World 100 and North-South 100 feels comfortable quickly, it could spell trouble going forward for the competition in the Midwestern region of the country.

Another former series champion who will be looking to work out a few new wrinkles will be Jonathan Davenport. The three-time Lucas Oil Late Model Dirt Series trophy winner will be with the same team he has driven for over the past several seasons in Double L Motorsports and he will continue to steer a Longhorn Chassis. However, championship-proven crew chief Jason Durham has left the team so that he could get off the full-time grind of Dirt Late Model racing. He will be replaced by Cory Fostvedt, who had previously worked with Jimmy Owens.

Will the Blairsville, Georgia star be able to achieve the same level of success with his new pit boss?

There is still plenty of talent in the No. 49 camp, but as has been demonstrated in racing many times, team chemistry is a must. The Wild West Shootout will provide and opportunity to build that chemistry before Lucas Oil Late Model Dirt Series racing begins on January 26th at Georgia’s Golden Isles Speedway.

Speaking of new crew chief and driver combinations, another pairing who will be looking tackle unanswered questions at Vado will be that of former Double L Motorsports team leader Jason Durham and his new wheelman Stormy Scott. There is no doubt that Durham is a talented wrench turner and Scott has shown skill behind the wheel in both Modified and Late Model competition driving for Rancho Milagro Racing alongside twin brother Johnny Scott.

How will Stormy Scott do with his new and proven crew chief? 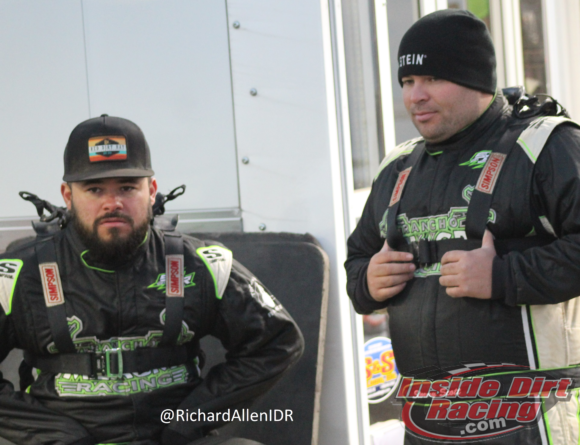 Johnny Scott scored big wins at Lucas Oil Speedway including the Diamond Nationals in 2022. With Durham calling the shots, it would seem reasonable to assume that Stormy Scott will be doing much the same in 2023.

Kyle Larson races on an inconsistent basis in the Dirt Late Model machine prepared by setup guru Kevin Rumley due to his hectic schedule. But in skipping this year’s Chili Bowl Nationals event for Midget cars in Tulsa, Oklahoma, the 2021 NASCAR Cup Series champion will get plenty of seat time in the No. 6 ride during the Wild West Shootout. 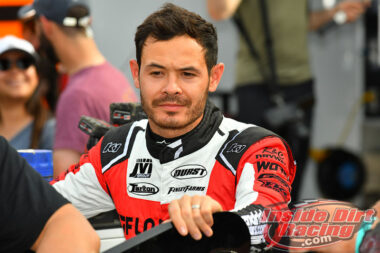 Just how well can the former winner of highly regarded Dirt Late Model shows such as the Prairie Dirt Classic and the Hillbilly 100 do with all those laps over several days time to get into a rhythm with the Dirt Late Model?

It would not be a shock to see Larson pull into Vado victory lane multiple times over these next few days.

Few if any drivers were running better than Mike Marlar at the end of the 2022 Dirt Late Model campaign. After the relatively short off-season, the 2022 Wild West Shootout champ will be looking to carry the momentum from last year into the new season.

Can Mike Marlar continue his winning ways at the start of 2023?

Finally, Garrett Alberson  and Tyler Erb each got off to a good start last year by picking up feature wins at Vado. Each will be looking to not only replicate but improve upon those beginnings as the 2023 schedule kicks off.

Can either or both do it again this time around in the New Mexico desert?

The questions posed above will almost certainly be answered, or at least the beginnings of the answers will commence. Not only can the drivers and teams make some money in the unsanctioned features held over the course of the next week at the highly touted facility in New Mexico but they can set the tone for the upcoming Georgia-Florida SpeedWeeks and the remainder of their schedules.

Live coverage of the Wild West Shootout at Vado Speedway Park can be seen on FloRacing.com.