Home Blogs Podcasts The NASCAR playoff leaves too much to chance

The NASCAR playoff leaves too much to chance 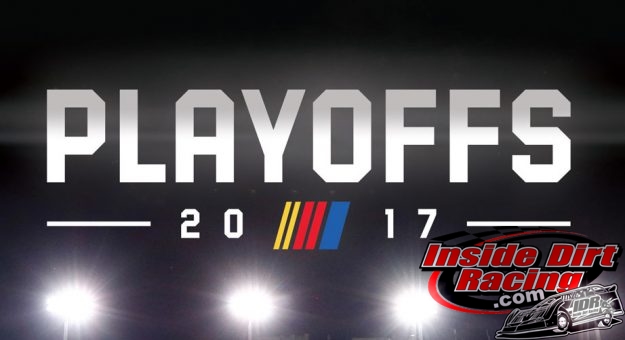 When NASCAR first devised its playoff style format back in 2004 I tried to like it. But the idea of such a thing just wouldn’t take hold in my mind and I have since grown to pretty much detest the idea of settling a season-long racing series championship in one final race. Rather than reward the driver who has been good all season, the current(and I say current because they change formats so often) system instead rewards a driver who gets hot at the right time over the final ten events.

This type of system may be great for the NCAA College Basketball Tournament or the NFL Playoffs, but racing is neither of those sports. As a result, the determination of the Monster Energy NASCAR Cup Series seems very contrived and geared as much toward luck as it is perseverance and season-long performance.

While some may not like him as a driver or may oppose the fact that he drives a Toyota, if anyone other than Martin Truex, Jr. wins the 2017 championship it will seem to be somewhat undeserved. The No. 78 team has been the best virtually all year but could see a late race flat tire or an accident caused by some other driver deprive them of the title. There just seems to be something very wrong about that.

NASCAR fans as well as those on the inside of the sport often like to point out that their sport is not the same as the ‘stick-and-ball’ sports. Yet at the same time, the defenders of the playoff scenario will remind others of the time when the New England Patriots came into the Super Bowl undefeated but were eventually beaten by the New York Giants to show that the best team during the regular season does not always end up as the champion.

If you’re going to make that argument on the last week of the season, don’t spend time during the other 35 weeks pointing out that your sport isn’t one of “those” sports.

Yes, drivers Kyle Busch, Kevin Harvick and Brad Keselowski, along with Truex, have done what the system calls for and have advanced to the point where any of the four could be crowned as champion on Sunday evening in Miami. But it just feels too much like a fake scenario to this writer.

I have always been a big believer in allowing each individual event stand on its own. When NASCAR devised its playoff format, it brought about a situation in which the big picture caused the individual parts to become blurred. It’s now a case of not being able to see the individual trees for the forest.

And apparently I’m not the only one who has developed a dislike for all things contrived. In the attempt to build a system geared for TV drama, the sport has lost its television audience as ratings have reached all time lows throughout the 2017 season. And that’s apart from the vast empty spaces in the grandstands at many tracks this year and in previous years.

At the end of the day on Sunday, a Monster Energy NASCAR Cup Series champion will be crowned. And while there may very well be some type of dramatic scenario that plays out to produce this winner, this writer has a difficult time accepting the legitimacy of the end results because too much is left to chance when just one race ultimately decides a racing series championship.