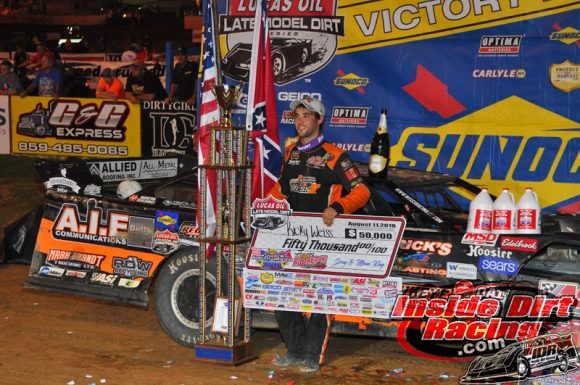 The last time Ricky Weiss entered one of Eldora Speedway’s crown jewel events his weekend ended before it really even began as the No. 7 Sweet-Bloomquist Race Car was disallowed during pre-race technical inspection. From that point, the driver from Headlingly, Manitoba drove to the River Cities Speedway in Grand Forks, North Dakota to score a pair of wins that earned him and his team more than $10,000.

However, the story was different on Thursday night at the Tony Stewart-owned half-mile clay oval located among the corn fields of western Ohio. Weiss drove to a $10,000 win in the B-Feature race used as a preliminary for the $125,000-to-win Dirt Late Model Dream set to take place on Saturday evening. The young racer recalled the disappointment of last September in his post-race interview from Eldora’s victory lane on Thursday night.

“We left, we picked our heads up, we drove a long ways and it paid off for us in the end,” Weiss recalled. “But this is one of my favorite tracks. I’m happy to be here and I’m happy to be standing here.”

The 2018 season was defined by much more than a refusal in pre-race tech at the World 100 for Weiss. Indeed, the driver ultimately captured a total of 25 checkered flags over the course of the season. And while most followers of Dirt Late Model racing were well aware of the Canadian and his abilities, it was a win that occurred in August of last year that would place the name of Ricky Weiss at the forefront of the racing universe.

That victory actually came even before the disappointment of Eldora when Weiss took home the top prize in the Lucas Oil Late Model Dirt Series-sanctioned North-South 100 at Kentucky’s Florence Speedway. That $50,000 triumph opened a lot of eyes and focused them clearly in the direction of the five-time Wissota National Champion. 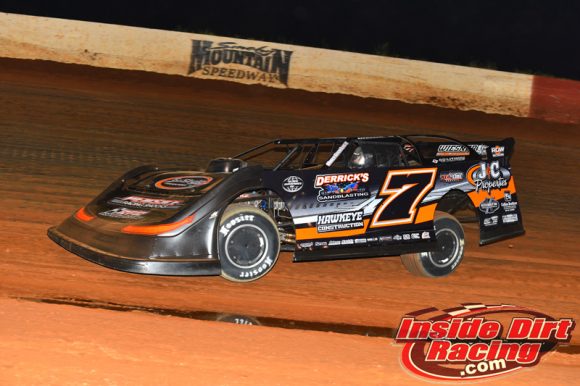 And the impressive wins didn’t end there. Earlier this season Weiss grabbed a guitar-shaped trophy at the ‘Rockin With the Stars’ event at Smoky Mountain Speedway in Maryville, Tenn. And while that $5,000-to-win Southern All Stars Dirt Racing Series victory may not sound like the type of triumph that would garner national headlines, consider that the likes of Chris Madden, Jimmy Owens, Jonathan Davenport and Brandon Overton were among the combatants in that race.

Any win at Eldora Speedway would be prized by any driver in the Dirt Late Model racing realm. But a win leading up to the Dirt Late Model Dream that featured some of the top names in the sport is one that will move that driver’s name further up the ladder of recognition in the sport. Thursday night at Eldora pushed the name of Ricky Weiss one step further up the ladder toward joining the names of this sport’s brightest stars.