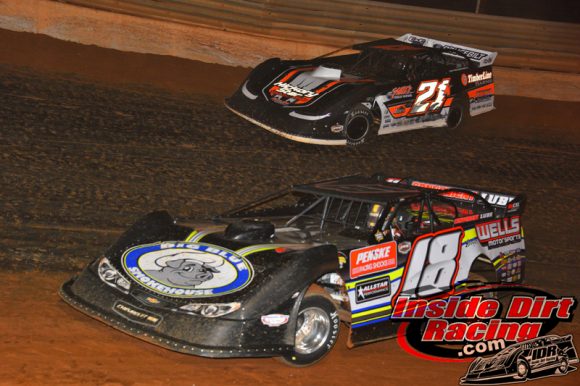 Competition is typically intense on the high banks of Tazewell Speedway

Just days after word came that Tazewell Speedway had been dropped from the Lucas Oil Late Model Dirt Series schedule for the 2020 season, the Gary Hall-owned facility located in upper east Tennessee has made known its plans to host a dual sanctioned $20,000-to-win race run under the banners of the Schaeffer’s Oil Spring Nationals Series and the Schaeffer’s Oil Iron-Man Late Model Series on Easter weekend.

The one-day event is slated for April 11, 2020. It should be noted that no Lucas Oil Late Model Dirt Series race is scheduled for that weekend.

This will be the largest paying one-day event in the history of the track. In 2011, Tazewell Speedway contested a World of Outlaws Late Model Series feature that paid out $20,000 to eventual winner Chris Madden but that was a two-day show that played out on Independence Day weekend.

According to the release on TazewellSpeedway.net, the main event will run for 75 laps with the winner receiving $20,000 and a minimum of $1,000 to be doled out for those who start the feature.

The release promises that more details will be provided in the future.