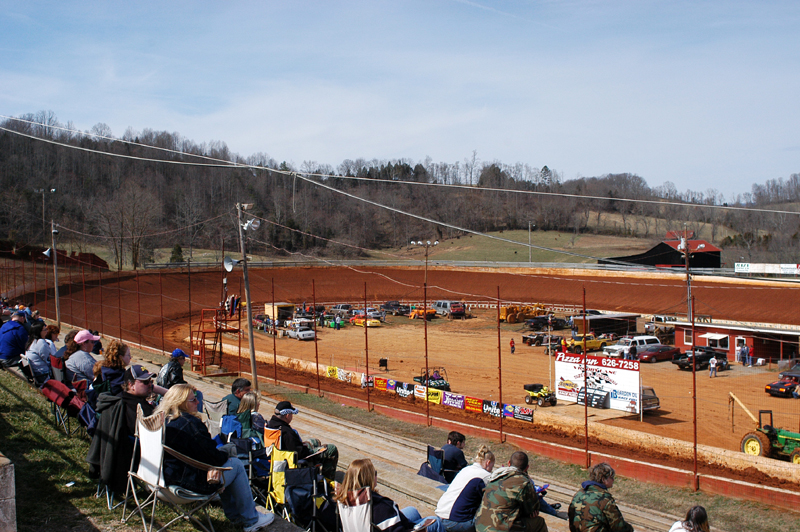 Tazewell Speedway has released their 2014 schedule. As in past years, the schedule is loaded with all kinds of special events and double features for its own divisions. Twenty-eight dates are on the schedule for the 1/3-mile speed plant.

The season kicks off Saturday, March 22 with the fifth annual Charles Trammell Memorial. This year’s running is a $1,500 to win race for the limited late models.

Following a weekly program on April 5, the World of Outlaws Late Model Series returns on April 12. Last year’s race was rained out. This year’s race is two weeks early than previous years to take advantage of open dates for other racing series.

On Saturday, May 24, the track hosts its popular Kids’ Night. The program features kids competing in foot races for bicycles and trophies. Children are split into two age groups, 6-9 and 10-13, for the competition. Every child that competes receives a free speedway shirt.

“That’s one of our most popular events,” stated Gary Hall, Tazewell Speedway owner. “The kids have such a good time and they like being down on the track holding their own races. Aside from our super (late model) races, it’s usually one of the biggest crowds we have all year.”

The Lucas Oil Late Model Dirt Series returns on Friday, May 30. Tazewell Speedway is one of the few tracks in the country to host the Lucas series every year the series has been in existence. John Blankenship out-dueled Scott Bloomquist for last year’s win.

The Chevrolet Performance Super Late Model Series will make two visits to Tazewell. The first is on June 14 for a $3,000 to win race. The second visit is on Sunday, August 31 for the Buddy Rogers Memorial. The series features the GM crate engine known as the CT525. The series is designed to be a step up from the normal crate series that features the GM 602 and 604 engines. It is also designed to be an alternative to super late model racing.”

“I’m really excited for this series and what they’re trying to do,” Hall said. “It’s getting so expensive to run a super late model deal. That’s why the car counts keep going down every year. I feel this series will really take off as guys want to continue to race, but don’t have the money to keep running a super (late model).”

A new series will visit Tazewell Speedway on July 5. The Southern National Bonus Series will make its first visit for a $5,000 to win race. The new series will hold non-point races throughout the season.

Ray Cook’s Southern Nationals will make its annual stop at Tazewell on Saturday, August 2. The series champion will be crowned following the race. This year’s Southern National schedule has been pushed back one week to accommodate Cook’s racing schedule. Cook recently announced he would be driving the MasterSbilt house car in 2014 and back on the Lucas Oil series tour.

The popular Fall Brawl/Chris Collinsworth Memorial will cap off the list of special events on October 4. The race features a pair of $2,000 to win races for both the limited late models and the modified streets.

In addition to these special events, Tazewell will host a number of double feature races nights for all regular divisions as well as bigger-purse limited late model races.

Tazewell’s full schedule can be viewed on their web site at www.TazewellSpeedway.net.