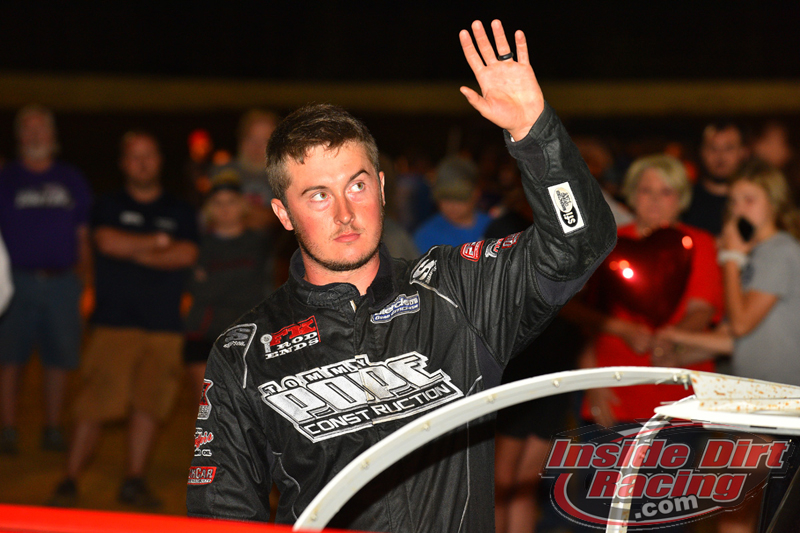 The Lucas Oil Late Model Dirt Series swings back into action this weekend with a three-race event taking place at Nebraska’s I-80 Speedway culminating with a $30,000-to-win feature on Saturday evening. One of the positive stories to come out of the 2020 season so far is that of Kentucky native Tanner English. The 27-year-old driver currently leads the Elibach Springs Rookie of the Year standings and sits 10th in the overall championship standings.

This success comes one year after after the disappointment of what looked to be a promising situation that fell through. Going into 2019, English was set to drive a car prepared out of Randy Weaver’s Tennessee shop. However, that deal fell apart leaving English seemingly without a ride for the remainder of the year. However, the Benton, Kentucky driver was able to piece together numerous rides which ultimately resulted in four victories including a $10,022 triumph at Lake Cumberland Speedway last August.

“We had quite a few people to help us out when that deal fell through,” English told InsideDirtRacing.com. “If it wasn’t for people like them I would have had to sit out most of the year. That was cool to see people step up like that and help me out and it wasn’t people that I called on my own, they called me. That makes you feel good and makes you think you’re doing something right.”

The 2020 season again began with promise. English received a call from former NASCAR driver and Dirt Late Model car owner Scott Riggs during the off-season. That call came with an offer to drive a Rocket Chassis for Riggs Motorsports.

“He called me this winter when I didn’t have any plans really and he asked me what my plans were and if I had anything going on,” English explained. “He just told me what he wanted to do and it kind of went from there. He had planned on going to Florida, East Bay and everything, and I had planned on doing that too because I had had a pretty good run there the year before. He wanted to do that so we did and we came out pretty good.” 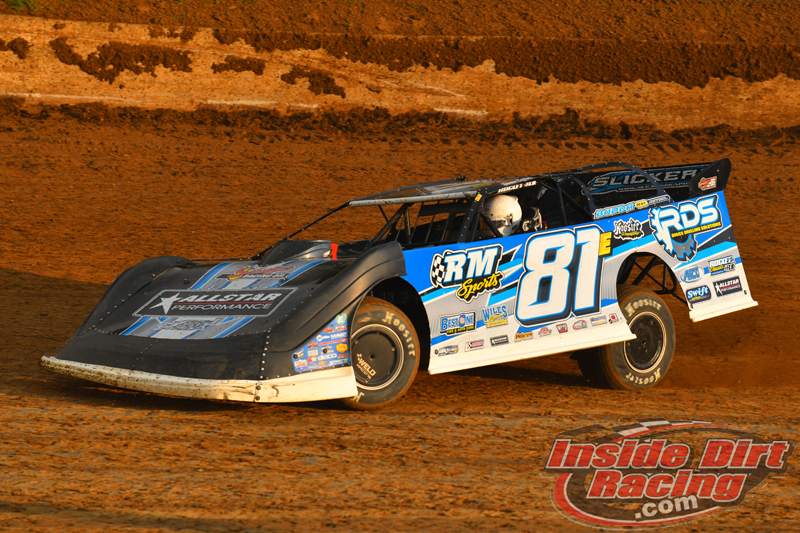 After the unforeseen events that would eventually play out following the Lucas Oil Late Model Dirt Series portion of Georgia-Florida SpeedWeeks, the team then made the decision to stick with that tour for the remainder of the campaign. And that decision has led to an opportunity the 2018 MARS Racing Series champion wasn’t sure he would have otherwise ever enjoyed.

“We were 11th or so in the points deal and that put us in the show-up money for the Lucas Oil deal, then one thing led to another and when everything shut down we just decided that we would follow the Lucas deal because there wasn’t much else going on,” English pointed out. “I’ve got to thank them because I wouldn’t have got to do the racing that I’ve done this year and got to experience half the things I’ve done. That’s huge being able to get out and race at new tracks and that’s something I would have never been able to do on my own.”

Overall, English is relatively pleased with his performance in his first full-time run with a national touring series. But he does know of one area in which he feels the need for improvement.

“I’d probably give myself a B minus,” he said. “I’d like to be a little bit better at just getting more aggressive. I’m used to racing in my own stuff and not having the time to fix things so I tend to race kind of conservative. I get told that a lot, but I try to get better every race and try to get in that mindset and go hard when I need to and take chances. That makes you a better driver in the long run. You may get into a few more run-ins like that but that’s just part of it.”

Adjusting to the length of races on a national series compared to shorter features in local and regional shows has proven to be a challenge at times but the driver feels as though he is getting the hang of it.

“These 50 and 100-lap races are long, and I’ve run a few of them, but these guys have done it for a long time so they know how to manage tires and manage their equipment and go when they need to. That’s the main thing with running this deal is learning how to do that.”

So what would it take for the driver of the No. 81 machine to call his 2020 effort a success?

“If we can wrap that rookie deal up and finish in the top-10 in points I think I would consider that a successful first year at this,” he declared. “Not a lot of people get to say they have ran it, especially finishing it out. I think that would be something to be said. Most of the time it’s just been me and my dad but we’ve got some help now and that takes a huge load off of us. Racing against these guys, most of the time they’ve got three people with them on top the driver, and it’s tough to compete with that. To do what we’ve done, I feel pretty happy.”