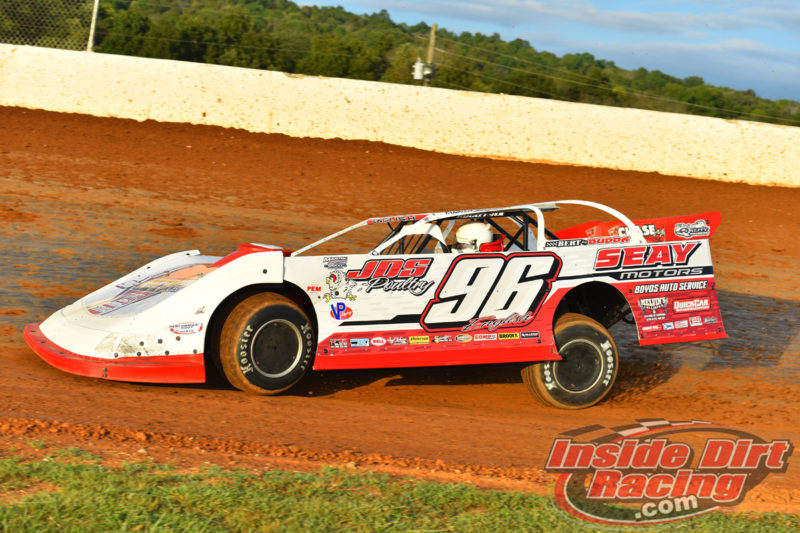 English was the pole sitter for the 50-lap race alongside Tommy Bailey as the field came to the green flag. Bailey shot out to the early lead over English. But English kept the pressure on Bailey until taking the lead several laps into the event. A cut left rear tire by Tony Jackson Jr. slowed the pace allowing the field to regroup.

English maintained the lead on the restart, but Jason Jameson took third from his teammate Justin Rattliff. A little further back in the field, Tyler Carpenter pressured Michael Chilton for fifth after two more cautions. Carpenter finally took the spot and brought Skylar Marlar with him.

As the leader caught slower traffic, a pair of cars were battling side-by-side as English and the other leaders caught them. Bailey pinned English behind the slower cars and took the lead. English used the same move a lap later to retake the lead, a lead he would never give him. 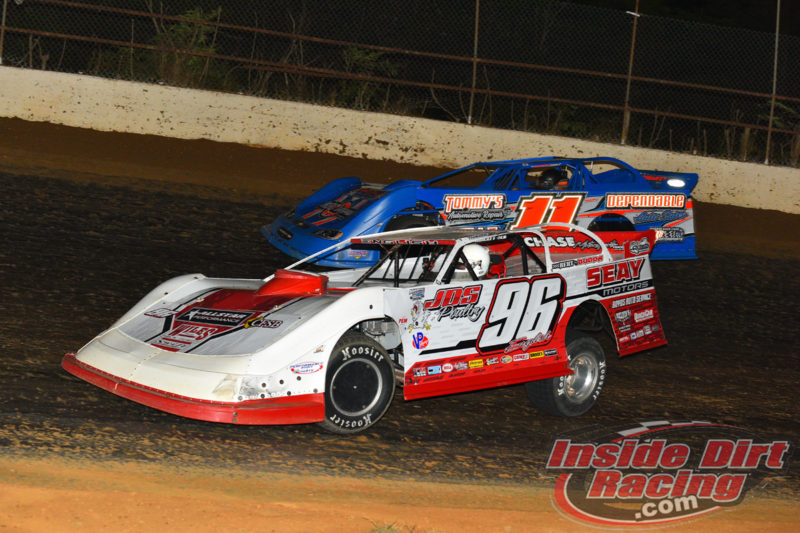 The track took rubber and passes were hard to come by except on a couple of late race restarts. In the end, it was English showing the way as the field took the checkered flag. Bailey kept Jameson at bay for second with Rattliff finishing fourth and Carpenter rounding out the top 5.

Skylar Marlar set the fastest times of the 25 cars to sign up. Marlar clocked in a lap of 13.300 seconds to claim the pole for the first of three heat races. English came from third starting spot to win the first heat race. Tommy Bailey and Victor Lee were the other heat race winners.

English’s win was worth $10,022 that paid tribute to the late Harold Hardgrove, founder of Lake Cumberland Speedway. 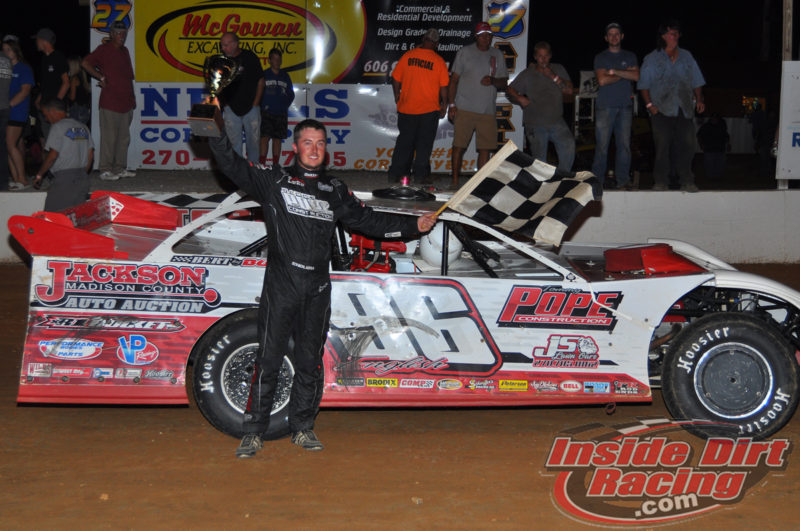