This week’s driver is David Miley 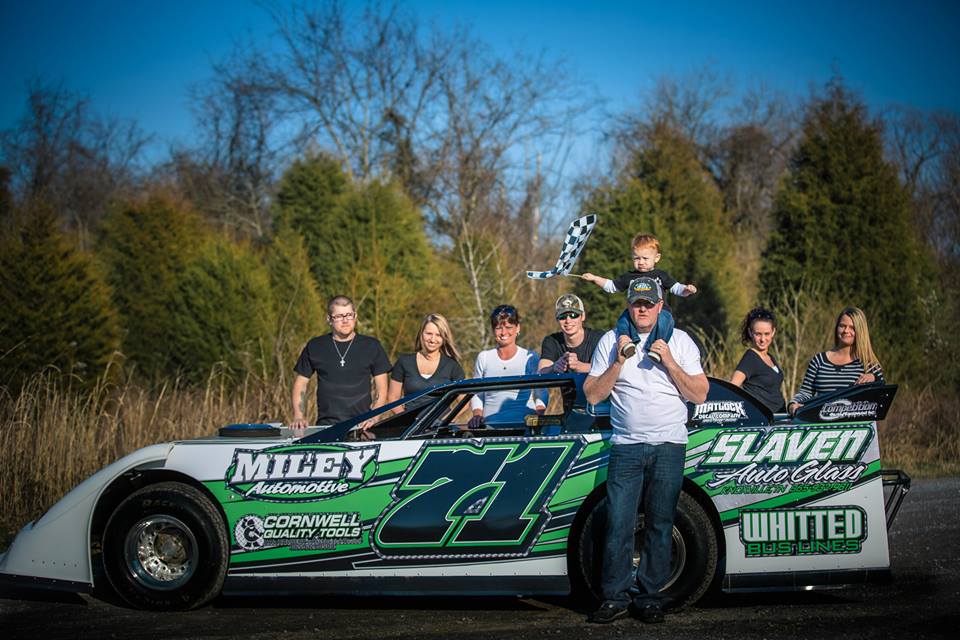 David Miley with family and crew

David Miley has not only established himself as one of the more competitive support class drivers in east Tennessee, but also as a driver who fields one of the best looking cars in the region for any class. The 46 year old Knoxville resident will be racing in the Thunder & Lightning class throughout 2014 at the 411 Motor Speedway.

“We’ll mostly be racing at 411 this year. With the cars built by their rules, that’s really about the only place we could be competitive.”

“About 25 years all in all. We’ve raced at Tazewell, Smoky Mountain, Atomic and Bulls Gap. I’ve run mostly in the Modified Street class but I have run some in a Limited Late Model too.”

2. Why the Thunder & Lightning class?

“For us, it’s a more affordable class. We build our own chassis and put a stock front clip on it to fit the rules. That works best for us.”

“With us building our own cars, I would say that the best thing is the satisfaction of seeing the car run good and knowing that we built it ourselves.”

“It would probably be in 2001 at Atomic when we won the Blue Ridge championship in the Modified Street class. It was NASCAR sanctioned at the time.”

“Honestly, I’m pretty content with what we’ve done so far. And this particular year is going to be my last year. I’m hanging it up after this season. I’ve got an automotive shop and I’m not getting any younger so we’re going to try to dedicate more time to our business. The racing part takes up a lot of your time.”

“I’d have to say Ronnie Johnson. As far as a person goes, he’ll talk to you and do his best to help you.”

7. What’s your favorite thing to do away from the track?

“I would say camping.”