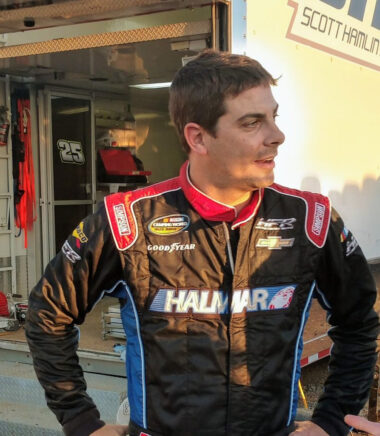 Stewart Friesen is one of the busiest racers in the country. He has won on the NASCAR Camping World Truck Series where he competes regularly and he has scored numerous victories in the Big Block Modified he races when not fulfilling his NASCAR obligations. But during this past off-season he added an entirely new form of competition to his racing endeavors when his Halmar Friesen Racing team took delivery of a Longhorn Chassis Dirt Late Model machine. The star driver then entered multiple Late Model events during the racing world’s recent venture to Florida for SpeedWeeks.

And that busy racing lifestyle will certainly continue for Friesen this weekend as he plans to take on an action packed three-day stretch. The Niagara-on-the-Lake, Ontario native who now calls Sprakers, NY home will hit the road course at Daytona International Speedway with the NASCAR Truck Series on Friday night then will head north to steer his new Late Model in a pair of races with the Drydene Xtreme DIRTcar Series in South Carolina.

Why would a driver who has won numerous Big Block Modified features and was a NASCAR Camping World Truck Series Championship 4 Playoff contender two years ago want to add more to his racing agenda?

“It’s cool. It’s definitely unique,” Friesen declared in a press release from the Xtreme DIRTcar Series. “It’s a different experience from the Truck, the Modified or even the Sprint Car racing I did some years ago. Definitely something I’ve always wanted to do, being a fan of that discipline of racing.”

Friesen jumped into the deep end of the pool for his Super Late Model debut. The Lucas Oil Late Model Dirt Series drew 57 cars for its season-opening event at All-Tech Raceway in Ellisville, FL. He then travelled with the series to East Bay Raceway Park in Tampa. He was unable to make a feature in either of those races.

So what does this driver who has accomplished so much hope to accomplish in a Dirt Late Model?

“We’re realistic about our goals with the Late Model,” Friesen answered. “Especially in Florida during the SpeedWeeks chase when there was 60s, high-50s car-counts. East Bay had like 76 the night we ran there. So, our first goal was just to qualify for a feature.” 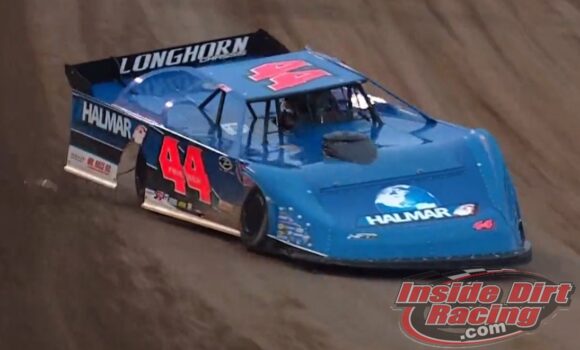 Stewart Friesen in his No. 44 Longhorn Chassis Late Model

Not only did Friesen accomplish the goal of making a feature, but in the fourth Super Late Model race attempt of his career, the 37-year-old was second fastest in his qualifying group. He then went on to win his heat race and drove to a seventh place finish in the Lucas Oil Late Model Dirt Series feature at Bubba Raceway Park in Ocala, FL.

“I probably learned more about racing and that style in those couple of weeks than I have in the last 10 years between the Modified and Truck races,” Friesen said. “It’s a whole different discipline, but it’s been really exciting and a lot of fun to learn that.”

Friesen plans to enter the Drydene Xtreme DIRTcar Series race this weekend at Lake View(SC) Motor Speedway on Saturday and the Cherokee Speedway in Gaffney, SC on Sunday.