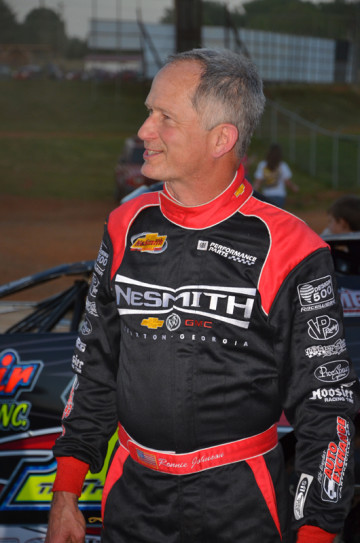 The Southern All Stars Series is pleased to announce the Class of 2020 Hall of Fame Inductees to be enshrined on August 15, 2020 at the 3rd Annual Governors Cup at Talladega Short Track in Eastaboga, AL. In addition to inductees going in on the dirt side, we will also be inducting an asphalt group this year as we start off with a stellar group of men for the inaugural class of 2020.

Being inducted this year on the dirt side is 2 drivers that have not only said they will be there to receive their hardware, but will be bringing their racecars and entering the Governors Cup race itself.

Ronnie Johnson – “The Chattanooga Flash” as Ronnie is known has the most career wins with the series at 65 and 3 championships.

Clint Smith – “Cat Daddy” as his fans call him is one of 2 drivers tied for the most championships with 4 for the series.

Lynn “Preacher” Phillips and Alfred Gurley – Owners and builders of Talladega Short Track, their track has hosted at least 1 All Stars race in the series 37 year history.

Mickey and Mike Swims – Owners of Dixie and Rome Speedway’s in Georgia, they hosted numerous events with the All Stars and also were part of the Hav-A-Tampa Series back in the 90’s.

Clyde Haynes – Clyde was a staple with the series as B. J. Parker hand picked him to be the official flagman of the series. Fans knew when Clyde lifted that left leg as the cars rolled off turn 4 that we were going green. 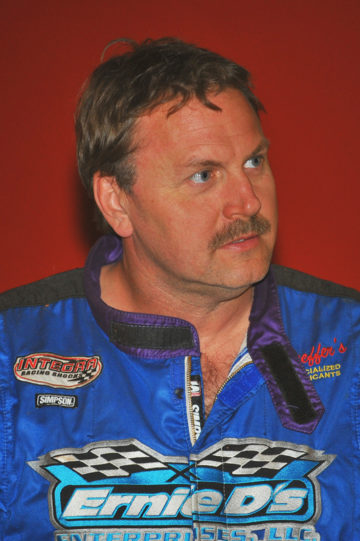 On the asphalt side, another great group of men going in as the 1st class of many more.

Ben David Atkinson – Former flagman at Huntsville Speedway, partnered with B. J. Parker to form the asphalt series. Later on not only would they have the Super Late Models, but also the Pro Late Models along with the Truck Series. Ben’s son David and grandson Davey work with the dirt series to help carry on the tradition.

Mike Harmon – Mike was the asphalt series first champion. He and Jerry Goodwin were neck and neck for the championship the next year as they started the last race of the season at Nashville Fairgrounds Raceway and Mike wrecked on the green flag lap. Mike now drives and fields cars in the Ixfinity Series, still giving drivers the chance to race all over the United States.

Jerry Goodwin –  Jerry won the second championship driving for car owner Dennis Reno from Birmingham. Later on Jerry went back to dirt racing and competed at many All Star races on the dirt side.

Norm Basden – Norm was a friend to everyone on the All Star circuit as he sponsored the series and also some drivers. Mike Harmon, Johnny Brazier and several others were drivers that Norm sponsored and also would present the champion a brand new trailer at the end of the year.

Series official Ray Tennyson said “What a great group of men going into the 2020 Hall of Fame class. I had the opportunity to know each one of the gentlemen and cannot think of any more deserving of this honor as they do. August 15th will be a very special night for these men and their families.”

Series announcer Dewayne Keith said ” To be inducting Ronnie and Clint of the dirt side is such an honor. With the Swims family, Preacher and Alfred and Clyde that help the series to be where we are 37 years later is such a honor to these men. They have meant so much to the series through the years.”

The 3rd Annual Governors Cup with be August 15 at Talladega Short Track with $10,000.00 going to the winner of the 60 lap event. For more information go to www.sasdirt.com for all the details.