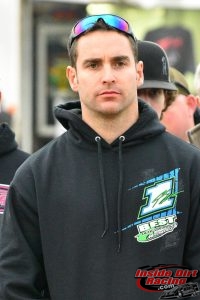 The Lucas Oil Late Model Dirt Series is only counting the best five finishes out of the nine events to be contested during the 2021 version of SpeedWeeks toward the championship points total for those who have perfect attendance in these early races. After the first three events held so far, some drivers and teams are in jeopardy of using up all of their so-called “Mulligans” early in the going. Needless to say, all of those who intend to compete for the series title hope to leave the Sunshine State with as many top finishes as possible so they do not have to enter the grind of the regular season well behind those who did well in these opening races.

Josh Richards is one driver who finally posted a solid finish on Tuesday night in the Wrisco Winter Nationals at East Bay Raceway Park. After scoring disappointing results of 18th and 17th respectively in features held at All-Tech Raceway in Lake City, FL on Saturday and East Bay Raceway Park in Tampa on Monday, the Clint Bowyer Racing team rebounded with a solid 4th on Tuesday at East Bay.

One thing that must improve for this team going forward comes during the early portion of the night. Richards has only managed qualifying runs of 11th, 19th, and 15th in his group in the first three outings. As a result, the CBR driver has yet to earn a starting spot in the feature through the heat races. He has started all three features held so far from 21st after racing in a B-main or using a provisional.

Richards acknowledged that problem in his post-race interview with MavTV Plus on Tuesday.

“We qualified terrible both of the first two nights, at All-Tech and yesterday, so we qualified a little bit better,” he said. “I feel like we had a better car than what we did(in qualifying). We made some changes there and found some speed.” 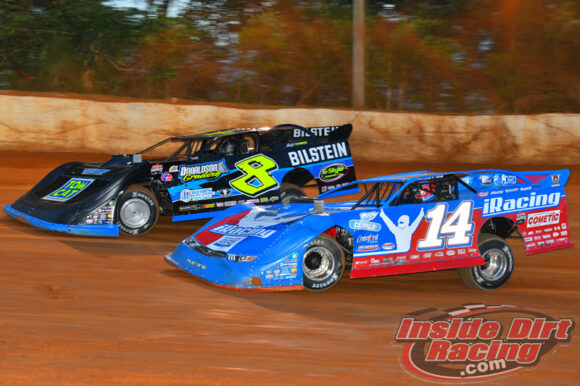 During the 30-lap feature, Richards steadily made his way through the field until he found himself racing near the front of the pack with Kyle Bronson and Brandon Sheppard late in the race. His most recent run has him looking for even more success in the upcoming events.

“The car was phenomenal in the feature, at least we could show and get up through there,” he pointed out. “I wish we had some more time but I saw Kyle slip up there so I just kind of backed off a little bit to save my tires and was able to get back to him. I saw Sheppy get a flat so I was just trying to baby it and finish where we were and get what we can. We hope we can get some wins before the week is over.”