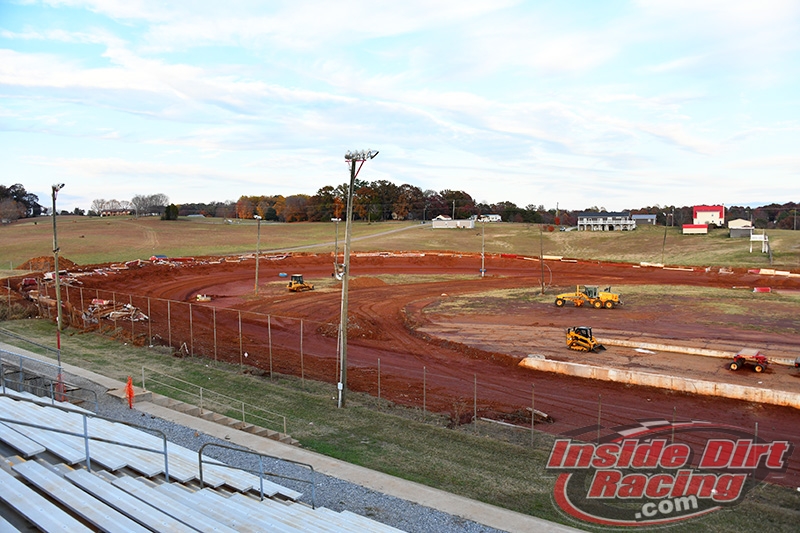 Smoky Mountain Speedway is being shortened to a 3/8-mile track.

Maryville, Tennessee – Smoky Mountain Speedway will start a new chapter for its 59th season of racing in 2023. The track will be converted to a 3/8-mile speedway when the season tips off in March.

Smoky Mountain Speedway owner Roger Sellers decided to shorten the track, in an effort to provide better racing and bring in more divisions for the upcoming seasons. The current configuration of just over 4/10-mile will be changed to a 3/8-mile configuration with progressive banking. Aside from the progressive banking, the size and layout will be similar to Magnolia Motor Speedway in Mississippi.

“It’s something I’ve been thinking about since I took over as sole owner a few years ago,” Sellers said. “Being a car owner, I’ve traveled all across the country and have seen racing on tracks of all shapes and sizes. What I have noticed is tracks around 3/8-mile in size usually have the best racing.”

“I know a lot of people have said the track surface should be better before we shorten the track. I understand that. We are going to address that as well. We ask people to be patient as we progress.”

“The cars today are so aero dependent, it’s hard to get good racing on a bigger track these days. Plus, we’d like to get the open wheels and street stocks to come back and race with us. The track size is one thing those guys have complained about the most when they would come here.”

The existing banking for turns 3 and 4 will be taken down and most of that will be used to build the new turns.

By reconfiguring the track, this will be the track’s fourth configuration. The original layout was a ½-mile dirt track when the speedway opened in 1964. The track became a ½-mile asphalt track in 1967, then returned to a ½-mile dirt track in 1978. The track was shortened to its most recent configuration in the late 80’s when turns 1 and 2 were brought in to their current location.

Work on the new layout should be completed over the next couple of weeks. Additional work is to take place on the track.

“We’re going to put down some fresh clay over the whole track,” Sellers added. “The track itself is in need of it and we may have an open practice to let drivers try it out and give us some feedback. We know we’ll have to do some tweaking before we start racing next year.”

Though the 2023 race schedule has not been announced, the new layout for Smoky Mountain Speedway will debut the first weekend of March with the annual Tennessee Tip-Off event.