Justin Smith was the surprise winner of the American All-Stars 40-lap race. Surprising because Smith had failed to make the field for his previous AASS attempts.

The Kentucky driver served notice early he was the man to beat. After pacing the field in hot laps, Smith backed it up by setting fast time among the 22 entrants. Smith won the fast car dash to win the pole for the race.

Smith wasted no time in jumping to the lead as the green flag waved over the field. Rusty Ballenger and Matt Henderson battled for second. Following a quick caution at the end of lap 1, the battle for second resumed between Ballenger and Henderson. As Trevor Sise held the fourth spot, Zach Sise and Brandon Miller spent a number of laps racing for fifth.

Henderson grabbed second from Ballenger just before another caution waved on lap 6. Henderson had no luck in challenging Smith once the race resumed.

Another caution came out on lap 17. On the restart, Henderson was able to pull beside Smith for the lead. Henderson was unable to take the lead, but stalked Smith for several laps before Smith pulled away once again. As the laps wound down, Trevor Sise took second from Henderson. A few laps later, brother Zach Sise also passed Henderson to love up to third place.

Smith easily wins the race as the Sise brothers finished second and third. 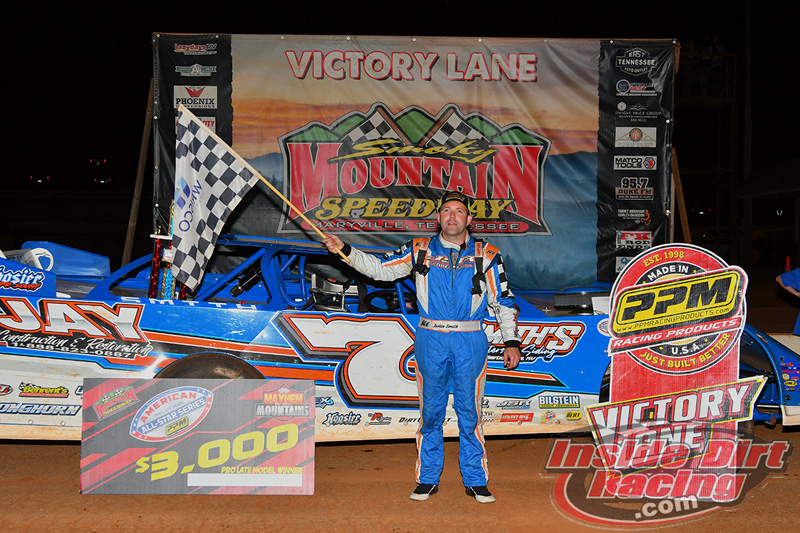 The Topless Outlaws took to the track for their own 40-lap feature. Hall of fame driver Skip Arp set fast time among the 16 cars signed in to earn the pole position over Cameron Weaver.

As the race started, Arp shot to the lead as Weaver and Chase King battled for second. Weaver took second and settled in several car lengths behind Arp. Jason Manley briefly moved into third and challenged Weaver for second. Weaver held on and King passed Manley to retake third.

As the top four remained unchanged, the first caution waved on lap 22 as Kyle Courtney got into Manley in a battle for fourth. Courtney was charged with the caution and Manley maintained fourth.

On the restart, another caution came out as several cars made contact on the front stretch. After a brief red flag, the field was lined up and restarted. Weaver made a dive to the bottom in turns 1 and 2 to move beside Arp. Weaver challenged Arp for the lead for the next three laps before Arp finally pulled away from Weaver. Arp cruised to the win over Weaver and King. 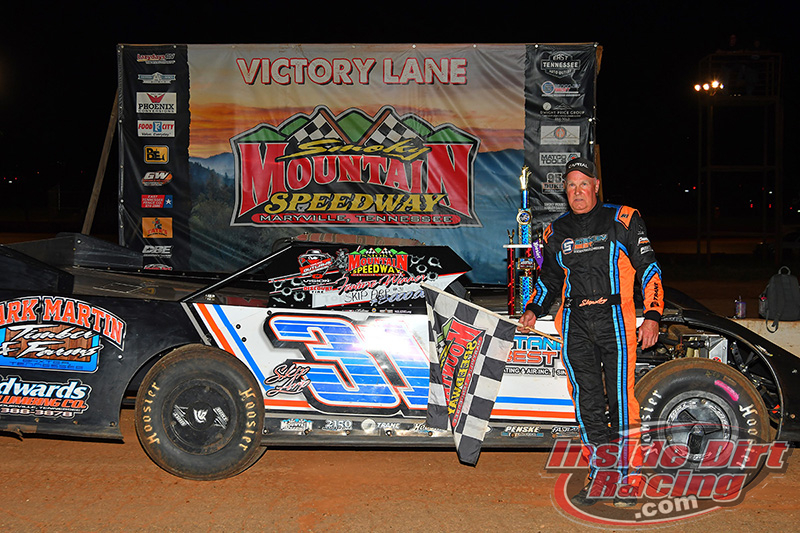