Skip Arp calls it a career

Hall of Fame driver Skip Arp has decided to hang up his helmet for the last time. In a statement released by Arp on Wednesday, he said it was time to call it a career after 40 years of racing.

The Georgetown, Tennessee driver was one of the top dirt late model drivers starting in the early 1990’s. During that time, Arp registered 14 wins in the Hav-a-Tampa Dirt Racing Series and finished runner-up in the series championship standings to Scott Bloomquist in 1998. Arp also has 9 wins in the Southern All-Stars Series plus wins in a number of other series. 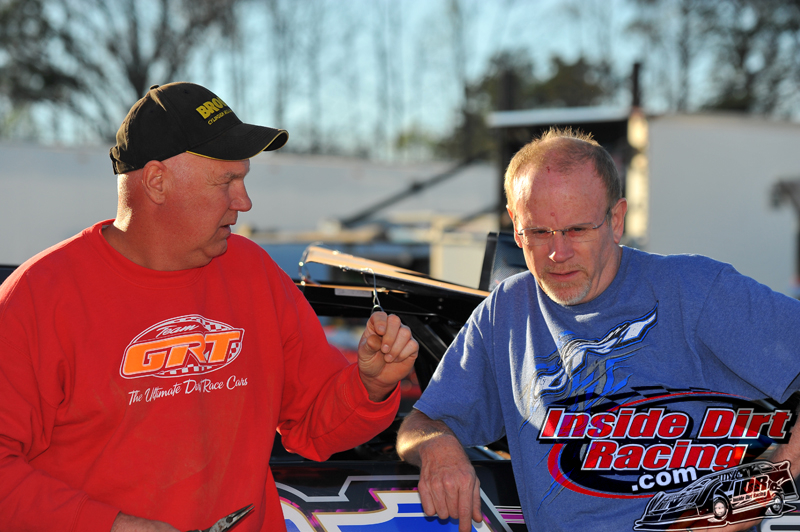 After starting his racing career at Cleveland Speedway, Arp rose to the national level when he teamed up with Ralph “Butch” Curtis through the 2001 season. Arp has spent the last 13 seasons driving for Stanley Best of Maryville, Tennessee.

Arp’s racing had dwindled in recent years because of work responsibility and primarily focusing on more regional events. He only raced a few times in 2018 before suffering a workplace concussion that left him sidelined for nearly  months. Arp returned to the track this past Saturday in a Southern All-Stars event at Smoky Mountain Speedway. He did not transfer to the feature race.

In his statement, Arp thanked a number of people for his hall of fame career including former car owners, friends, his fans, and his wife of 31 years, Janice. 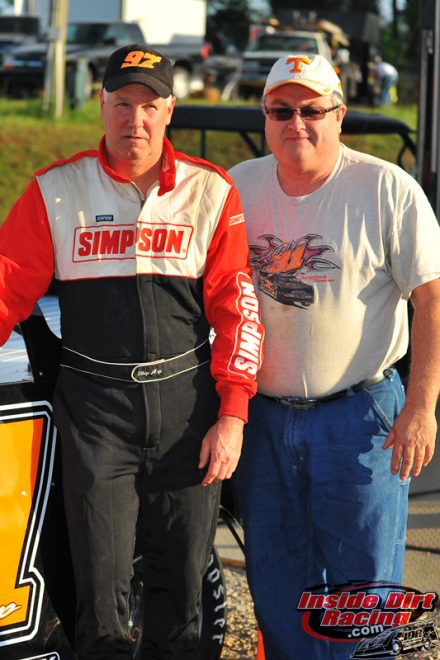 I have been racing for 40 years and have decided now is the time to hang my helmet up and retire.

I wanted to take this opportunity to thank everybody that has helped me and let them know how much I appreciate each and everyone of them for all their help and support,.

First of all, I want to thank my dad and mom for getting me started in racing and for all the help and support that they have given me. I couldn’t have done it without them and I appreciate them for all their help.

Next, I want to thank my wife, Janice, We have been married for 31 years and have been together for 39 years. And she has been there every step of the way. I think she has missed four racing and has supported and helped me the whole time. She has been my #1 fan through the good and the bad and I couldn’t do it without her.

There have been a lot of people that have helped me from the start and one of them was Gene Stinson. He always took care of me and let me pay him as I could and I will never forget what he did for me. I really appreciate him and his family.

I started racing for Butch Curtis in 1988 and was with him for 13 years. He is the one that got me to the national level with the touring series. He was a great owner, and he and his family are like family to use. And we are still good friends. I appreciate him and all that he has done for me.

I then raced for Donnie Crowder and the CROMAC team in South Carolina for three years. We won a lot of races together and had a lot of fun with them. They are a good bunch of guys and we made life long friends with them, and appreciate their help and friendship.

I want to thank Donnie Carroll, Bobby Giffin, and Kevin Gibson for all their hard work on the race car. I mostly want too thank them for their friendship, they are a good bunch of guys and I appreciate all their help.

I have raced with Stanley “Beaver” Best for the last 13 years and will hang up my helmet with him. Beaver has been another good car owner to driver for, and he and his family are like family to Janice and me. We appreciate everything he has done for us and that has been a lot! We appreciate him and family.

Another great friend who has helped me throughout the my career is Charlie Roberts. He was owner of Hoosier Tires and helped me out a bunch. I thank him for everything he did.

I want to thank Freddie and Naomi Smith for being partners in our driving schools and helping me with my racing when we traveled together in the Hav-a-Tampa days. We appreciate them and they are like family also.

One of the things I am most proud of is racing for GRT for the last 21 years and for Joe Garrison helping me get to the level that we got to. Joe has been a been a big part of my racing and consider Joe, Katie, and Julie Kate as part of my family. I appreciate him more than he knows.

I especially want to thank my family, friends, and fans for sticking with me and supporting me through my racing career. We have met so many good people and have met a lot of friends over the last 40 years. I am so thankful for each and every one of them. I couldn’t have done it this long without their help and support.

It has been a great career but is now time to move on. Thanks again to everybody! 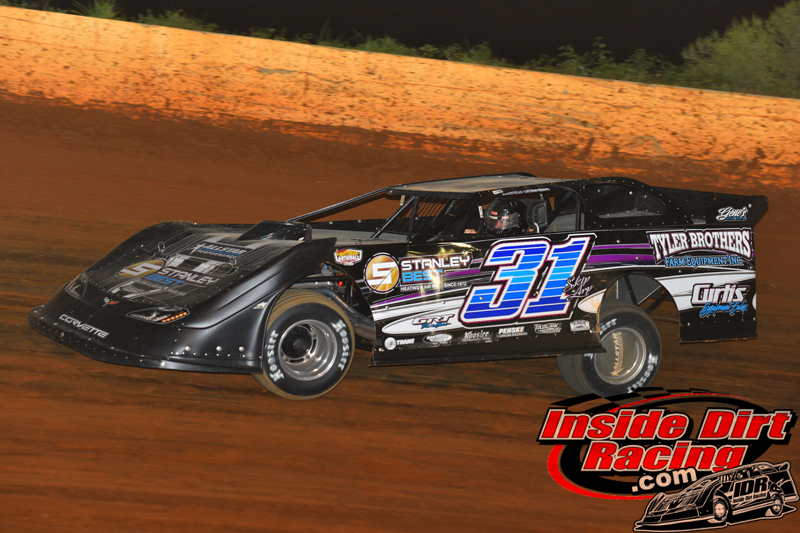 Skip Arp is his final race.