Following two years of struggles, there is renewed optimism at Smoky Mountain Speedway thanks to a slight ownership change and big plans for the future.

The last race of the 2018 season was the start of another new beginning for the 4/10-mile track located just south of Maryville, Tennessee. After several years of a partnership between Stanley Best, Larry Garner, and Roger Sellers, Sellers bought out the other two owners to become the sole owner of the historic speedway prior to the October 6 season finale.

Sellers was in the processing of retiring from his Tennessee RV business and selling it to Lazydays RV. Sellers decided to become sole owner of Smoky Mountain and invest some of his time and money into making it one of the area’s top dirt tracks.

“I bought the track from Stanley and Larry, knowing I had the dealership sold,” Sellers stated. “I knew the deal would close pretty quickly and would give me the cash flow necessary to buy the track outright and make the changes I wanted to make.” 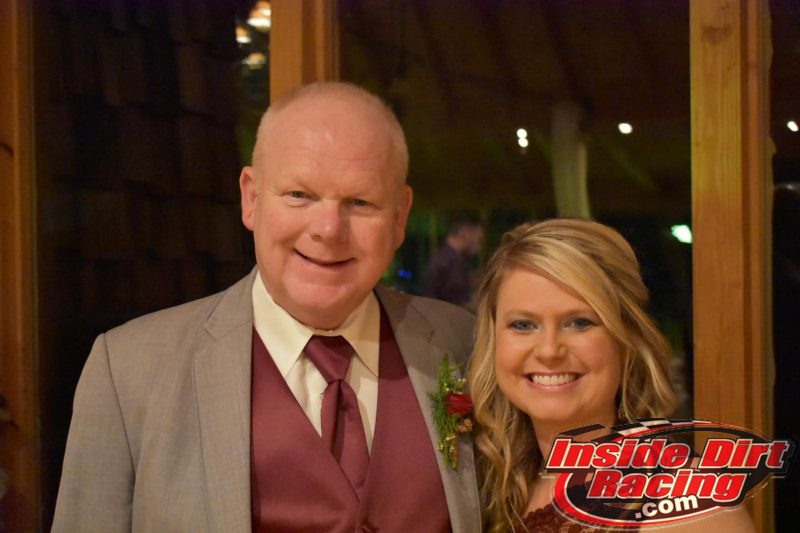 The final race of 2018 was Seller’s first as an owner. Many of those in attendance offered their support to Sellers the night of that race.

“It turned out to be a really good race,” Sellers said. “People seemed to be real positive and the flow went really good. It seemed to work out really well.”

Shortly after the final race, Sellers began purchasing new equipment for the track to get the track’s surface back into shape. Sellers has tapped Derek Blair to be in charge of the track preparation for the upcoming season. Blair had assisted Ricky Herron when Herron was in charge of track prep at SMS, Atomic, and other tracks.

After Sellers took over the speedway, he received numerous questions about his plans for the configuration of the track. Many have called for the track to be shortened, something Sellers looked into early in the process. Instead, he and his crew has worked on widening the corners in hopes of producing more side-by-side racing.

“A lot of people have been wondering what I’m going to do with the track,” Sellers said. “I looked at it. I asked a lot of racers what they thought about it. I talked to Jimmy Owens, I talked to (Jonathan) Davenport, and (Mike) Marlar. I talked to (Randy) Weaver, I talked to a lot of guys and they said they like the track, but realize it can be one-lane and kind of tough.”

“I talked to them about different configurations. And what I come up with, instead of physically going in and trying to shorten the track, I’m going to shorten it by widening it. That should also bring down the speeds some.”

Sellers discovered the turns were much narrower than anticipated. The usable groove on the straightaways came out around 55 feet. The turns measured 48 feet, making corner entry difficult for side-by-side racing.

Sellers’ crew began widening the turns. In the process, the banking has also been reduced. Prior to the changes, banking in the turns was 22 degrees. Sellers says it will be close to 16 degrees once the work is completed. 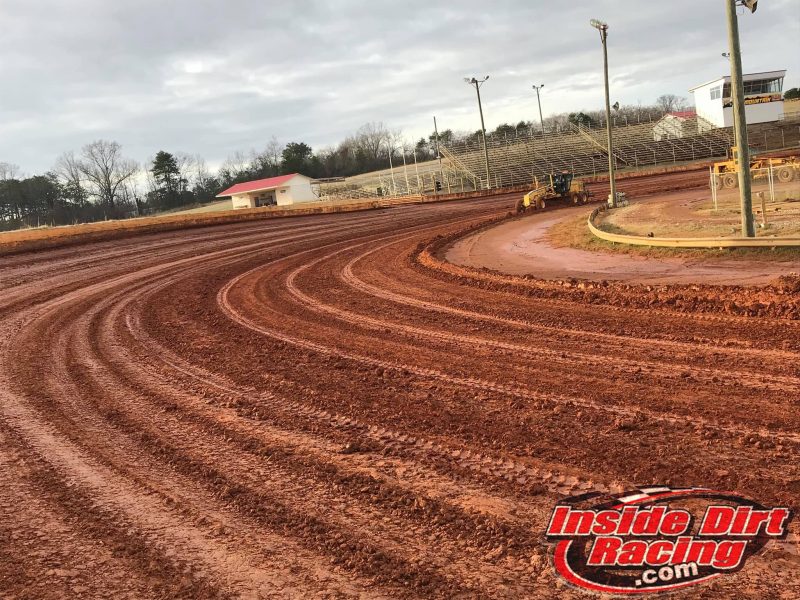 Work takes place in turns 1 and 2.

A new entry from the pit area onto the race track is also in the plans. An opening will be placed in turn two to help speed up the racing program. Sellers hopes that work will also be completed by the season opener on March 9.

New restrooms, a pavilion area, more gravel for the pit area and tier parking are just some of the changes that should be in place for the first race or soon thereafter.

“We have submitted plans for a new restroom building,” Sellers said. “We’re waiting on approval from the county. It will be nice when it’s finished. In the meantime, we’re leaving up the existing restrooms in case we’re not finished by the first race and will bring in some porta-potties.”

With the changes to the track and the overall facility, Sellers senses an renewed enthusiasm for the speedway.

“There’s a lot of energy going on right now,” Sellers exclaimed.” People are excited about it, people are expecting big things, and I want to show them big things.”

“We’re throwing everything at it this year to see what it will bring us. Honestly, I think we’ll continue to see it grow.”

Sellers’ long-range goal is to make Smoky Mountain Speedway one of the top racing facilities in the country. He has talked to the two national touring series about hosting a huge event in the future. 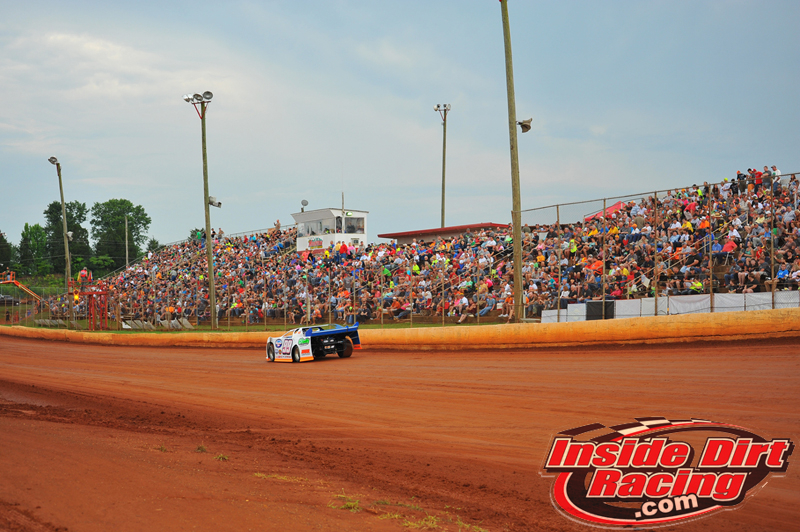 A capacity crowd at SMS in better days.

A change of local interest is adding several races for the limited late models and sportsman late models to this year’s schedule. Bigger purses and a points fund are being offered for a small number of races compared to running a full season.

“With our schedule for the steelheads and the sportsman, you can spend time with your family, go to other tracks, go to the beach or lake, and still win a championship,” Sellers stated.

Sellers said he hopes to have an open practice sometime in February to let drivers try out the track and give any feedback of the new configuration. A meeting is scheduled for Saturday, January 26 for limited late model and sportsman drivers looking to race during the upcoming season.

Sellers noted his daughter, Casey Moses, and Dustin Dunlap will continue with promoting the race track.