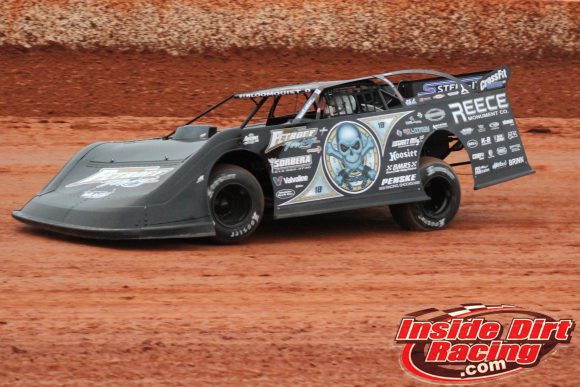 Scott Bloomquist will be back in his No. 0 at Eldora

After weeks of speculation it has been officially announced that Scott Bloomquist will return to the driver’s seat of his famed No. 0 Sweet-Bloomquist Race Car this weekend at the Dirt Late Model Dream. The National Dirt Late Model Hall of Fame star has been sidelined with serious leg injuries suffered in March of this year as the result of a motorcycle accident in Florida.

It was previously reported by the @SBR_TeamZero account on Twitter that Bloomquist would test his car on Tuesday night and the decision regarding whether or not he would race beginning Thursday night at the Eldora Speedway in Rossburg, Ohio would be made soon thereafter. The test went well as that same Twitter account, which was created following the news that Bloomquist had entered into a business partnership with racing promoter Cody Sommer, broke the news of the legendary driver’s return on Wednesday afternoon. A full story was also posted on ScottBloomquistRacing.com.

Further it was announced that Illinois racer Shannon Babb, who had originally been selected as Bloomquist’s replacement in the Show-me 100 until that race was cancelled due to severe storms, would pilot a second entry from the Bloomquist stable in the Dream. Babb had also been chosen to drive the No. 0 machine had Bloomquist not been able to participate at Eldora.

Here is the text from Wednesday’s tweet by @SBR_TeamZero:

Bloomquist is the eight-time and defending winner of the Dirt Late Model Dream. The winner’s share of the purse for the 2019 version of this crown jewel event has been upped to $125,000 from its previous payout of $100,000.

The last time Bloomquist raced was on February 16, 2019 when he finished 5th in a World of Outlaws Late Model Series race at Florida’s Volusia Speedway Park.