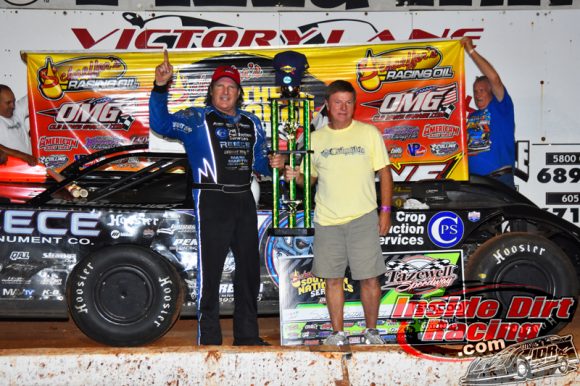 As has been well documented over the past several months, Dirt Late Model driver Scott Bloomquist was involved in a serious motorcycle accident last March that left him with significant injuries to his leg and hip.

Those injuries did not prevent the legendary driver from competing during the 2019 season as he returned to his No. 0 car at Eldora Speedway during the Dirt Late Model Dream event weekend in early June. However, it was apparent throughout the remainder of the campaign that the National Dirt Late Model Hall of Fame member was hampered by the wounds he suffered as he exhibited a limp and difficulty of movement, particularly when getting into and out of his race car.

On Thursday morning Bloomquist underwent hip replacement surgery with the hope of improved movement and a reduction of pain associated with his injuries being the end goal.

Here is the tweet from @SBR_TeamZero announcing the success of the surgery:

Update.. Surgery went extremely well & @Bloomquist_0 is now in recovery. He will head back home to Mooresburg tomorrow! All positive thoughts & wishes are very appreciated by Scott & everyone here @SBR_TeamZero throughout the recovery process! #NoWeakLinks pic.twitter.com/hv5f4N7p8K

According to an announcement made during the off-season, Bloomquist and Scott Bloomquist Racing teammate Chris Madden hope to contend for the World of Outlaws Morton Buildings Late Model Series championship in 2020 with sponsorship from Drydene Performance Products. After three races held during early January at New Mexico’s Vado Speedway Park, Bloomquist sits seventh in the series standings just 38 points behind leader Brandon Sheppard.

The bigger issue for Bloomquist is that of timing. With his surgery having been completed on January 16th, he will have just about one month of recovery time before the next WoO Late Models points race to be held at Volusia Speedway Park in Florida on February 12th.

According to the website orthogate.org, the average short-term recovery time for hip replacement surgery is 4-6 weeks. The races at Volusia are just under five weeks away. Based on that time frame, Bloomquist could be ready to race by then. That same site declares that long-term recovery could take anywhere between one and six months based on the patient.

Bloomquist has already beaten the odds once with this situation as many believed he would not be ready to race in time to make last year’s Dream. 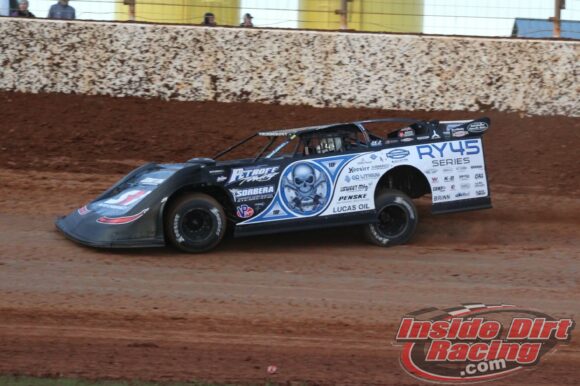 Scott Bloomquist in his familiar No. 0 Sweet-Bloomquist Race Car

After the SpeedWeeks events in Florida have concluded, the WoO Late Models do not race again until March 6th & 7th at Duck River Raceway Park and Smoky Mountain Speedway in Bloomquist’s home state of Tennessee. The rest of the spring schedule is somewhat sporadic with open weekends sprinkled in among race dates throughout March and April.

According to the website linked above, “Patients should be prepared for hard work, some pain and an expectation that the future is going to be bright.”

It appears as if Bloomquist is in for some physical therapy and exercise if he is to recover for full-time racing activities.