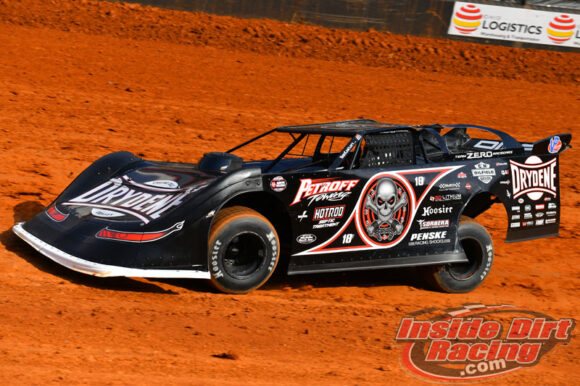 There is no doubt that Scott Bloomquist is one of, if not the greatest, Dirt Late Model racers of all time. However, the last few years have been a bit lean for the legendary 58-year-old driver from Mooresburg, Tennessee. Very few wins and no championships have fallen in the National Dirt Late Model Hall of Fame member’s favor since a devastating motorcycle accident back in March of 2019.

That accident did significant damage to Bloomquist’s right leg and hip which required surgery and a great deal of therapy and recovery time. Since then, the driver who has won the Dirt Late Model Dream at Eldora Speedway an unprecedented eight times along three Lucas Oil Late Model Dirt Series championships over the course of his career has not been able to maintain that level of success. Various health issues have either hampered his driving or have kept him out of the seat altogether since his accident.

On Saturday night, Bloomquist joined Mav TV announcers James Essex and Bob Dillner in the broadcast booth for a short time during that network’s airing of the final event in the Wrisco Winter Nationals for the Lucas Oil Late Model Dirt Series at Tampa’s East Bay Raceway Park. The three talked about several subjects related to racing but they also discussed the driver’s current physical status.

“I’m feeling good, really good,” Bloomquist replied when asked how he is feeling. “I’m looking forward to doing some racing this year.”

The leader of Team Zero recently had surgery to aid a bout with carpal tunnel syndrome. A long career of not only gripping the steering wheel of a Dirt Late Model but also grinding on tires and the other activities that revolve around this form of racing have no doubt taken their toll over the years.

“Yes, I had it on my elbow and wrist,” he answered when asked about the carpal tunnel surgery. “I’m doing real well. It seems to be a pretty quick recovery for that. I was going to do the other arm right after but I think we’re going to put that off until next fall.” 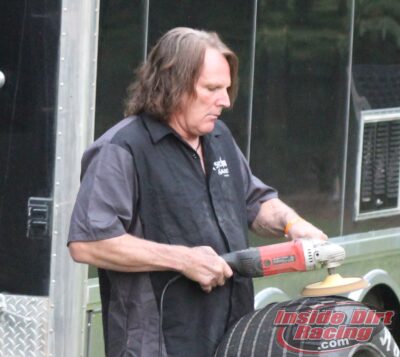 Bloomquist also had surgery to repair a damaged rotator cuff in his shoulder last year.

“I just had a steroid shot in it so it’s feeling awfully good right now,” he said with a laugh when asked about the healing from that operation.

But the biggest question for whether or not he can not only return to racing but be competitive at it centers on his damaged hip. Last season, Bloomquist reported that his leg would go numb during some races which resulted in him not being able to feel the pedals with is feet. Obviously, that is a major road block to success in any form of motorsports.

“The hip is great, it’s doing well,” Bloomquist declared. “That helped us a lot at the end of last year the way we padded the seat to where I kept the weight off my replacement hip and kept it on the other one. It made a big difference in the leg not getting numb when I race.”

So, when and where will Scott Bloomquist race in 2022?

“I’m just really focusing on the races that are $20,000 and up. I plan on running with all the series as much as possible. We’ll be at Bristol in March and then we’ll go from there.”

The second edition of the Karl Kustoms Bristol Dirt Nationals on the dirt covered surface of the Bristol Motor Speedway are slated for the weekends of March 25th & 26th as well as April 1st & April 2nd. Each of those four features will pay $50,000-to-win.