The World of Outlaws Morton Buildings Late Model Series headed to the Fairbury American Legion Speedway this weekend for one of its most lucrative and highly anticipated events of the season. The Illinois facility that has become known for great racing and an electric atmosphere during its annual Prairie Dirt Classic kicked off the two-day show on Friday night with preliminary racing action that will serve as a set up for the $50,000-to-win main event on Saturday night.

Brandon Sheppard not only enters this event as the WoO Late Models points leader but also as the defending champion of this prestigious Prairie Dirt Classic.

The first order of business on Friday night was to stage qualifying that would set the field for the four Showdown feature races to be contested. A total of 74 cars made attempts during the fast paced time-trials session.

The top-4 finishers from each of the 25-lap Showdown races would earn a spot in the 31st running of the Prairie Dirt Classic. Those who will make their way into the PDC through the Showdown races will be entered in one of the Last Chance Showdown contests to be held on Saturday prior to the 100-lap feature. 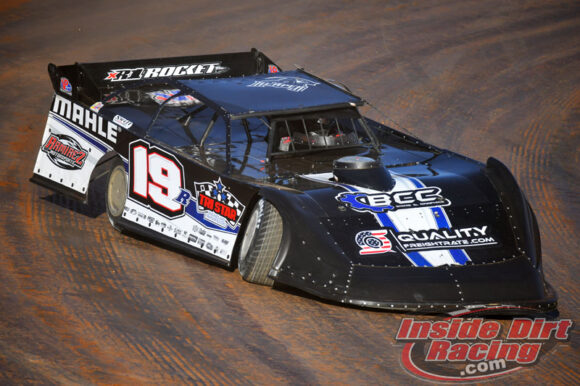 Showdown 1 Recap: Ryan Gustin of Marshalltown, Iowa started this race from the pole and led all 25 circuits of this race to capture the win. Three-time PDC champion Shannon Babb charged all the way up from his 13th starting position to finish in the runner-up spot while Chris Madden and Chris Simpson would also earn starting spots in the main event out of this race. 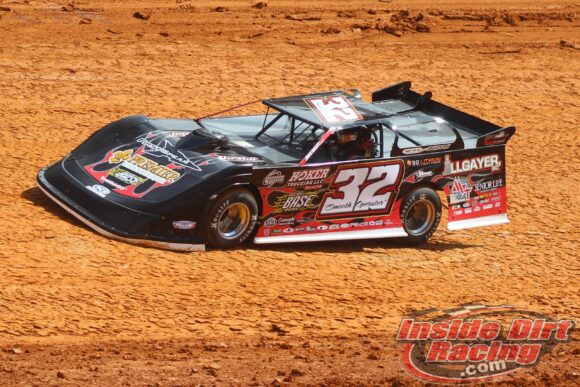 Showdown 2 Recap: Jonathan Davenport got out to the early lead in this one but was eventually chased down by Bobby Pierce. As the laps clicked away, the Oakwood, Illinois driver waited for the right time then made his move. With slower traffic playing a role, Pierce was able to get around Davenport for the lead on lap 19 then drive on to the win. Davenport, Brian Shirley and Tyler Bruening would also earn places in Saturday night’s main event out of this race. 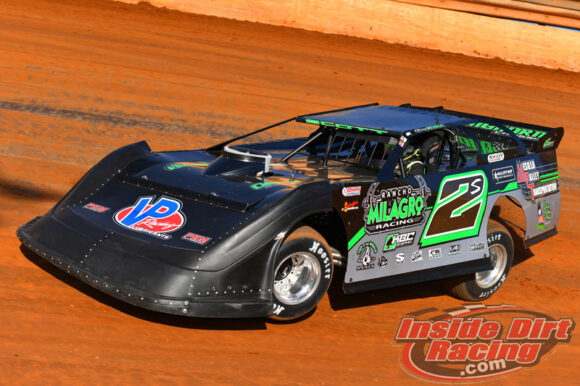 Showdown 3 Recap: The first two Showdown races were relatively tame. The third race proved to be anything but tame.

Kyle Larson started from the pole and went to the early lead with Stormy Scott and Chris Ferguson fight for second just behind the No. 6 machine. Scott emerged from that battle with the runner-up spot but had no intention of staying there for very long as he moved in to challenge Larson for the top spot soon thereafter.

On lap 5, Scott’s efforts proved fruitful as he wrested the lead away from Larson. Further back, Spencer Hughes looked like a serious threat as he moved into third and looked capable of more. Hughes stepped up to take on Larson for second on lap 10 with Brandon Sheppard also joining the mix.

Sheppard muscled his way around Hughes on lap 14 just before Hughes slowed to bring out a caution with a flat tire.

Once the race restarted, Scott was able to maintain the race lead leaving everyone else to fight for position. 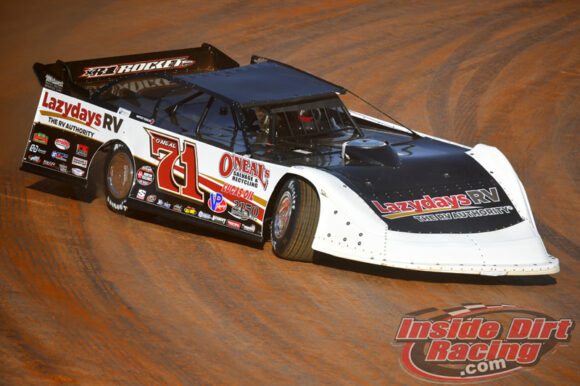 Showdown 4 Recap: Hudson O’Neal bolted to the early lead with Jimmy Owens working to keep pace. Those top-2 drivers broke away from the pack leaving the likes of Chase Junghans, Allen Weisser, McKay Wenger and Gordy Gundaker to fight for the remaining transfer positions. O’Neal eventually pulled out to a lead of a full straightaway over Owens with the rest of the field even further behind.

Weisser crossed the finish line fourth and seemingly locked into the main event but was penalized three finishing positions due to a ‘droop rule’ infraction that was found during post-race inspection. As a result, Wenger was lifted to the final transfer spot.