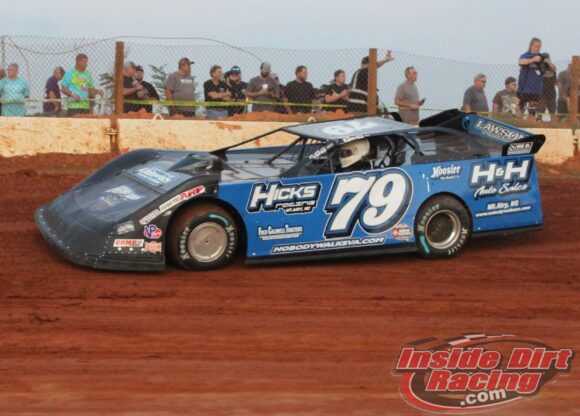 Ross Bailes will start the Woolridge Memorial from the pole

Ross Bailes earned the pole for the feature by winning the first heat race ahead of Scott James, Henry Hornsby III and Tommy Bailey then Jared Hawkins topped Derek Fisher, Michael Chilton and Larry Martin Jr. in the second preliminary.

B-main races will be held on Saturday to set the remainder of the starting grid for the 59-lap feature.