On Friday afternoon it was announced that three-time World of Outlaws Morton Buildings Late Model Series champion Darrell Lanigan would take over the driver’s seat of the Barry Wright Race Cars house car to seek a fourth title on that series in 2020. The Union, Kentucky racer will leave his own team and chassis building business to work with the operation based out of Cowpens, SC that has in recent years fielded cars for drivers such as national touring series stars Jonathan Davenport, Jimmy Owens and Chris Madden. 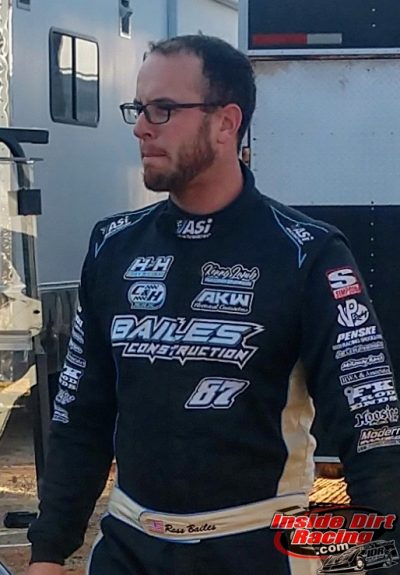 That announcement, however, pushed the most recent BWRC house car driver out of his ride. Ross Bailes won seven feature events for that team in 2019 including a Lucas Oil Late Model Dirt Series race at 411 Motor Speedway in Seymour, Tenn. and a WoO Late Models event at Cherokee Speedway in Gaffney, SC.

The 30-year-old Bailes made a statement regarding his parting with the Barry Wright Race Cars house car team on Friday night via the @RossBailesRacin Twitter account.

Here is that three-part statement:

“My fiancé, family, family business, and family/friend sponsors have supported my racing for the last 15 years with the goal of racing a national touring series one day. We all would love for that opportunity to happen.

If it did, they would gladly support me after all the hard work put in over the years. I wish the offer would have ACTUALLY been presented to me for 2020 but that wasn’t the case. Our goal remains to reach the big leagues one day.

Until then, we will keep digging and try to win as many races as possible. Thanks to all that have supported my racing in the past as well as the future.”