Ronnie Johnson still loves racing even in an ever-changing world 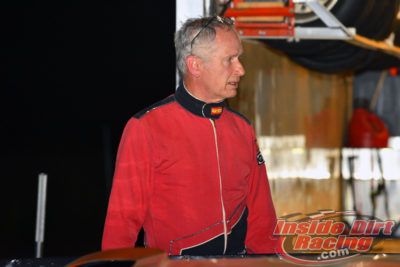 There isn’t much in the world of Dirt Late Model racing that Ronnie Johnson hasn’t accomplished. The Chattanooga native is already a member of the National Dirt Late Model Hall of Fame. After more than four decades in the sport, his feature wins are literally numbered into the hundreds and include major events such as the 1994 Dirt Track World Championship.

So with all of those accomplishments, does the driver known as ‘The Chattanooga Flash’ still love racing as much as he always has even under what are sometimes more difficult circumstances than earlier in his career?

“That’s why I’m here,” Johnson replied to InsideDirtRacing.com prior to the Southern All Stars Dirt Racing Series event recently held at the I-75 Raceway in Sweetwater, TN. “It’s a struggle at times to get there now. All the stuff it takes to compete with, you know, we’ve got more and more stuff so that’s more and more maintenance. Technology has changed and it’s just really hard to get from one race to another anymore. It’s way different than it was back when I first started.” 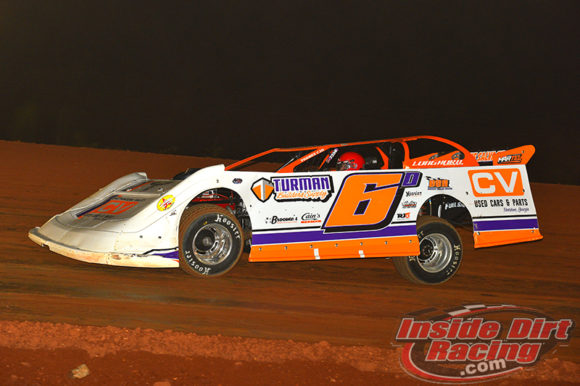 Ronnie Johnson in action at I-75 Raceway

There are very few moments during an average day in which Johnson isn’t thinking about racing.

“This is what I live for,” Johnson declared. “I go to bed at night trying to figure out how I can get there and how we can be better than the last race. It absolutely consumes my life. I haven’t got to race a lot this year but I love to compete and with the time and effort and the money somebody has to put into it, you certainly want to get some results.”

With a career in racing that has stretched over multiple decades, Johnson has seen numerous changes. While there may be some aspects of the sport that resemble how it was when he first began, there have also been some major changes.

The role played by engineering has come to be a major determining factor in winning races. Preparation done at the shop before the car ever arrives at the track is perhaps even more critical than it ever has been. But at the same time, Johnson insists that the driver and his abilities cannot be discounted by any team seeking trophies.

“I feel like it’s a combination of all of the above,” Johnson explained. “The driver has to do his job but to carry on an intelligent conversation with the other drivers you’ve got to know a little bit about the technology. And obviously, the more you understand your car, the better you’re going to be.” 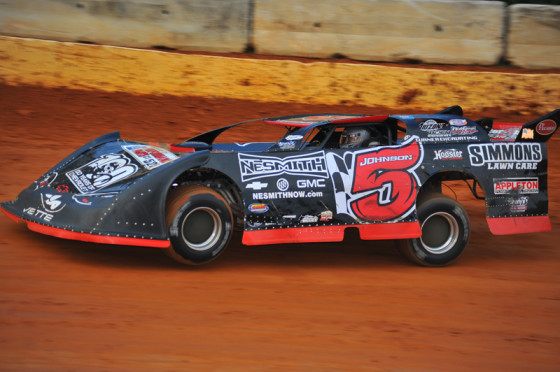 Ronnie Johnson in his legendary No. 5 machine

Johnson tries to avoid the pitfall of following old habits when those habits stop leading to success. While some things about the car may be similar to how they were years ago, other important changes have been made so it is important for any driver, veteran or otherwise, to keep up with the times.

“For someone like me that’s raced for over 40 years, sometimes you get caught up in what you used to do but the rule book is out the window on that,” Johnson said. “Honestly, the chassis itself is not a lot different from what it’s been in the past, but the approach that you take setting the car up and the changes that you make as the night goes on have certainly changed. Now, it’s little minute adjustments that are made and the key to it all is making the right changes at the right time.”

And finally, the legendary driver adds that this is a sport that will always be in a state of progression.

“It’s just amazing how much things have changed over the years and you can see more of that as time goes on.”