The Smoky Mountain Speedway Hall of Fame is excited to announce the 2018 class that will be inducted on Saturday, August 25 at the speedway.

Committee members recently met to discuss numerous candidates in three categories: drivers, contributors, and asphalt driver. The committee received numerous public nominations as well as making their own nominations at the meeting.

Ronnie Johnson and Rocky Estes are the two that were selected under the driver’s category. Johnson is already in a number of halls of fame. He cut his teeth racing at Cleveland Speedway and later made numerous visits to Atomic Speedway and Smoky Mountain Speedway racking up many wins at both tracks.

Estes followed in his dad’s footsteps, the late Herb “Tootle” Estes, into dirt late model racing. Estes made a name for himself with numerous wins at both Smoky Mountain Speedway and Atomic Speedway. He will join his father in the hall of fame. 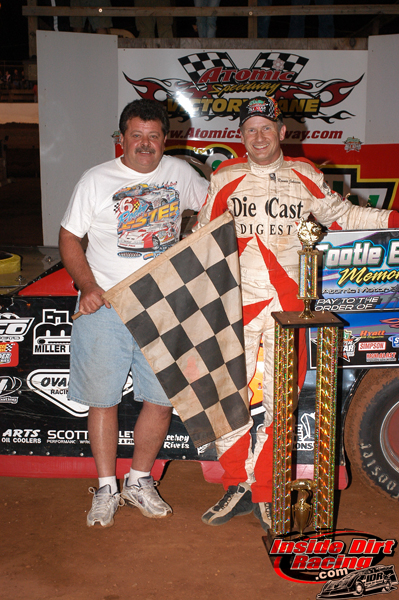 Bill Breeden is the selection for the driver from Smoky Mountain’s asphalt era. Breeden was a fixture in the six-cylinder division known as the Hobby class at Smoky Mountain Speedway where he racked up many wins. Breeden went on to race on dirt as well.

Jimmy “Pup” Thomas and Roger Kerr were selected as contributors to the sport. Thomas is well known for his work with Hoosier racing tires throughout the years. Thomas has also helped many drivers and has been involved in countless fundraisers for injured drivers, crew members, and even track officials.

Kerr is the son of the late J.T. Kerr that helped his dad build the Stinger racing chassis. Kerr also helped run the family parts business and later started his own business. Kerr has also been a car owner for several drivers. In addition to joining his father in the hall of fame, he will also join his brother, the late Tommy “Big Un” Kerr.

The induction ceremony will take place at the speedway on Saturday, August 25 during the intermission of the night’s racing program. Each new member will receive a letter stating their selection into the hall of fame and information about the ceremony. Details will also be posted on the track’s web site at www.SmokyMountainSpeedway.com. Plans are to have a number of current hall of fame members as well as some special guests to be on hand for an autograph session for the fans.