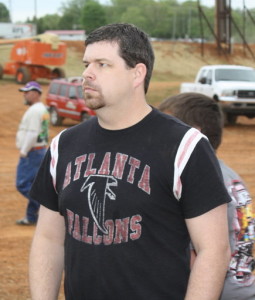 Riley Hickman didn’t necessarily plan on going for the Southern All Stars Dirt Racing Series title when the 2013 season began, but he did plan to race as many times as he possibly could. As it turned out, he did both win a championship and race a lot.

So what did he think of his most recent racing campaign?

“I can’t complain,” Hickman said. “We’ve had a pretty good season. I think we ran 73 or 74 races all together, combined with what all we were doing this year from super racing to crate to steel head. We’ve been here and there a lot.”

Hickman regularly competes in Super, Limited(Steel Head) and Crate Late Models on tracks in and around east Tennessee.

“We weren’t totally for sure what we were going to run,” the Chattanooga driver stated. “We knew we were going to run a series, but we just didn’t know what. At one point, we were leading the points in three different series(SAS, SRRS & Ultimate). Finally, they started overlapping and we had to pick where we were going to go. The Southern All Stars deal was just more convenient for our racing schedule for where all we wanted to race. We didn’t have to go so far away from home and it was just a good fit for us.” 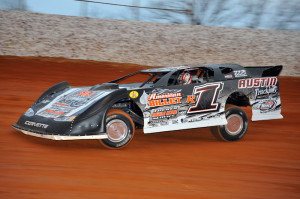 Hickman has to choose his races carefully as he works his racing schedule around a full time job. He is employed buy Hickman Manufacturing, a family owned business that provides services within the textile industry.

“I tell people that I try to stay within and eight hour window,” he explained. “I work a regular job so I have to be here as much as I can. So being closer to home helps me out with that.”

And while Hickman works at that job, his CVR race cars are well taken care of by veteran crew member Brad ‘Urkel’ Carvin. 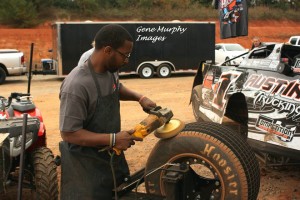 “Urkel keeps up the cars when he comes in during the week,” Hickman said. “I do what I can and he finishes everything up and gets us ready to go.”

The pairing of driver and crew member planned on doing a lot of racing prior to the start of the season, but even Hickman was surprised at just how much they were able to get in.

“Before the season started, Urkel and I got to talking and he figured we were going to run eighty-some-odd races. At that point in time, I looked at him and said ‘I don’t see that happening’. But as it happened, we ended up with 73 or 74 races. And if not for some rain outs, we might’ve been up there close to eighty.”

Hickman says it makes financial sense to have the option to race in all three classes. Further, when he isn’t racing anywhere else, he likes to take either his Limited or Crate car to Ringgold, Georgia’s Boyd’s Speedway near his home because his knowledge of that track provides him with a solid baseline for setups.

Already looking forward to 2014, Hickman doesn’t plan to let up on his hectic schedule. And he may even add another class to his repertoire.

“I’d say we’ll probably do close to the same thing,” he said. “I’m not real sure as far as the series stuff goes, but I do know I’m going to try to run some of that 525 series stuff. I’d like to go run some of those races because Mike Vaughn is pushing that series pretty hard, and I don’t see anything but good coming out of that whole deal. It’s a cheaper way of going racing for the weekly racer that used to run supers every week.”

Riley Hickman will be formally crowned as the 2013 Southern All Stars Dirt Racing Series champion at their banquet on December 21 in Knoxville.