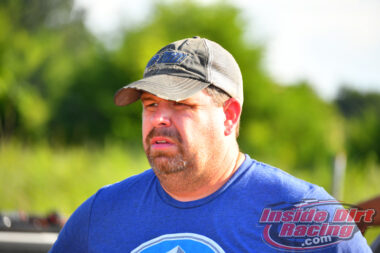 There was no shortage of action during the 11th annual Hangover event held this past Saturday at 411 Motor Speedway in Seymour, TN. For one driver in particular, an unwanted type of action occurred in the very early going.

During hot laps for the $5,000-to-win Super Late Model race, the machine driven by Cleveland, TN racer Riley Hickman went for a wild, flipping crash in turns one & two that ultimately saw the car come to rest on its top with the veteran driver left hanging upside-down in his seat.

The track’s safety crew were on hand quickly and were able to extricate the 42-year-old driver in relatively short order. Hickman walked away from the wreckage under his own power.

Following the incident, the four-time Southern All-Star Dirt Racing Series champion reflected on what had happened. He offered praise for the safety features of Savage Race Car he was driving and to Jason Welshan of Competition Racing Equipment for allowing him to come away essentially unscathed. 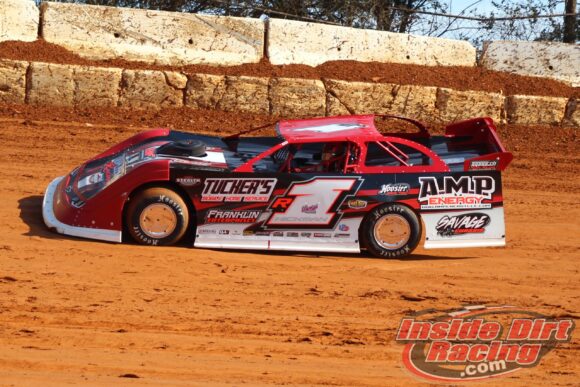 Riley Hickman’s No. R1 Savage Race Car just moments prior to the incident

“I’m a little sore but that’s kind of normal for turning one over and I’ve got a little bit of experience turning one or two over, but we’re okay,” Hickman told InsideDirtRacing.com in the 411 pit area. “It’s just sheet metal, we can fix it and go on. Jason’s Savage Race Car held up really well around the roll cage and everything else. I can’t complain, I’m still walking and alive back here talking to you guys so that’s a plus. We can fix everything else.”

Hickman endured a similar looking incident in a Southern All Stars event at I-75 Raceway in Sweetwater, TN last August. That rollover crash during the feature race, however, was set off by a multi-car incident that happened ahead of the No. R1 machine and ended with the car coming to rest on its wheels. 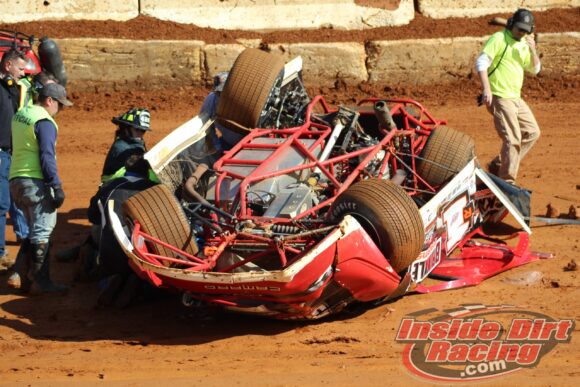 Hickman’s car came to rest on its roof

He also stated his belief that this race’s lack of a so-called ‘droop rule’ employed by series such as the World of Outlaws Morton Buldings Late Model Series and the Schaeffer’s Oil Southern Nationals family of series played no role in this crash. That rule employs a chain attached to a collar or bearing type mount on the left rear axle tube between the birdcage and the edge of the left rear bell of the axle housing and to the left rear frame directly above the chain mount on the rear axle. The purpose of the rule is to limited the height of the left rear of race cars as they go through turns in order to prevent rollover crashes on rough tracks or when contact has been made between cars.

“I told my wife a little while ago that I’ve turned over more stuff in the last six or eight months than I have in twenty years of racing,” Hickman recounted. “It’s getting kind of old, but it is what it is. It doesn’t matter with a droop rule or no droop rule, things happen. It’s out of your control and all you can do is hope you’ve got good safety equipment- Hooker Harness, Butlerbuilt Seats, our race car is a top notch race car as far as the chassis goes. Good safety devices will take care of you, and that’s all I can hope for.”

While waiting for the safety crew to arrive, Hickman had time to consider his situation.

“It wasn’t too long,” the driver said of the time it took for the track personnel to arrive on the scene. “I was just more mad about everything, just sitting there reflecting on how much time and effort you put into this stuff and it doesn’t take but just one lap to destroy it all. I’m kind of glad that it happened now, early on in the night. We’re not invested in a lot of things all night long then doing it in the race. Luckily, nobody else was involved. We’ll just go on.” 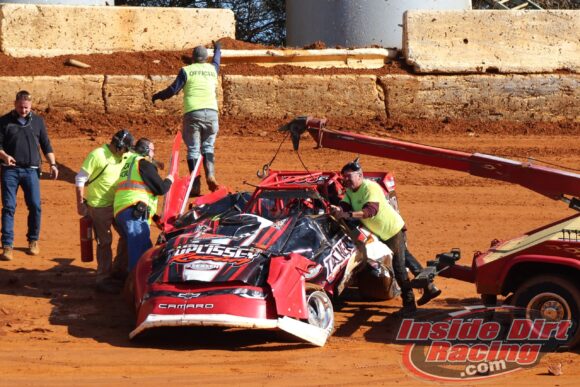 The car after being righted by the safety crew

Hickman also pointed out that the new car, which was only entered in its second race, could be repaired with a new front clip. Having spent the closing weeks of the 2020 season as the promoter and operator of the Boyd’s Speedway in Ringgold, GA, he added that he held no fault with 411 Motor Speedway or anyone else for the accident.

Our post-crash interview with Riley Hickman: