Ricky Weiss subs for Bloomquist on Wednesday at Volusia 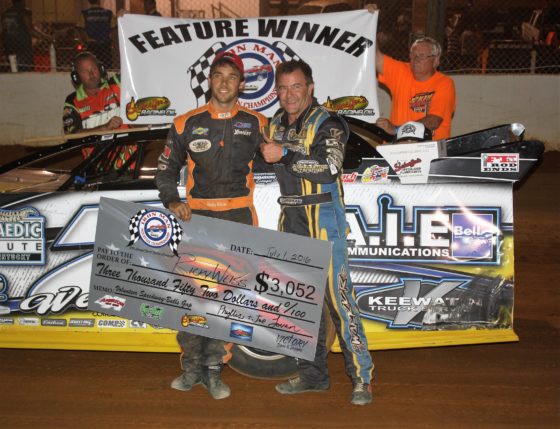 Ricky Weiss accompanied by engine builder Vic Hill in victory lane at Volunteer Speedway back in 2016.

There was a very familiar car being driven by an unfamiliar driver as the World of Outlaws Late Model Series opened its season on Wednesday night at Florida’s Volusia Raceway Park. The No. 0 car normally piloted by National Dirt Late Model Hall of Fame member Scott Bloomquist was being handled by Canadian racer Ricky Weiss while Bloomquist was away from the track to attend a ceremony honoring his Sweet-Bloomquist Race Cars chassis building partner Randy Sweet.

Weiss has been working in the Bloomquist shop in Mooresburg, Tenn. for several weeks and has accompanied the legendary driver during the team’s two weeks spent during Georgia-Florida SpeedWeeks. He has served in a number of capacities for the leader of Team Zero while at Golden Isles Speedway, East Bay Raceway Park and Bubba Raceway Park as Bloomquist ran races as a regular on the Lucas Oil Late Model Dirt Series.

The young driver competed in his own Sweet-Bloomquist Race Car back in January where he scored two victories and a total of four podium finishes in the Wild West Shootout in Queen Creek, AZ.

Weiss was 17th fastest in Group A time-trials with a lap of 16.179 seconds. Tim McCreadie led the session with a track record lap of 15.635 seconds. Weiss then finished 5th in the second heat race of the night behind winner Chris Madden and had to race in the Last Chance Showdown.

Weiss finished third in the first LCS. With the top-2 transferring to the feature, that ended his night. Bloomquist is expected to be back in the No. 0 machine on Thursday evening at Volusia. 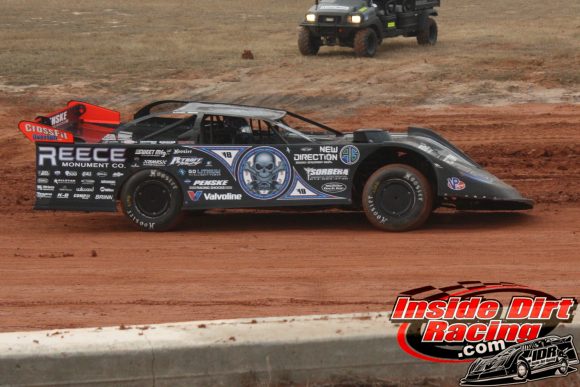 Ricky Weiss substituted for Scott Bloomquist on Wednesday at Volusia