Home Blogs Ricky Thornton, Jr. must be considered a nightly threat in 2021

Ricky Thornton, Jr. must be considered a nightly threat in 2021 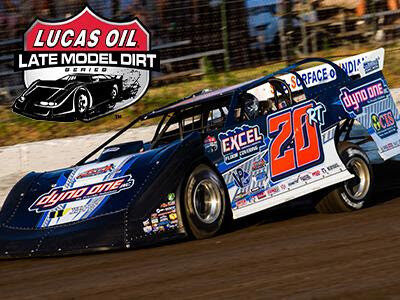 The Keyser Manufacturing Wild West Shootout has confirmed something already believed by many going into this 2021 season. Ricky Thornton, Jr. and his SSI Motorsports team will be threats to win races and perhaps even contend for a season-long championship. So far, the former Modified star has accumulated one Super Late Model win and a second place finish in the two features held so far in the desert southwest.

Perhaps the most important aspect of those finishes has been who the 30-year-old Thornton has been battling. He and three-time Lucas Oil Late Model Dirt Series champion and fellow Longhorn Chassis driver Jonathan Davenport have traded first and second place finishes on the first two nights of competition at FK Rod Ends Arizona Speedway in Queen Creek, AZ.

Thornton and his team have indicated that they will take on the full LOLMDS schedule and all the competition that goes along with such a decision in the upcoming campaign.

Certainly, two unsanctioned races into a long season is not enough of a sample size on its own to make bold predictions, however, Thornton showed last season that he is more than capable of winning big races. He captured the LOLMDS-sanctioned $20,000-to-win Pittsburgher 100 at Pittsburgh’s Pennsylvania Motor Speedway in October. Prior to that, the Arizona driver had scored another $20,000 victory in the Drydene Double Down Invitational at Jackson(MN) Motorplex in May.

The SSI operation has experience competing on the Lucas Oil Late Model Dirt Series having done so with driver Hudson O’Neal from 2017-19 with a high finish of 7th in the final standings in 2019 with the Martinsville, IN driver.

Will a couple of podium finishes in the Wild West Shootout alone guarantee that Ricky Thornton, Jr. will be a threat to win a Lucas Oil Late Model Dirt Series championship? The answer to that is of course not. However, these results combined with those of last year do indicate that this driver will be a threat to win races and give other teams something to worry about all season long.